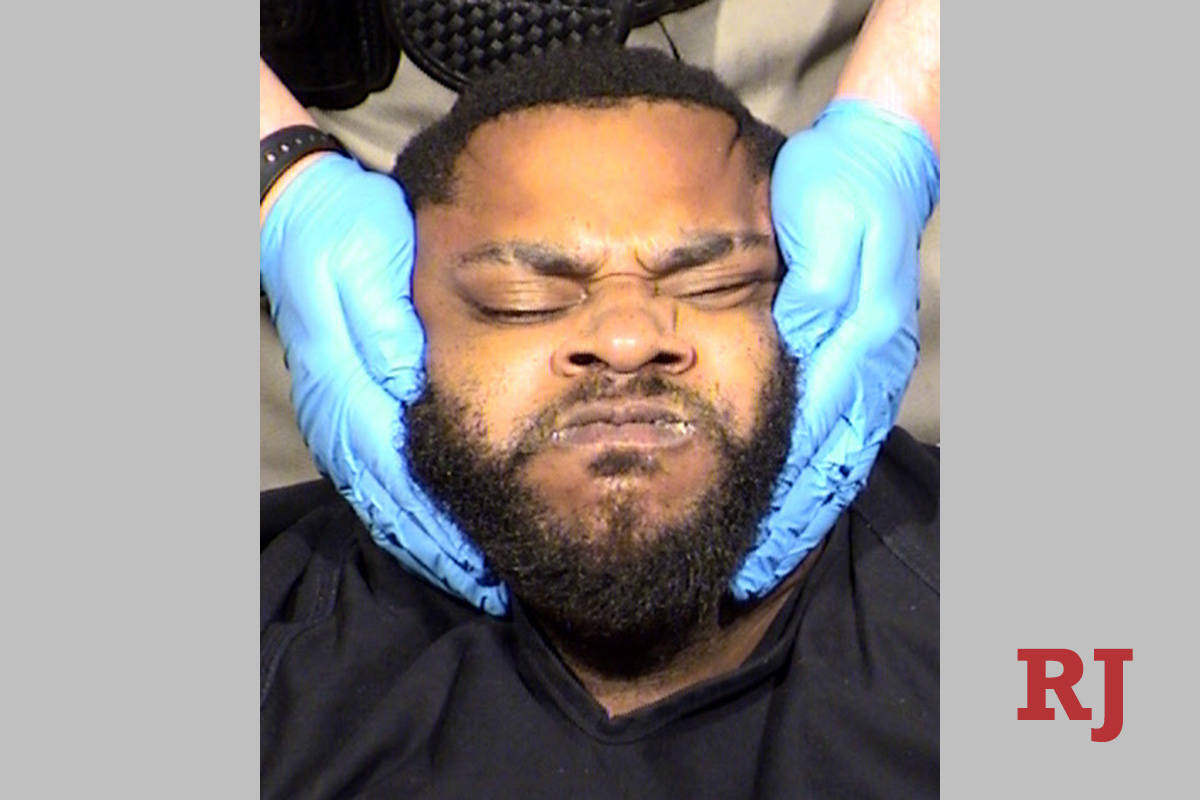 The father accused of throwing his nearly 2-month-old infant 22 feet to her death was in custody at the psychiatric ward at the Clark County Detention Center on Tuesday, Justice of the Peace Eric Goodman said during what would have been his first court appearance.

The public defender’s office said it would represent Clarence Martin Jr., who was scheduled for a 72-hour hearing that was continued because of his absence.

Martin faces charges of open murder, first-degree arson, torture of an animal and battery on a protected person in connection with the deadly dispute that unfolded around 3:45 a.m. Saturday at the Positano Apartments on 10115 Jeffreys St.

During the domestic dispute, Martin’s baby, identified Monday by the Clark County coroner’s office as London Martin, died of blunt force head trauma, and her death has been ruled a homicide.

According to Martin’s arrest report, Nicole Poole, the baby’s mother and Martin’s fiancee, told Las Vegas police that she awoke the morning of the dispute to Martin kicking her and London, who was also asleep with her on the bed.

Poole said she went into the living room with the baby, but Martin followed and took London from her. He stepped out onto the balcony with London, the report says. Seconds later, he returned without her.

“Poole ran outside and discovered her baby laying on the ground in the parking area,” the report states. “She ran down and picked her baby up, ran southbound through the complex because she thought Martin was chasing her.”

Meanwhile, according to the report, Martin set fire to the living room, killing his family’s poodle, which was found dead inside a cage.

He led police on a chase that would eventually end at McCarran International Airport. He crashed his fiancee’s Mercedes-Benz at least three times, and once rolled over on the 215 Beltway, near the airport connector tunnel, police have said.

Poole told police that Martin has a history of “mental issues” and had not eaten or slept in the days leading up to the dispute.

The two have been together for four years, but Poole said she had not “seen any issues” with Martin’s mental health until this month.

Goodman set a preliminary hearing in the case for Nov. 10.