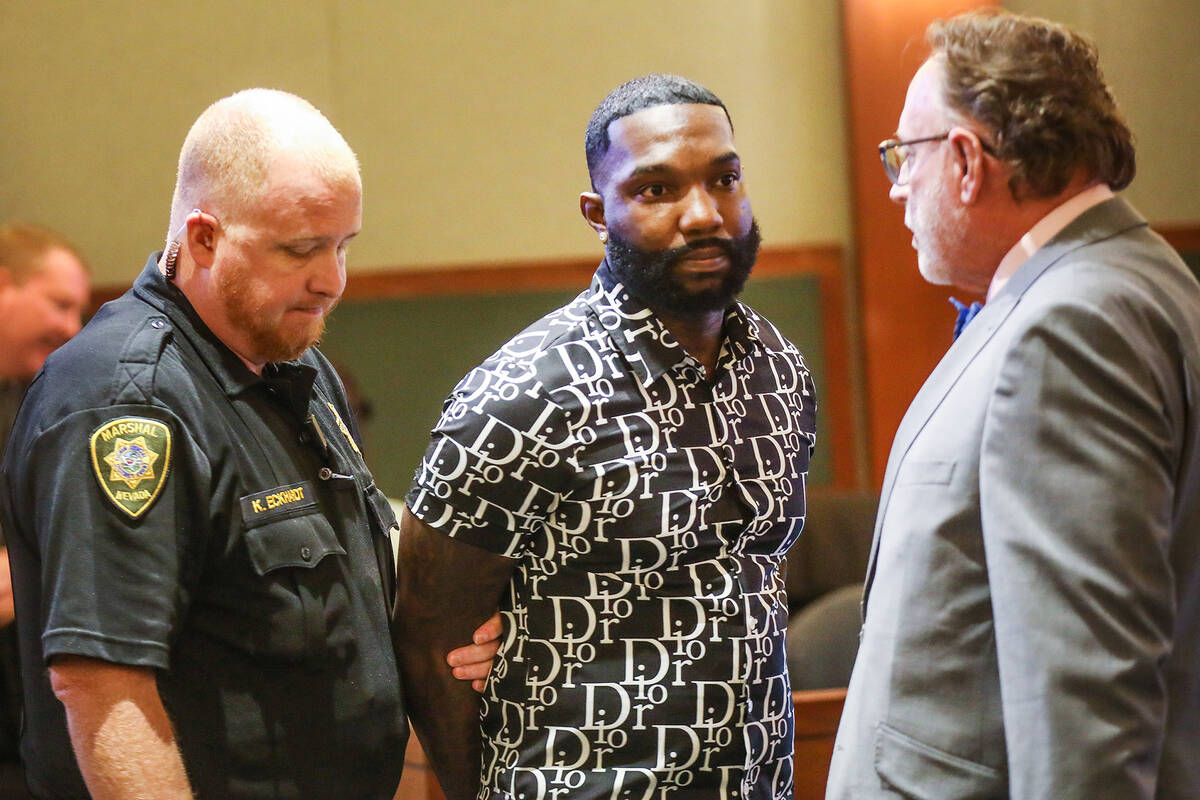 Sidney Deal is taken into custody on Monday, April 18, 2022, at the Regional Justice Center in Las Vegas after being sentenced to probation and 30 days in jail for a gross misdemeanor charge of child abuse, neglect or endangerment. His toddler died after she was left in a hot car in October 2020. (Rachel Aston/Las Vegas Review-Journal) @rookie__rae 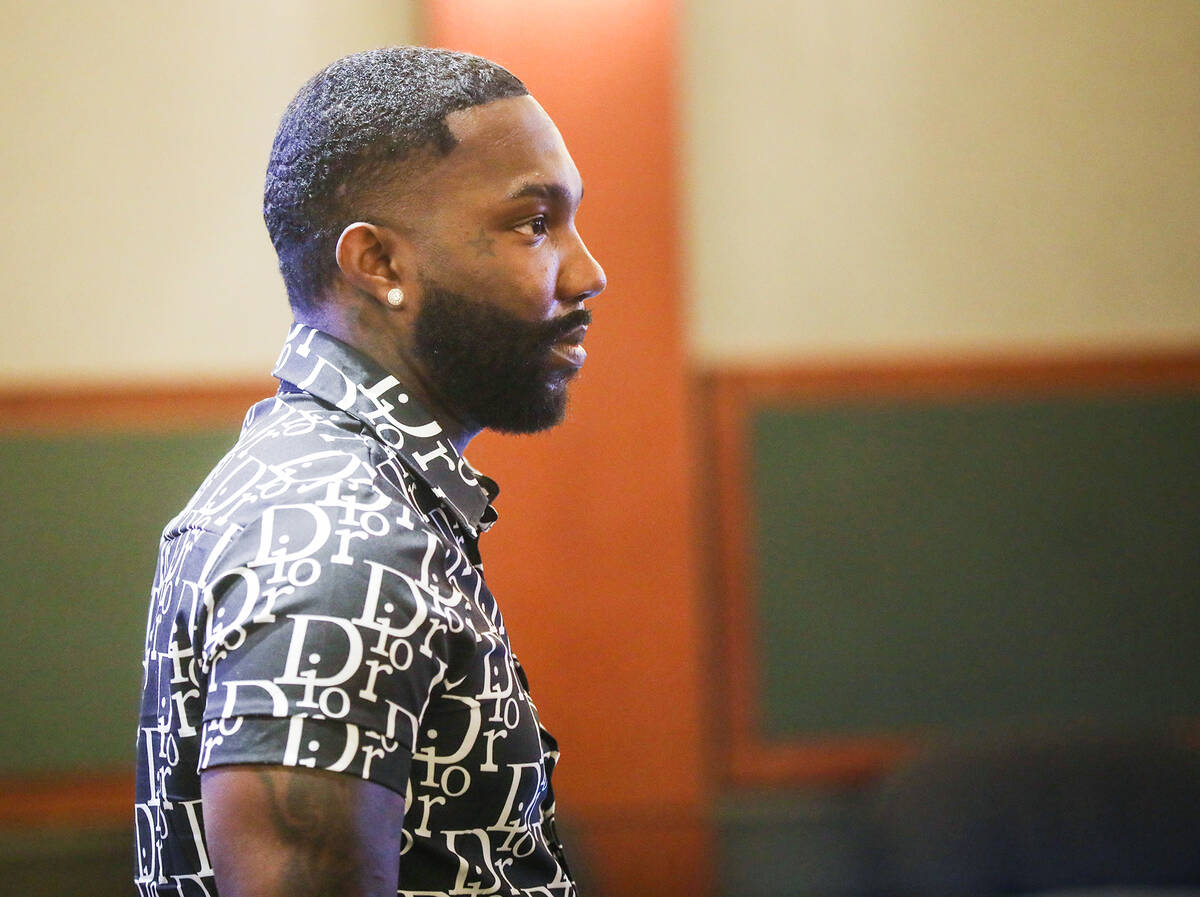 Sidney Deal appears for his sentencing on Monday, April 18, 2022, at the Regional Justice Center in Las Vegas after pleading guilty a gross misdemeanor charge of child abuse, neglect or endangerment. His toddler died after she was left in a hot car in October 2020. (Rachel Aston/Las Vegas Review-Journal) @rookie__rae 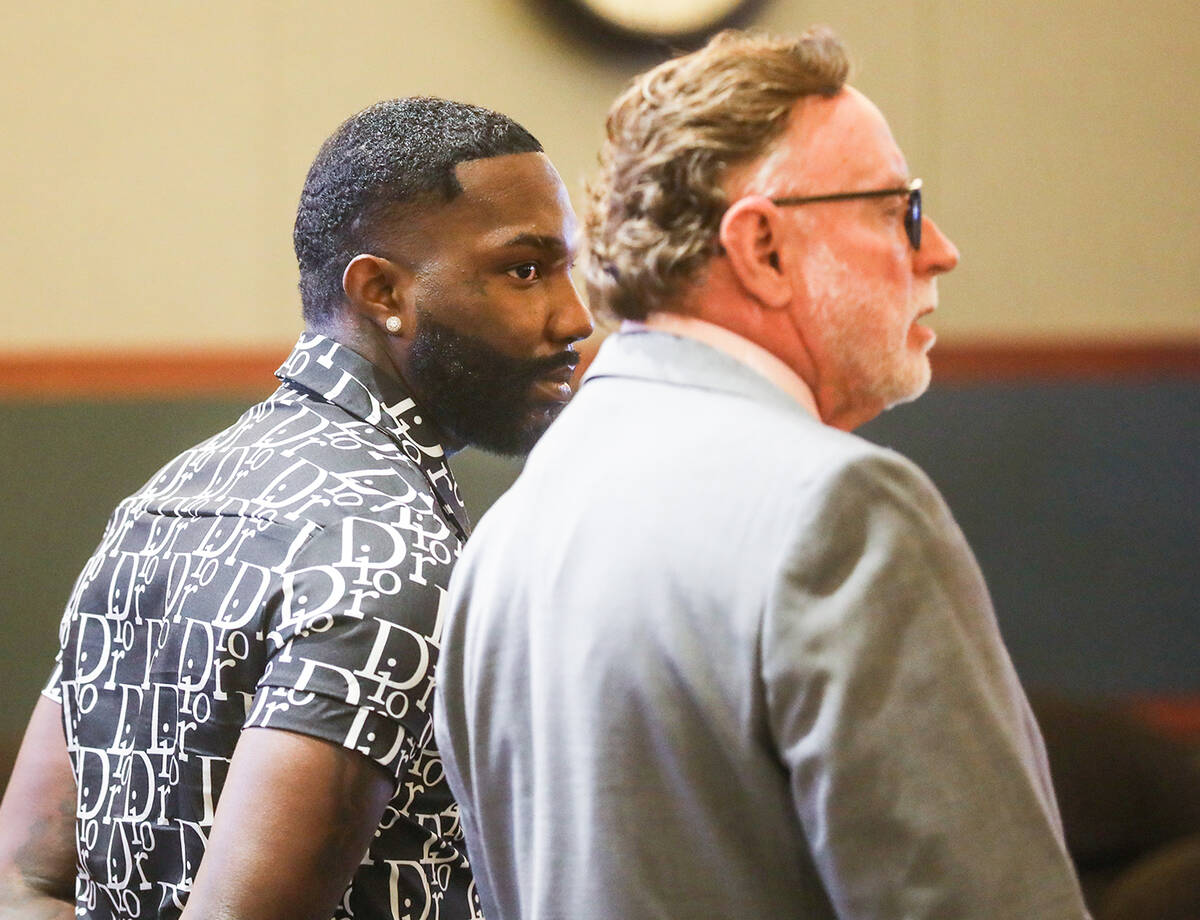 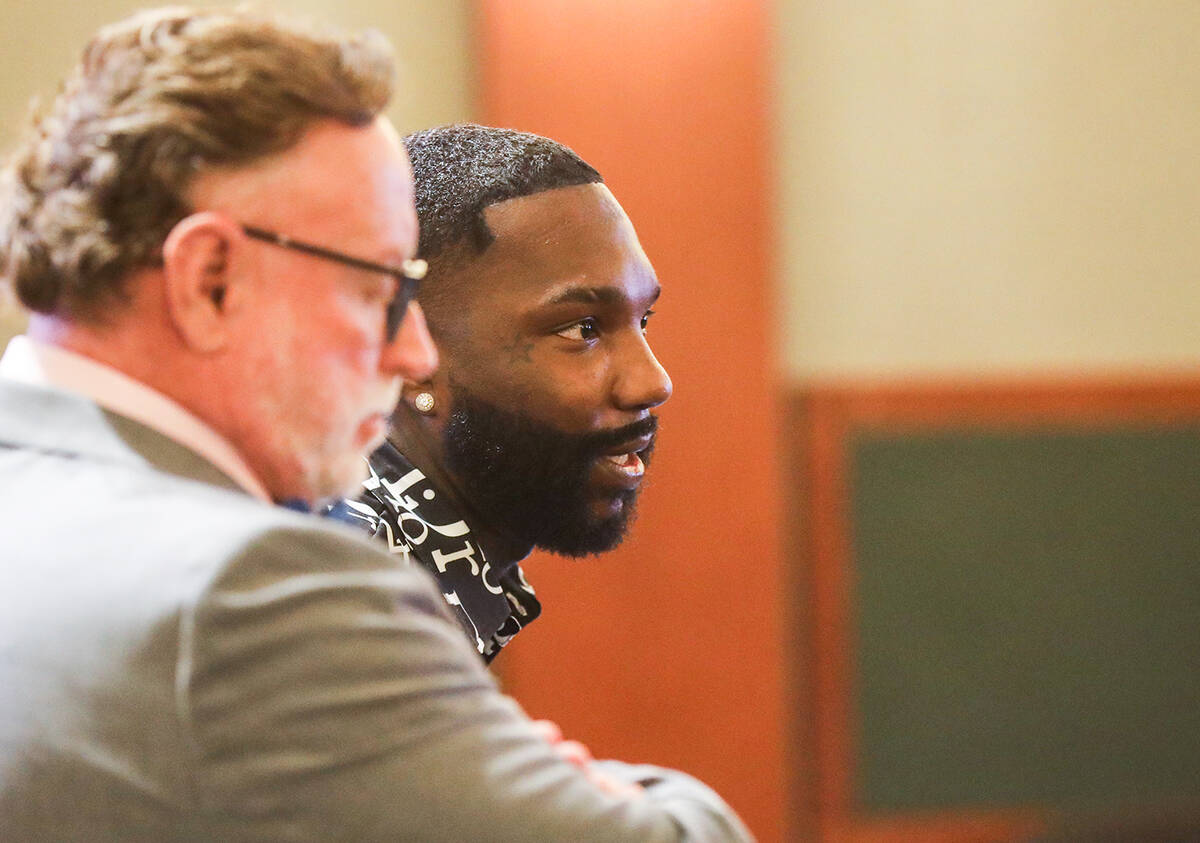 The father of a toddler who died after she was left in his hot car was sentenced Monday to probation and 30 days in jail.

Sidney Deal, 29, pleaded guilty in July to a gross misdemeanor charge of child abuse, neglect or endangerment. He entered what is known as an Alford plea, meaning he admitted only that prosecutors had enough evidence to prove the allegations to a jury.

His daughter, Sayah Deal, died on the afternoon of Oct. 5, 2020 — just a few months shy of her second birthday.

The girl was locked in her father’s new car while it was parked at 1719 H Street. Chief Deputy District Attorney Michelle Jobe said that when Deal realized she was locked in the car, he “shooed her to the back seat” to prevent her from touching anything in the front of the car. He then prevented others from breaking into the vehicle.

“Rather than get in the car to make sure that she was still OK, he made assumptions, left her in there,” Jobe said during Deal’s sentencing hearing. “When his brother wanted to break the window, he said no. When officers offered to call for services but it would cost him money, he said no.”

Sayah remained “in the same position” on the car’s floorboard for the entire time officers were at the scene, the prosecutor said.

Temperatures peaked at 96 degrees in Las Vegas that day.

“I’m not blaming it on the police. I’m saying that when other people were there, they looked at the scene and didn’t think the child was in distress,” Langford said.

Once police removed Sayah from the car, her body was in rigor mortis, according to Deal’s arrest report.

The Clark County coroner’s office ruled that Sayah’s death was an accident due to heat stroke and exposure to high temperatures.

Deal told District Judge Monica Trujillo that he did not realize Sayah was in danger.

“If I did have any sign of anything, or thought that she was in harm’s way, I would have reacted differently,” he said.

Jobe asked for Deal to be sentenced to 180 days in the Clark County Detention Center. She said Deal had violated house arrest conditions twice, and was arrested in January in a separate DUI case.

“I don’t believe he’s going to be successful on probation,” the prosecutor said. “He’s just shown a flagrant disregard of rules, of what he needs to do while he’s been out of custody.”

Trujillo instead ordered him to serve 30 days in jail, and said Deal will serve three years of probation once released. She ordered Deal to attend parenting classes, receive a mental health evaluation and maintain his employment. He also will not be allowed to consume drugs or alcohol while on probation.

The judge said that while Deal’s house arrest violations showed that he might “have a problem on probation,” she had to consider his lack of criminal history and the circumstances surrounding his daughter’s death.

“It’s obviously concerning that officers were there …” Trujillo said. “There were people there to assist the situation, and it does mitigate it in the court’s eyes.”