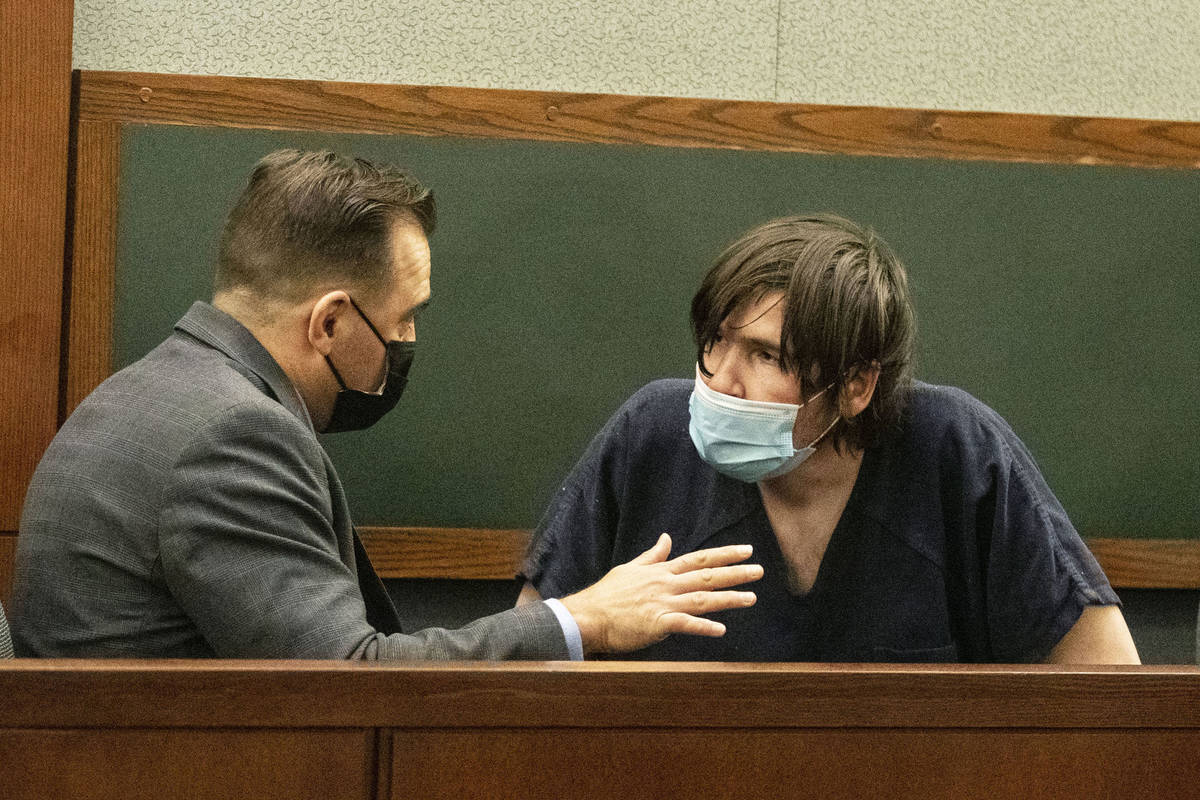 Defense attorney Dustin Marcello, left, consoles Brent Wilson, founding member of Panic! At the Disco, at the Regional Justice Center on Wednesday, Feb. 10, 2021, in Las Vegas. Wilson is charged with three counts of possession of narcotics and one count of possession of a gun by a prohibited person. (Bizuayehu Tesfaye/Las Vegas Review-Journal) @bizutesfaye 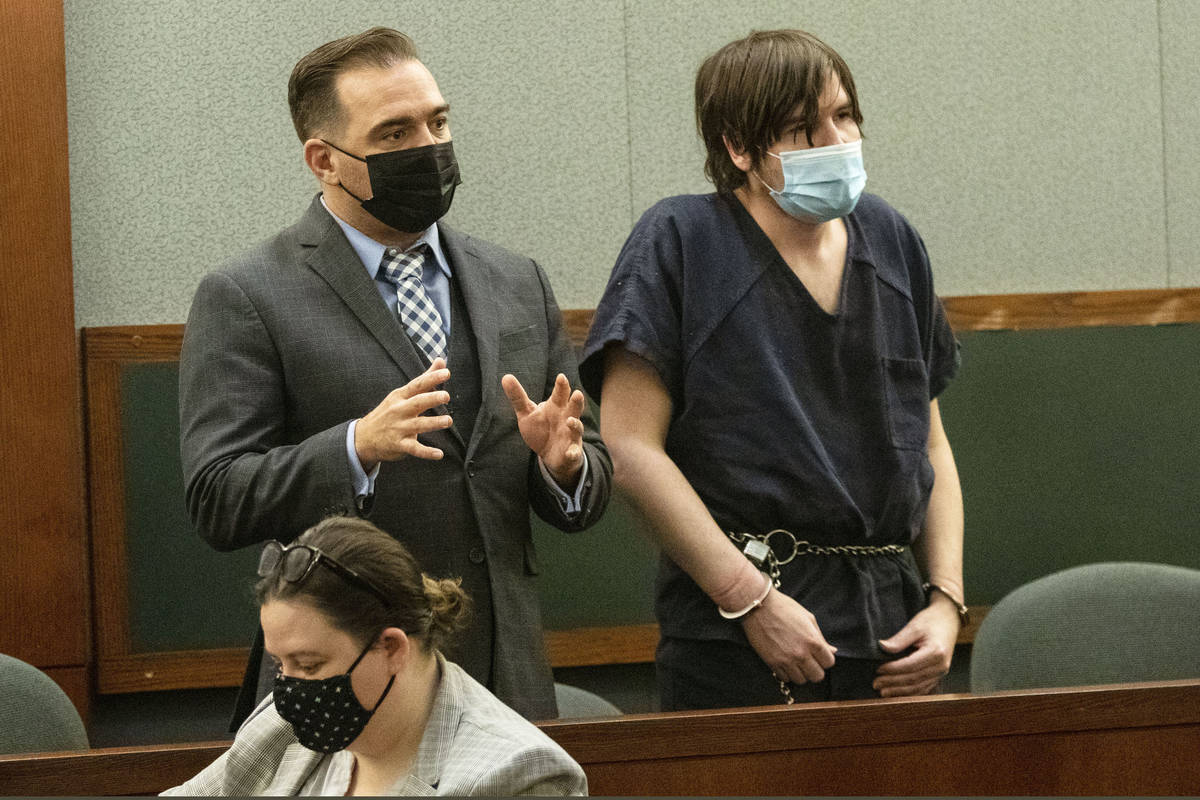 Brent Wilson, founding member of Panic! At the Disco, appears in court with his attorney Dustin Marcello at the Regional Justice Center on Wednesday, Feb. 10, 2021, in Las Vegas. Wilson is charged with three counts of possession of narcotics and one count of possession of a gun by a prohibited person. (Bizuayehu Tesfaye/Las Vegas Review-Journal) @bizutesfaye 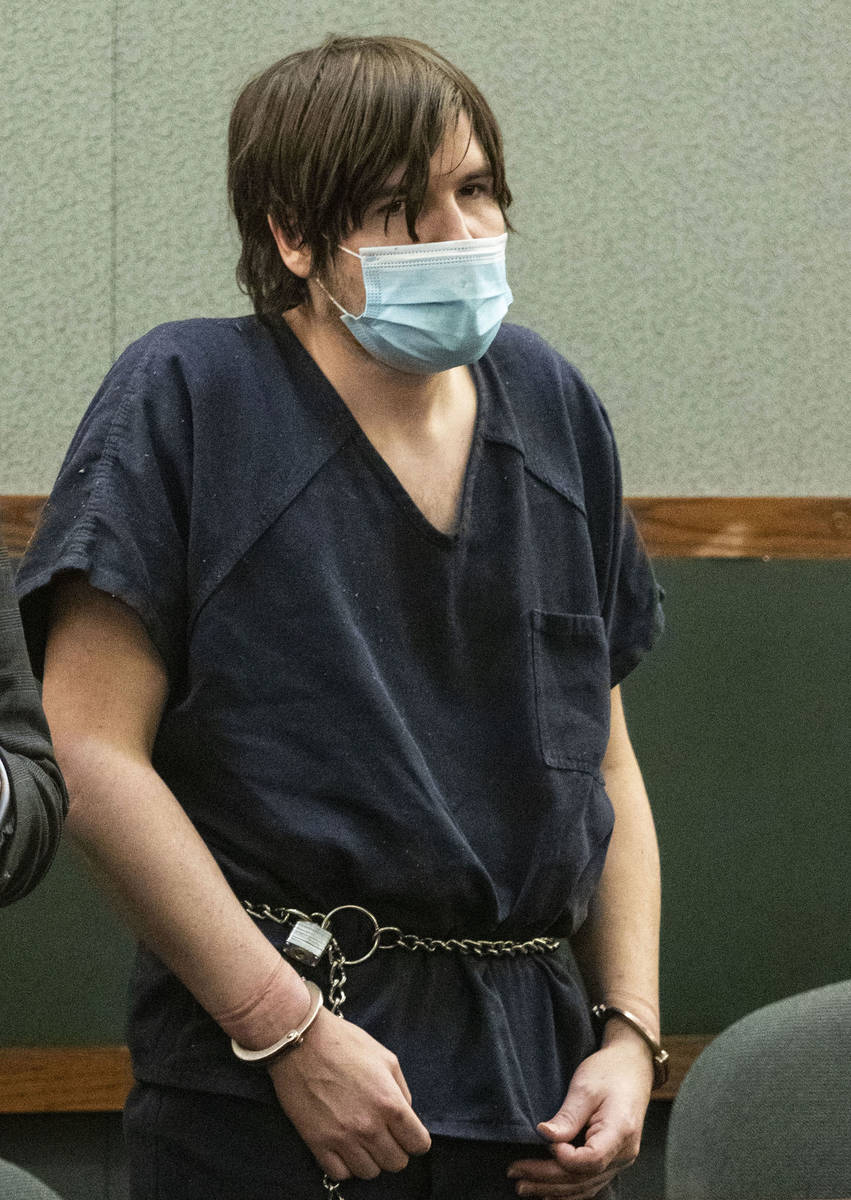 Brent Wilson, founding member of Panic! At the Disco, appears in court at the Regional Justice Center on Wednesday, Feb. 10, 2021, in Las Vegas. Wilson is charged with three counts of possession of narcotics and one count of possession of a gun by a prohibited person. (Bizuayehu Tesfaye/Las Vegas Review-Journal) @bizutesfaye 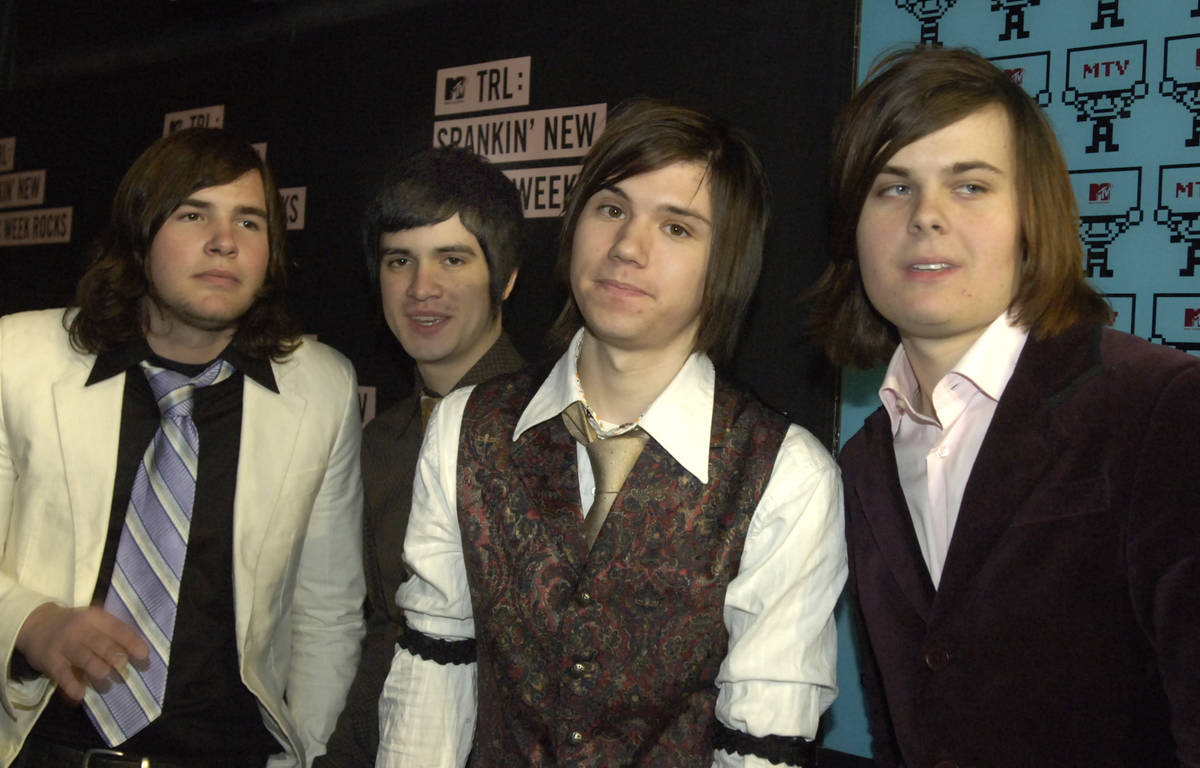 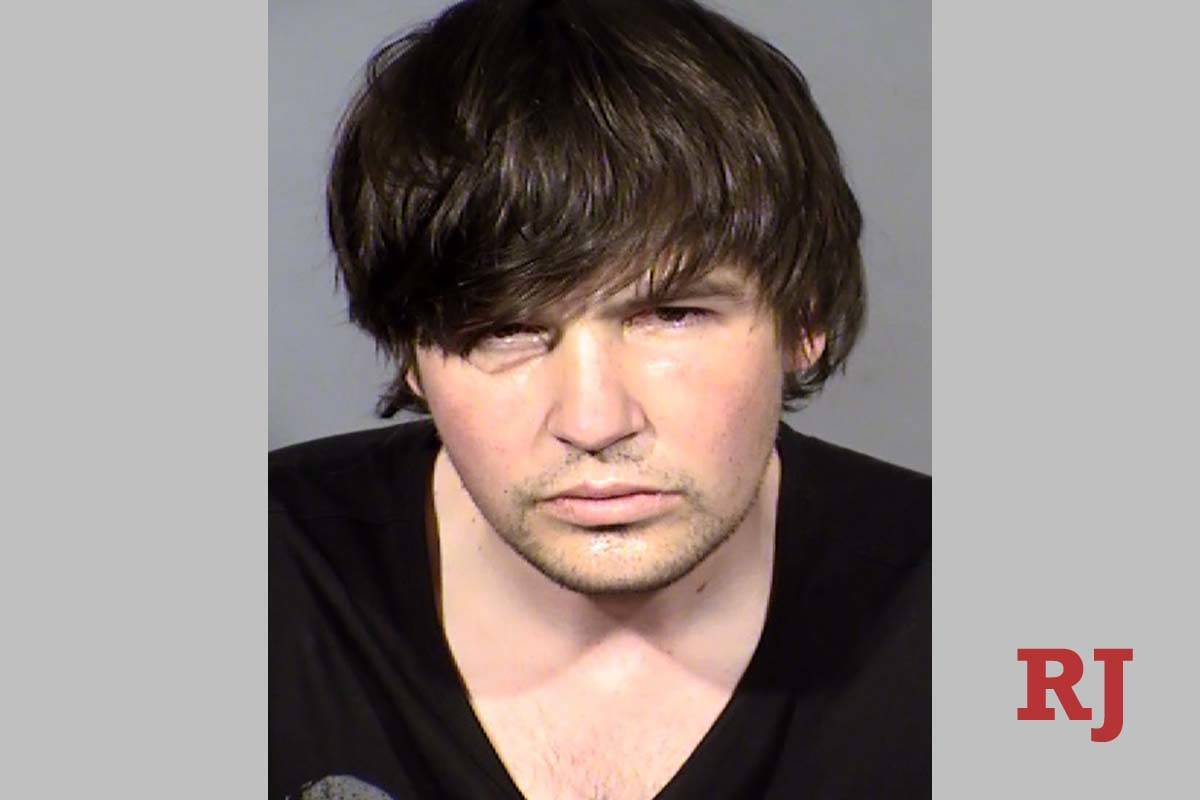 Federal prosecutors could take over a drug and weapons case filed in Las Vegas against the original bassist for Panic! at the Disco, according to an attorney.

The federal government’s interest in the case was revealed Wednesday morning during a brief Las Vegas Justice Court hearing for Brent Wilson, a founding member of the Las Vegas-born band.

Asked by Justice of the Peace Eric Goodman whether the case was ready to proceed with a preliminary hearing, Dustin Marcello, Wilson’s attorney, said: “We have a potential resolution, however it’s my understanding that the federal government is taking a look at this case, so, bottom line is, your honor, based on all the circumstances of the case, we’d like to continue this.”

Marcello declined to comment after the hearing about the federal government’s interest in the case.

Shackled at the wrists and wearing blue jail garb, Wilson, 33, stood alongside his attorney in court on Wednesday, his shaggy hair falling in front of his eyes. He has been in custody at the Clark County Detention Center since his Jan. 22 arrest on three counts of possession of narcotics and one count of unlawful possession of a gun.

Felons are prohibited from owning or possessing a firearm in Nevada. Court records show that Wilson pleaded guilty in July 2018 to possession of a controlled substance and was in violation of his curfew — a condition of his probation — at the time of his arrest last month.

The musician was taken into custody after a Las Vegas police officer pulled him over near Sahara Avenue and Fort Apache Road. Police said Wilson had driven across three lanes of traffic without using a turn signal, failing to yield to oncoming traffic.

During the traffic stop, according to Wilson’s arrest report, officers found “a white powder substance” and an unregistered handgun in the center console of the driver’s car, as well as a “small baggy” containing what appeared to be heroin in his pants pocket.

Wilson played with Panic! at the Disco through 2006, when he was fired. At the time, drummer Spencer Smith told MTV the decision was “based on Brent’s lack of responsibility.”