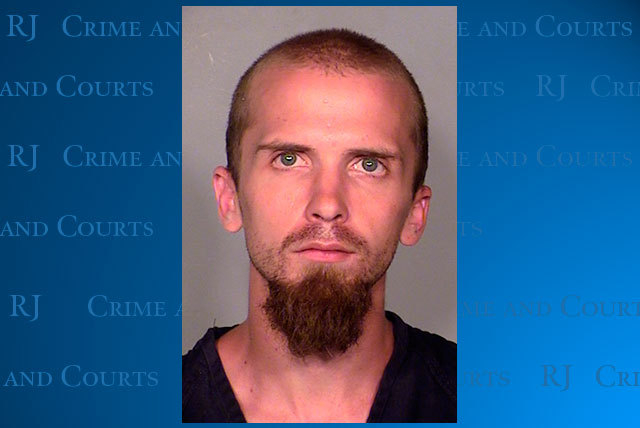 A man accused of serial arson kept firefighters busy Wednesday after investigators say he set nearly a dozen fires over a 12-hour period near UNLV.

Clark County firefighters got the first call about a dumpster fire near an apartment complex in the 1500 block of East Rochelle Avenue, east of Maryland Parkway, shortly before 5:30 a.m.

Over the next 12 hours, several more fires were set in at least six other nearby locations, including a car fire that caused about $20,000 in damage to a 2012 Audi convertible, fire officials said.

Investigators arrested 28-year-old Paul Joyner about 5:25 p.m. near a strip mall on Maryland Parkway while responding to another dumpster fire in the area, officials said.

Joyner has a history of setting fires in the area, officials said, and investigators recognized the pattern. He was arrested in April and was recently released after serving a six-month sentence in the Clark County Detention Center for two previous arson charges.

“Our investigators did an outstanding job identifying and arresting this suspect and removing him from the streets of our community,” Clark County Fire Chief Bertral Washington said. “Some of these fires were very close to buildings and could have spread rapidly if our firefighters hadn’t responded quickly to the scenes.”

Joyner faces 10 counts of arson and one count of attempted arson. Officials said that additional charges are pending.