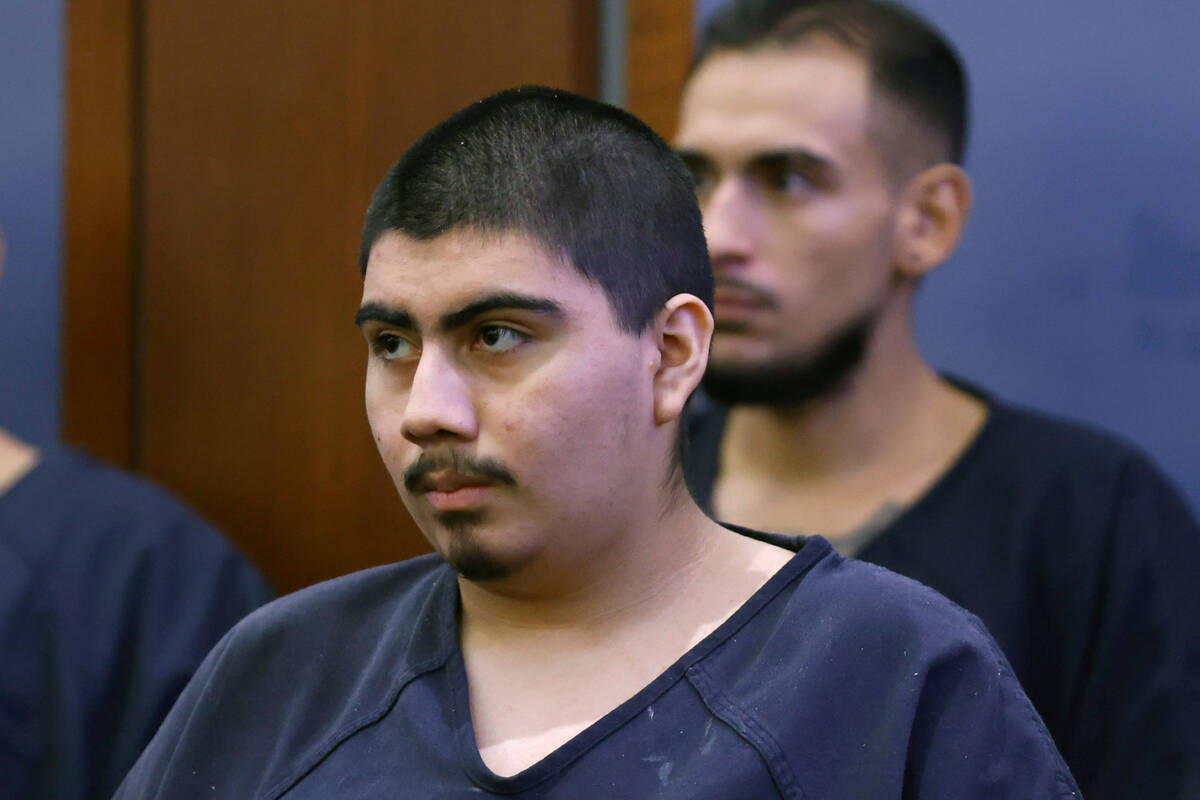 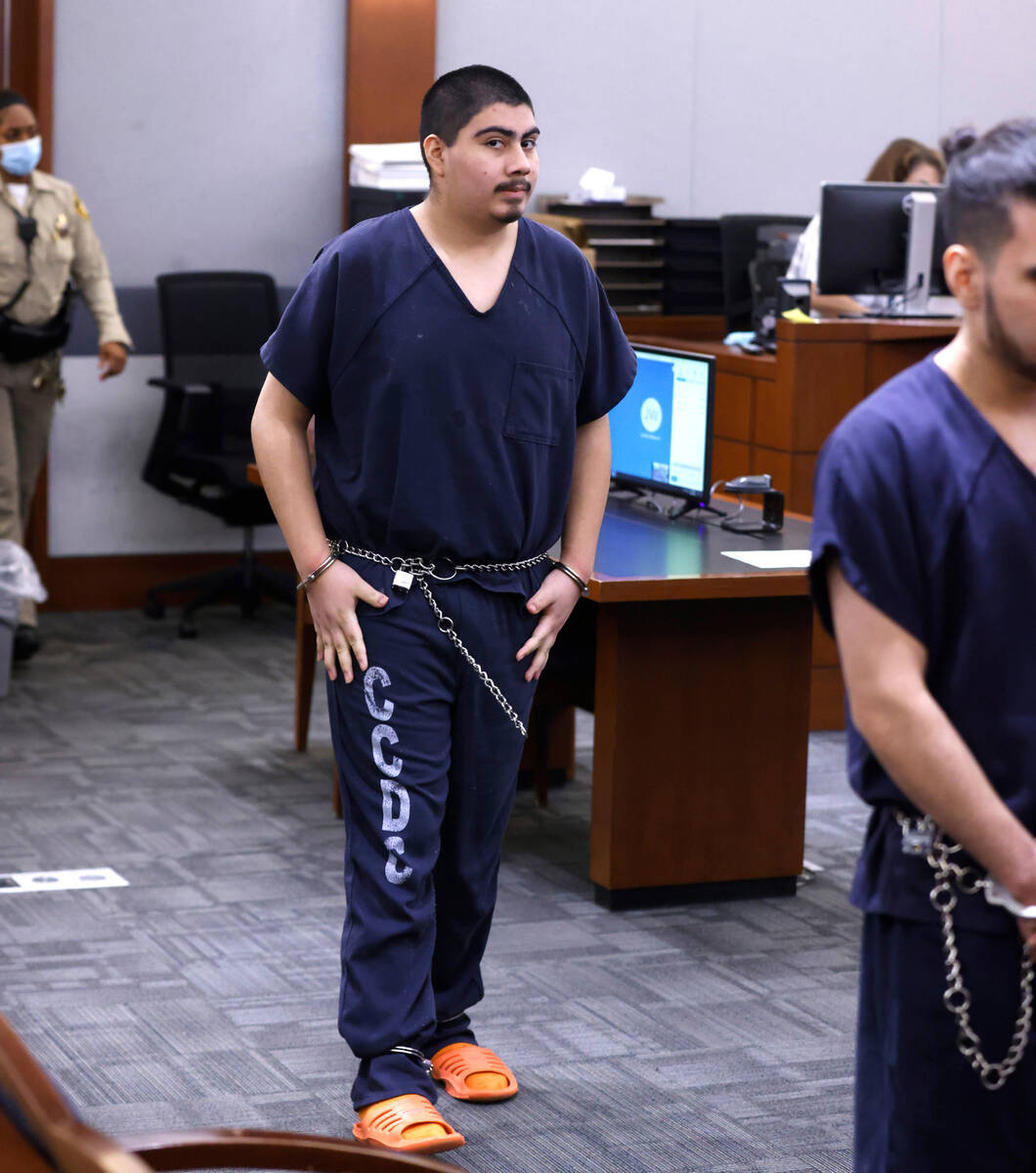 Jonathan Martinez Garcia, the student accused of attacking his teacher at Eldorado High School, is led into the courtroom during his bail hearing at the Regional Justice Center on Monday, Sept. 26, 2022, in Las Vegas. (Bizuayehu Tesfaye/Las Vegas Review-Journal) @btesfaye

A Las Vegas judge lowered bail to $100,000 on Monday for a 16-year-old accused of beating and sexually assaulting his teacher.

“I do think that it’s clear that the bail that the matter is currently set at is excessive, in the sense of it’s not attainable by this individual,” District Judge Kathleen Delaney said.

Jonathan Martinez Garcia’s bail was previously set at $500,000. Deputy Public Defender Jennifer Smith argued that because the teen could not afford the $500,000 bail, he should be released on his own recognizance and placed on house arrest with electronic monitoring.

Martinez Garcia was indicted in August on kidnapping, battery, sexual assault and attempted murder charges in connection with an April 7 attack at Eldorado High School. He has pleaded not guilty to the charges.

Las Vegas police have said the teenager attacked his teacher after he went to her classroom to discuss his grades. According to his arrest report, Martinez Garcia choked the teacher with a “rope or string,” knocked her unconscious and moved a shelf on top of her before sitting on it.

During Monday’s court hearing, Chief Deputy District Attorney William Rowles argued that Martinez Garcia’s bail should not be lowered. The prosecutor pointed to the seriousness of the charges.

“I believe there are certain individuals who warrant being detained having bail that they cannot afford to make,” Rowles said. “And I believe that this individual is one of them.”

Although Delaney lowered the bail, she said the teen would be ordered to stay away from the victim and Eldorado High School if he is released. He also would be placed on high-level electronic monitoring.

When asked if Martinez Garcia could afford the $100,000 bail, Smith declined to comment.

The teen remained in custody at the Clark County Detention Center on Monday.