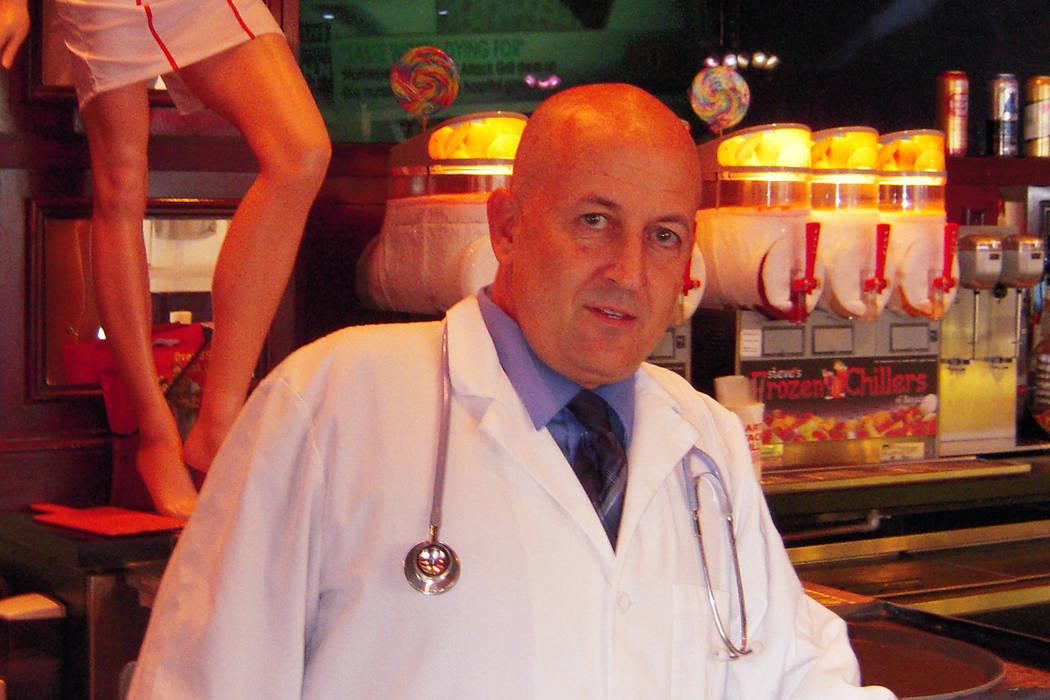 In this Wednesday, July 11, 2012 photo, Jon Basso, owner and bartender of the Heart Attack Grill, stands in his restaurant in Las Vegas. (AP Photo/David Crary) 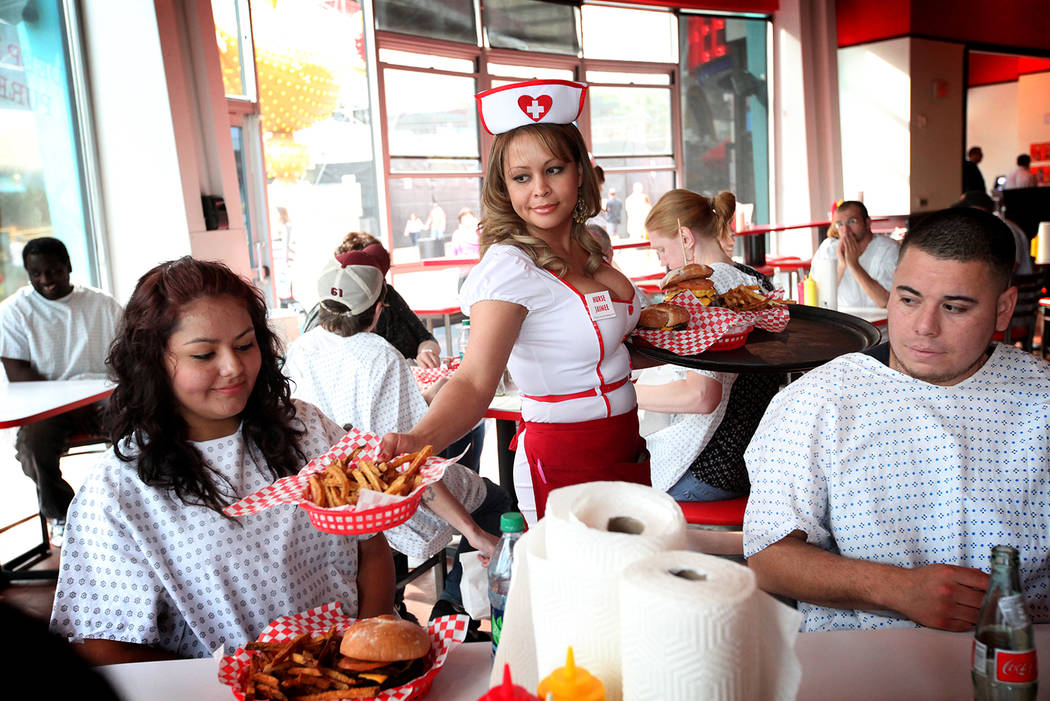 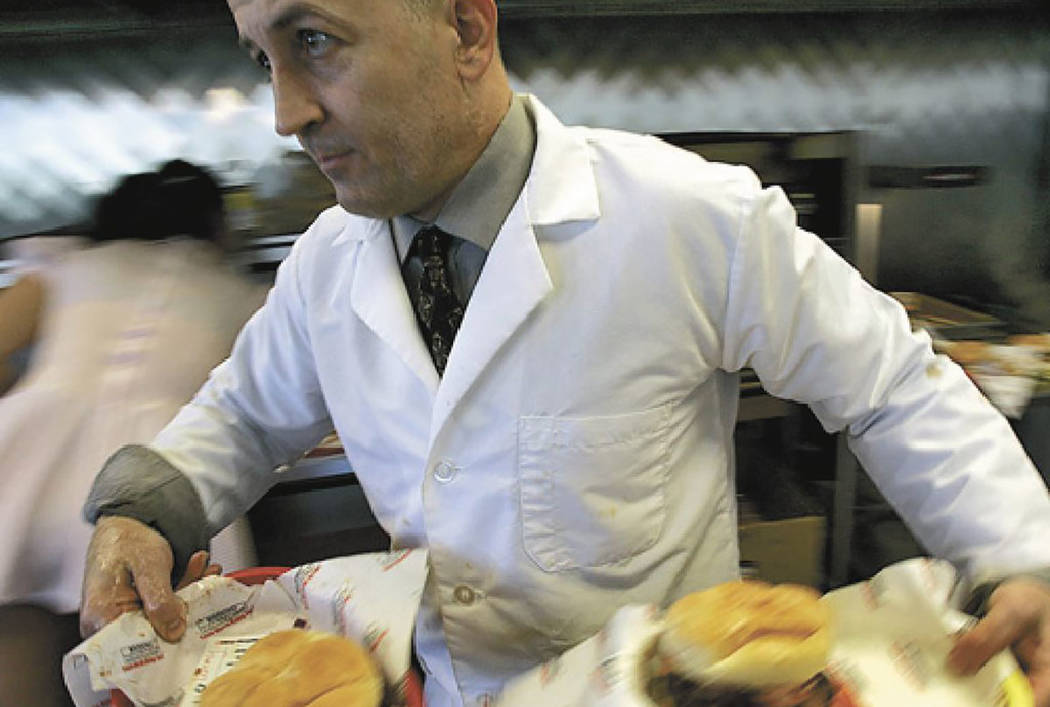 Jon Basso, owner of the Heart Attack Grill, serves up a pair of bypass burgers on Dec. 1, 2006, in Tempe, Ariz. (AP Photo/Matt York)

A former Heart Attack Grill waitress claims owner Jon Basso sent her a nude photo of himself, wrote her sexually loaded messages and had dozens of flowers delivered to her home.

In a sexual harassment lawsuit filed Tuesday in Clark County District Court, the woman, Jaimee Lee, also claims Basso confided his desires in a note to her dog.

Basso did not respond to a request for comment emailed to him Wednesday.

An about.me website for “Doctor Jon” states: “I can be found each day, at the griddle, actually flipping hamburgers in my white doctor’s lab coat and stethoscope.”

A waitress at the restaurant told a Las Vegas Review-Journal reporter that Basso was not at the establishment Wednesday afternoon. She declined to provide his phone number.

The lawsuit alleges that Basso, who founded the company in Tempe, Arizona, in 2005, scribbled notes on napkins to Lee, sent her “harassing and inappropriate” text messages, and made comments to her at the restaurant.

At one point, the complaint alleges, Basso sent Lee an image of a life-sized cardboard cut-out of her that he had tossed in a dumpster, along with the message: “Where it belongs.”

He sent her a nude photo in which he was “turned away from the camera” and covering his genitals, according to the lawsuit, which was filed by Las Vegas attorneys Joey Mott and Scott Lundy.

The lawsuit alleges that the harassment and “pattern of unpredictable behavior” started when Lee was hired in October 2011, shortly after the Fremont Street restaurant opened. The business has built an image around a menu that is ultrahigh in calories and cholesterol.

In May 2015, Basso had “dozens of roses delivered” to the woman’s home “on at least four separate occasions,” according to the lawsuit, which claims he showed up at her home a year and a half later.

The company did not have a human resources department, and Lee “made clear to Basso that his harassing comments, behavior, flirting and sexual remarks were unwanted and that any feelings of personal affection were not reciprocated,” the lawsuit states.

In November 2017, according to the document, Basso continued to send the woman threatening messages.

“As a further COURTESY, in case you are not thinking clearly,” Basso wrote, according to the lawsuit, “you are under contractual obligation not to make any adverse public or private statements against the company or myself.”

The lawsuit claims she was fired a week later.

Sexual harassment lawsuit a… by on Scribd