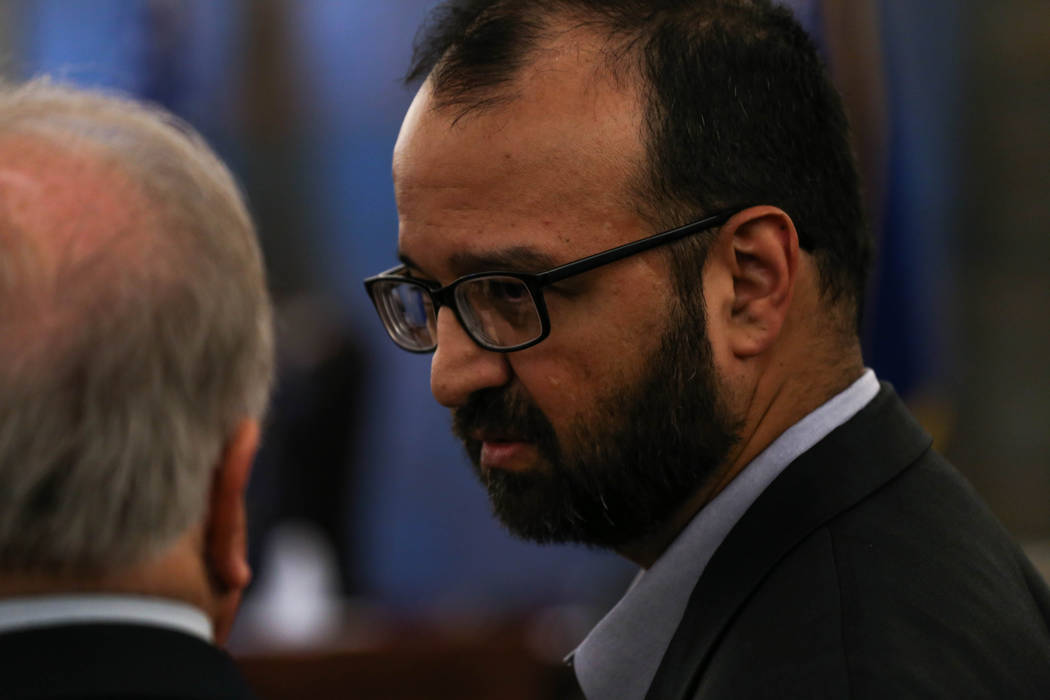 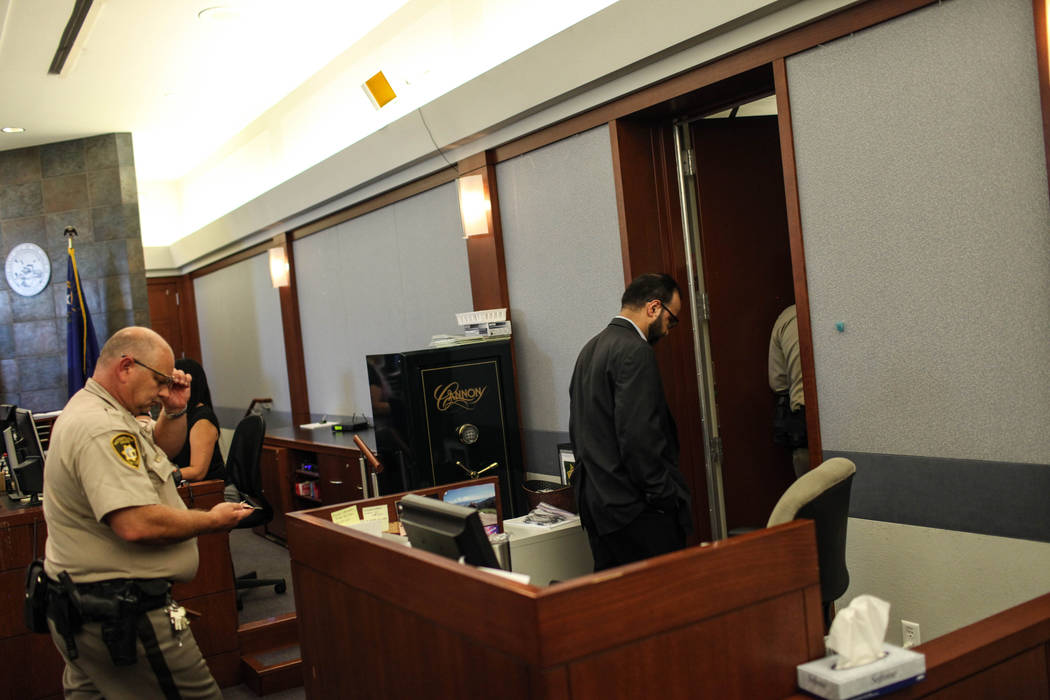 John Valerio appears in court after being given a verdict of life without parole at the Clark County Regional Justice Center in Las Vegas on Aug. 28, 2017. Joel Angel Juarez Las Vegas Review-Journal @jajuarezphoto 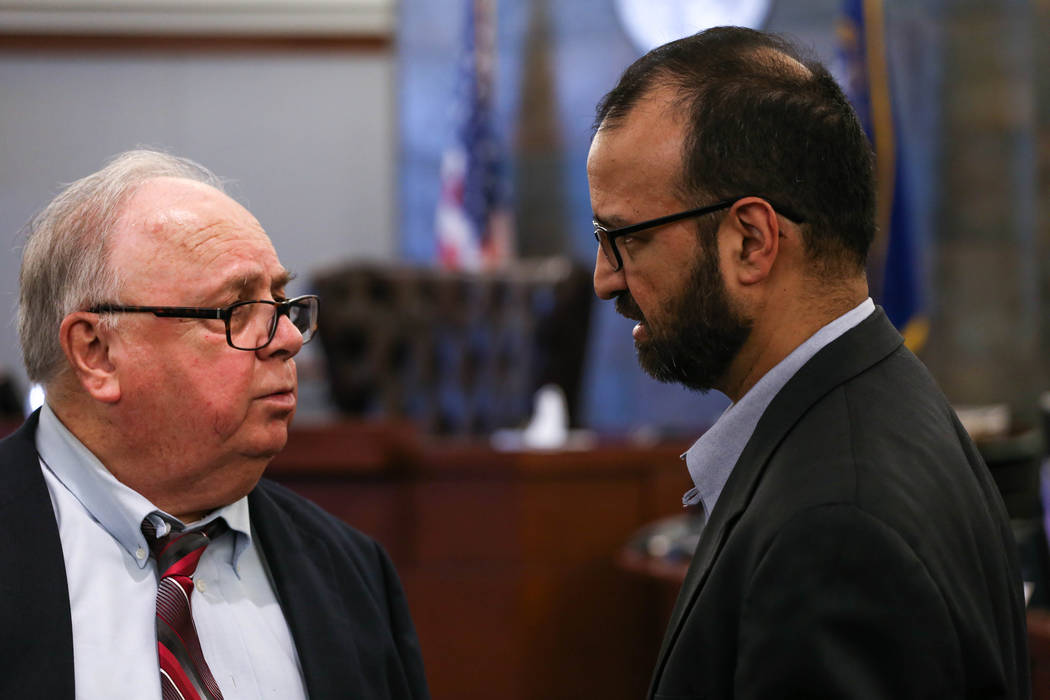 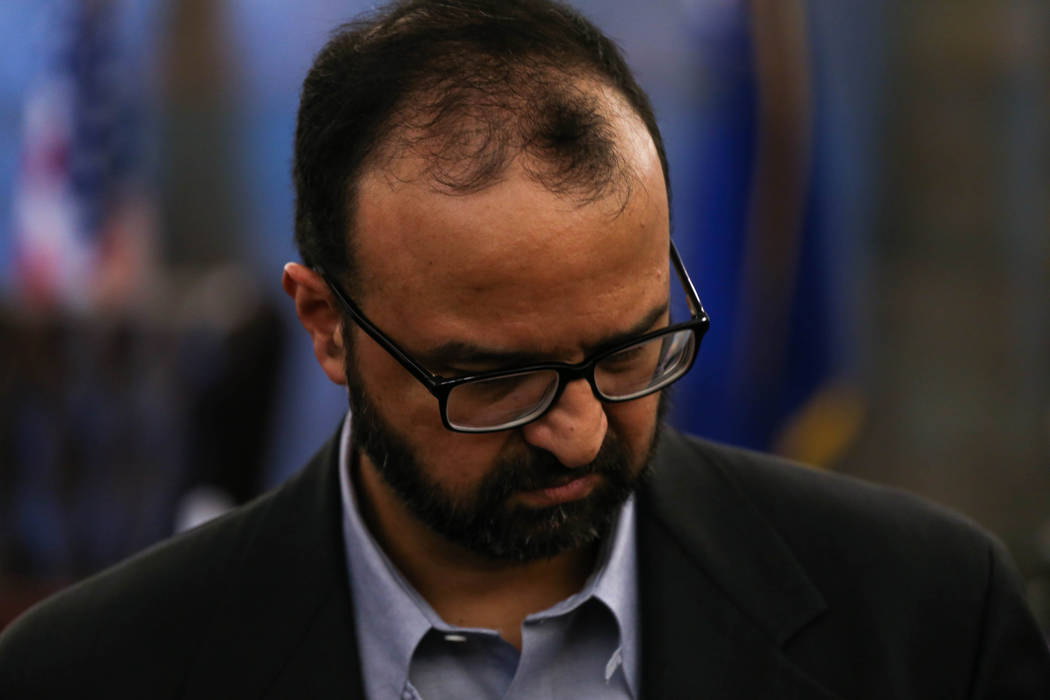 John Valerio appears in court after being given a verdict of life without parole at the Clark County Regional Justice Center in Las Vegas on Aug. 28, 2017. Joel Angel Juarez Las Vegas Review-Journal @jajuarezphoto

Thirty-one years after he was sentenced to death, John Valerio on Monday got another chance at life, albeit behind bars.

Valerio was just 22 in 1988 when he was first convicted of murder and placed on death row for fatally stabbing Karen Sue Blackwell, a 26-year-old Las Vegas woman, at least 45 times in September 1986.

But in 2002, after more than a dozen years of imprisonment, the 9th U.S. Circuit Court of Appeals in San Francisco overturned Valerio’s sentence while upholding his conviction.

That’s because, during the penalty phase of Valerio’s 1988 trial, Clark County jurors were instructed to determine whether Blackwell’s murder involved “torture, depravity of mind, or mutilation of the victim,” and the federal appeals court ruled the term “depravity of mind” was unconstitutionally vague.

Since that aggravating circumstance was one of the reasons a jury had sentenced Valerio to death, he was allowed a new penalty hearing, which didn’t begin until this month.

The yearslong delay was because of “a number of things,” defense attorney Tom Ericsson said. All the while, Valerio aged in prison.

“The sentence he deserved in 1988 is no different than the sentence that he deserves today, because we should be sentencing him for who he was, and there’s zero evidence he is changed,” Chief Deputy District Attorney Marc DiGiacomo said to the jury Monday. “It’s time — it’s right, it’s just, and it’s just time.”

Valerio, now 52, stood quietly in court Monday afternoon as he learned a jury instead decided he would spend life in prison without the possibility of parole.

The state’s main argument for the death penalty this time included a more specific definition of “depravity of mind” as an aggravating factor — basically arguing that Valerio had mutilated Blackwell by stabbing her more times and in more places than necessary to kill her.

“The question is, do you fundamentally believe that the human spirit is redemptive, reforming and changing, and can be? Doesn’t mean it has to be, but can it be?” Pitaro asked. “The state says, ‘Nope.’

In an unsworn statement last week, Valerio told the jury he was remorseful for Blackwell’s death, adding that he changed “mentally, physically and spiritually” while behind bars.

“I think it’s probably not very difficult to see I was a menace. I mean, there’s no other way to put it — I made a lot of mistakes. I did some things right, but I did a lot of things wrong,” Valerio said to the jury. “I make better choices today.”

Outside the courtroom after the verdict, DiGiacomo said the original error in 1988 was “harmless,” but Valerio “got a benefit out of it,” because he is no longer on death row.

“But he’ll still argue that this version’s not correct,” prosecutor Giancarlo Pesci added, slightly exasperated. “Because he’ll appeal this (for parole). He’s got nothing else to do.”