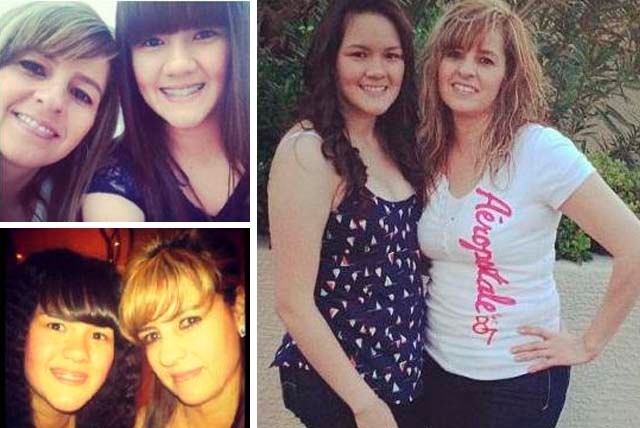 Three photos from Facebook show Maria Flores and her daughter Elizabeth Gomez. Flores, with lighter hair color, and Gomez were killed in what police say was a case of domestic violence. 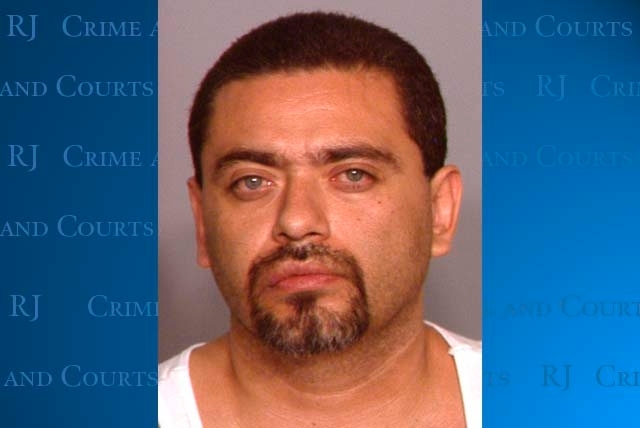 She was on was on her way out, tired of the jealousy, the anger.

She was ready to move on without him.

But her decision came too late.

In the early morning hours of June 1, Maria Flores and one of her daughters became victims of fatal domestic violence.

Domestic violence can turn deadly at any time. Often, there are no warning signs — just a tragic outcome that leaves too many questions unanswered for the loved ones who have to pick up the pieces.

“Every single time there’s violence and threats … this could be the time,” said Marlene Richter, executive director of the Shade Tree, a shelter for abused women and their children in Las Vegas.

According to a 2012 report by the Violence Policy Center, Nevada ranked first in the nation for domestic violence killings.

It’s a bone-chilling reality for families and friends who have lost someone to domestic violence.

“It’s crazy that they dated for three years and then he all of a sudden got jealous,” said Nichols, who now lives in Arkansas but met Flores when they were co-workers at a doctor’s office in Las Vegas.

Mata had become increasingly angry, and dealing with that became too much for Flores. She was planning to leave him but never got the chance, Nichols said.

Police said the shooting happened about 6 a.m. in the couple’s home in the 5500 block of Cotton Street, near Charleston and Nellis boulevards. Mata then turned his shotgun on himself in an apparent suicide attempt, police said.

Both Mata and Sophia were in critical condition at University Medical Center as of Thursday.

To her friends, Flores never seemed like a victim of abuse.

“She never put anything on Facebook, like sad or depressed. She never told friends,” Nichols said. “I don’t think she would have told anyone. She was always very private about her relationships.”

The behavior is all too common among victims in an abusive relationship, Richter said.

“They go to great lengths to cover up what is happening to them,” she said.

The deaths of Flores and her daughter are part of a string of domestic violence incidents that have ended in fatalities this year:

■ On March 5, a 47-year-old woman was shot and killed by her ex-husband in her home after an argument, Henderson police said. The ex-husband was found dead in a car parked in front of the house from self-inflicted gunshot wounds, police said.

■ On Jan. 29, a 54-year-old man shot and killed his two adult stepchildren and his 62-year-old wife at their north valley home before turning the gun on himself, police said.

■ On Jan. 21, a Las Vegas police officer killed his wife and 5-year-old son before setting his Boulder City house on fire and committing suicide.

“Those are really hard for us,” North Las Vegas police Sgt. Tim Bedwell said . “You never forget those scenes when you go to them.”

The Violence Policy Center’s study analyzed data from FBI statistics from 2010 in which one man killed one woman, an indicator of domestic violence. Nevada’s rate of such homicides per 100,000 people was 2.62. South Carolina was second, with a rate of 1.94 per 100,000 people.

“We’ve had more domestic violence homicides, and significantly more murder-suicides in male-female relationships,” Bedwell said, adding that police began to notice the uptick about the same time as the 2008 economic downturn .

The Metropolitan Police Department did not respond to requests for comment and information on domestic violence homicides.

Nevada has ranked first in the nation for domestic violence homicides for the last three years, and for five of the past six years, the study said.

Richter, who has worked with abused women for 20 years, said nearly every case shares a common factor.

“The underlying theme is always control. The abuser is talking over someone else’s decision-making, and they use a series of actions to break their will,” Richter said. “The only voice they hear is from the abuser.”

For the spouses, the abuse is not just something they try to cover up. It is something to which they become accustomed.

“It doesn’t escalate to them,” Richter said. “It’s just another component of their life. It becomes normal to live in that kind of crisis.”

And even when authorities intervene, the victim’s mentality often prevents them from seeking or taking help.

“It’s very difficult for us to influence these (people),” Bedwell said. “Sometimes the victims will protect their abuser” up to the time they are killed.

Richter noted that the longer someone is in an abusive relationship, the more difficult it becomes for them to escape.

“If there isn’t intervention, then they still believe what they were told,” she said. “Even though they left the danger, they’re still at risk until they realize they are a worthwhile human being.”