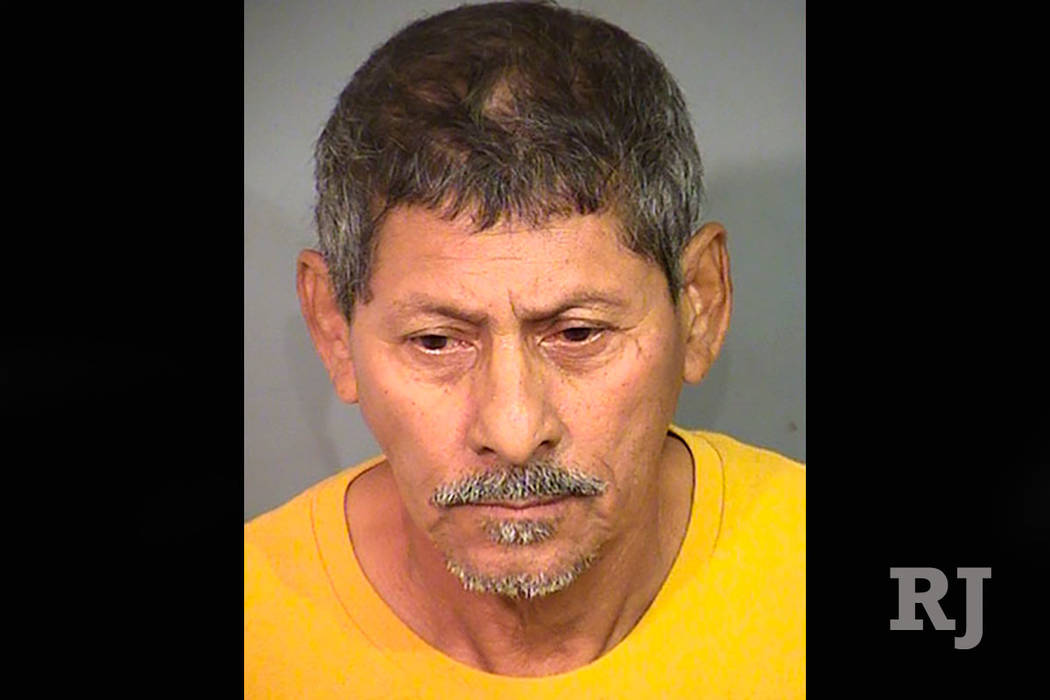 Jose Azucena molested children in a northeast valley apartment complex for two years, often luring them with candy and sexually assaulting one young girl while her hands and feet were bound with duct tape, prosecutors said.

On Wednesday, a Las Vegas jury convicted the defendant of 30 counts that could send him to prison for 35 years to life.

Chief Deputy District Attorney Christopher Hamner referred to Azucena, 64, as “every parent’s nightmare” and said the verdict likely would keep him off the streets permanently.

“I hope we never see him again,” the prosecutor said.

A defense attorney declined to comment after the verdict.

Azucena was found guilty of 25 felonies and five gross misdemeanors, including sexual assault of a minor under 14, first-degree kidnapping, lewdness with a child under 14, child abuse and indecent exposure.

He was a close family friend of the five victims, who called him “grandfather,” and baited the children between November 2014 and October 2016 using “trust, treats and fear,” Hamner said.

After Azucena groped, kissed and exposed himself to the girls, ages 7 to 9, he would threaten to kill their parents if they revealed what he had done, the prosecutor said.

Hamner called the verdict “really important for the community.”

Police initially were contacted Oct. 17 by two mothers regarding allegations that a neighbor had inappropriately touched their children at the Charleston Garden apartments in the 4800 block of East Charleston Boulevard.

The children later told detectives they waited so long to come forward because the neighbor in question had told them that if they told their mothers, he would take the girls far away and kill their mothers.

More than one victim also told police the man had shown them pornographic videos on his cellphone.

The mothers found out about the allegations after one of the children told another woman who lived in the complex.