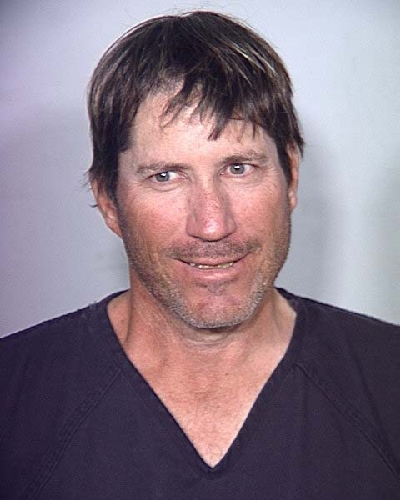 A man serving 28 to 70 years in prison for the January 2011 stabbing and beating of a woman he dated in Las Vegas is dead, records show.

Wade Mitchell Ridley, 54, was also wanted on an Arizona murder warrant alleging he killed an ex-girlfriend there.

Details about the cause of Ridley’s death were not available late Wednesday.

In September, Ridley entered an Alford plea to attempted murder with use of a deadly weapon and armed robbery. The Alford plea means Ridley didn’t admit guilt but acknowledged prosecutors could prove their case against him.

Authorities said Ridley attacked Mary Ann Beckman outside her Las Vegas home Jan. 21, 2011. The two previously dated after meeting through the online dating site Match.com but broke up before the attack.

Ridley told police he hid in Beckman’s garage, armed with a knife, until she came home.

Prosecutors said Ridley attacked and stabbed her until the knife broke and then stomped on her head and neck.

Ridley faced a murder charge in Arizona, where Phoenix police said Anne Simenson, 62, was stabbed with a butcher knife and a machete inside her home in early February 2011.

Arizona authorities allege Ridley robbed and killed her. He was driving Simenson’s red 2005 Toyota Solara when he was arrested in Las Vegas on Feb. 14, 2011.

Arizona authorities believe Ridley also used a knife to rob a Phoenix pharmacy of painkillers the day Simenson was slain.