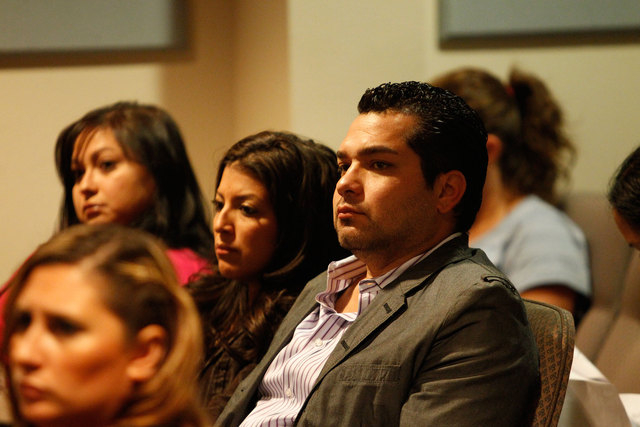 Ezekiel Rubalcada, 37, who was accused of staging a phony carjacking to cover up a series of thefts, was indicted in August 2011 on 33 felony theft and burglary counts.

He was freed on $131,000 bail while his case moved slowly through the justice system.

On Thursday, as part of an agreement with prosecutors, Rubalcada pleaded guilty to two theft counts in an amended indictment. He faces up to 10 years in prison on each count.

The original indictment alleged Rubalcada stole the money between January and April 2011 from an M Resort betting account belonging to ACME Group Trading, a company Walters incorporated in July 2005.

Rubalcada, a partner in the high-profile sports-betting operation, placed wagers for the group with money deposited into the M Resort account, according to Henderson police, who arrested him.

He was accused of withdrawing cash from the account in amounts from $2,000 to $130,000 on 16 occasions without notifying the company’s manager. Then, to divert attention from the theft, authorities alleged, Rubalcada staged a carjacking and reported it to police.

He told officers the carjacker sped away with nearly $360,000 in company sports-betting money left in the vehicle.

Henderson police, however, poked holes in the story.

In a 2011 profile, the CBS broadcast “60 Minutes” gave its viewers a peek into the prolific sports betting activities of Walters, who was described as “the most dangerous bettor in the history of Nevada.”

Walters, also known as a golf course developer, told the network news magazine that his gambling operation put as much as $2 million at risk at Las Vegas sports books during pro football weekends, sometimes moving the betting lines.