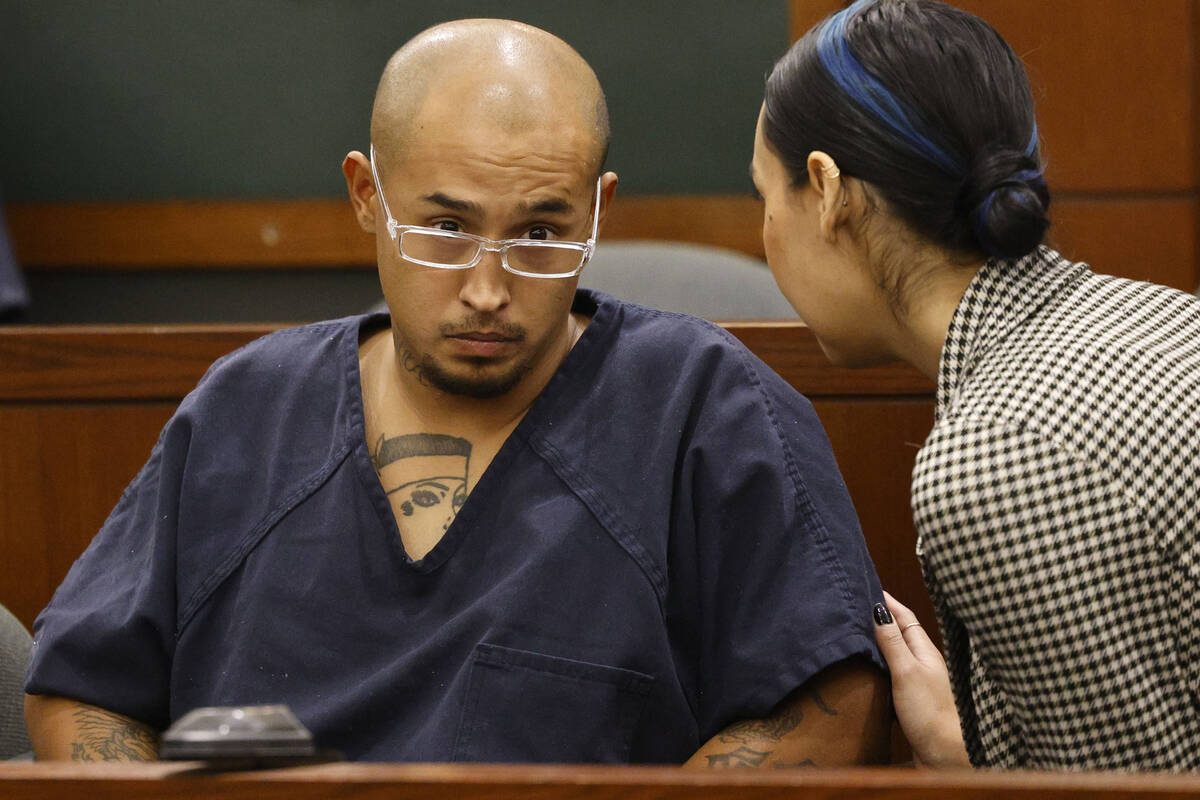 Victor Villanueva listens to his attorney, Paloma Guerrero, during his court hearing on Tuesday, Dec. 6, 2022, at the Regional Justice Center in Las Vegas. Villanueva is accused of donning a skull mask and shooting an employee outside a McDonald’s on the Las Vegas Strip. (Chitose Suzuki/Las Vegas Review-Journal) @chitosephoto 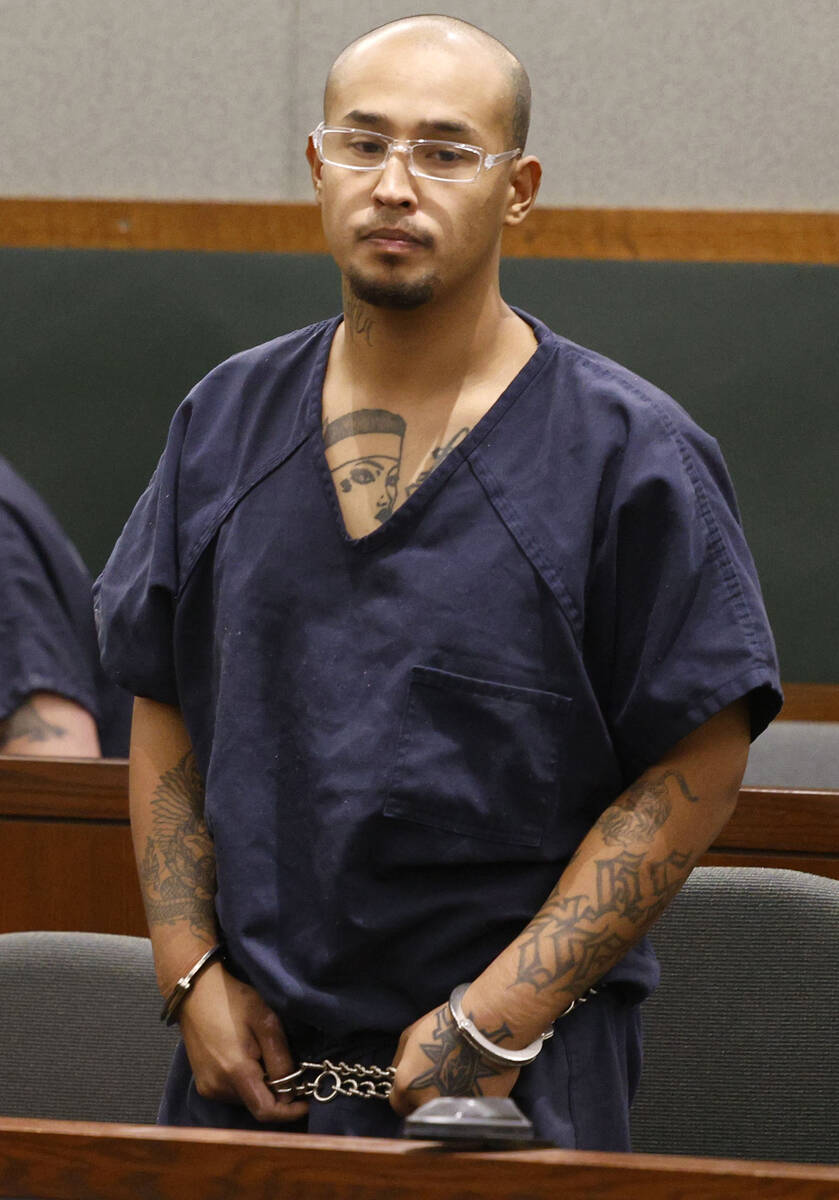 Victor Villanueva stands during his court hearing, Tuesday, Dec. 6, 2022, at the Regional Justice Center in Las Vegas. Villanueva is accused of donning a skull mask and shooting an employee outside a McDonald’s on the Las Vegas Strip. (Chitose Suzuki/Las Vegas Review-Journal) @chitosephoto 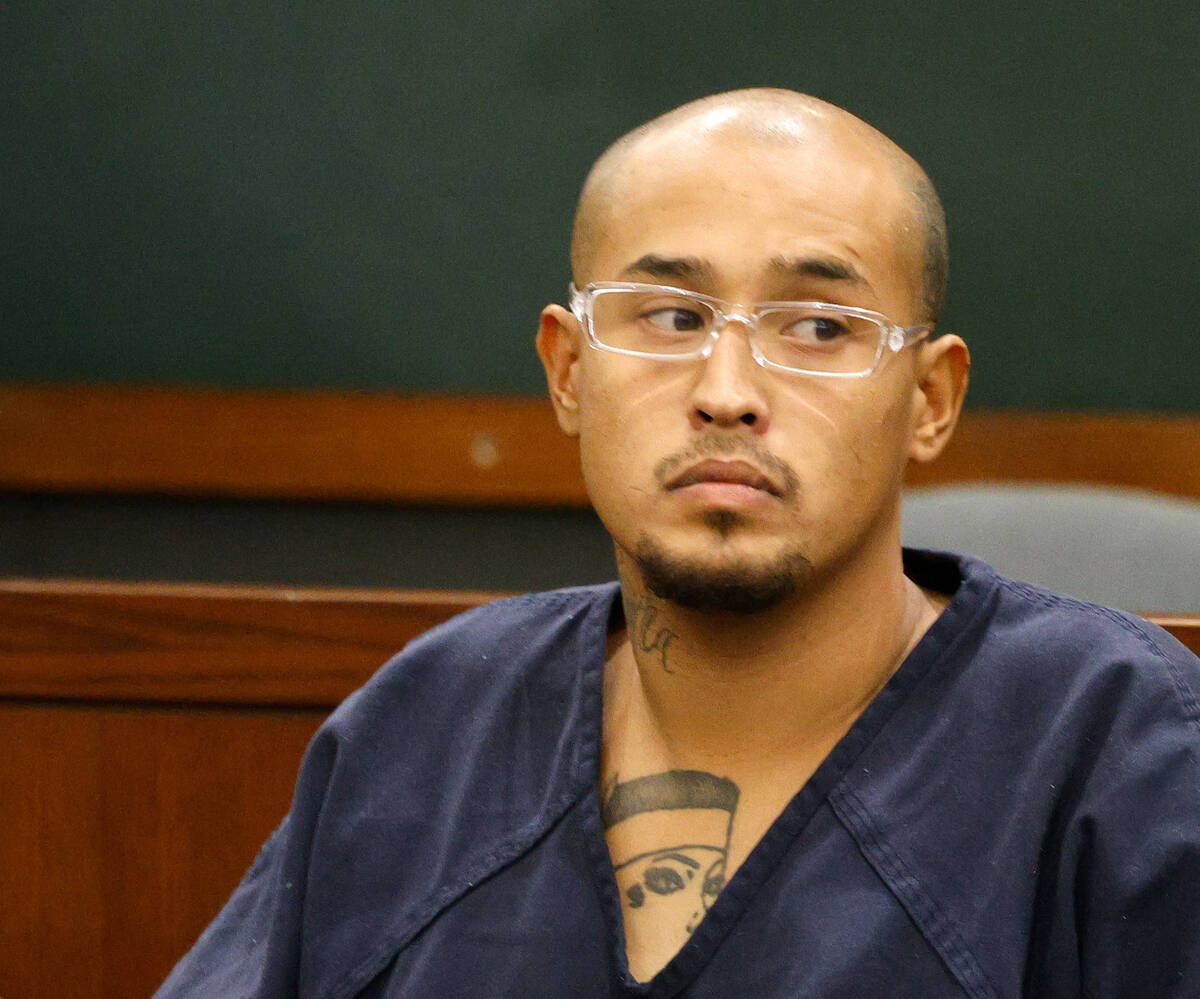 Victor Villanueva is seen during his court hearing, Tuesday, Dec. 6, 2022, at the Regional Justice Center in Las Vegas. Villanueva is accused of donning a skull mask and shooting an employee outside a McDonald’s on the Las Vegas Strip. (Chitose Suzuki/Las Vegas Review-Journal) @chitosephoto

Victor Angel Villanueva, 28, faces a charge of attempted murder with a deadly weapon in connection with the shooting on Oct. 28.

According to his arrest report, Villanueva was a former employee at the McDonald’s, located at 3999 Las Vegas Boulevard South, who had been fired for getting into a fight with a customer. He is accused of shooting a restaurant employee with a shotgun, striking him in the head and neck with birdshot.

Villanueva was wearing a skull mask while waiting for the employee to leave the store, according to the arrest report.

During a court hearing on Tuesday, Deputy Public Defender Paloma Guerrero asked Justice of the Peace Diana Sullivan to order a mental health evaluation for Villanueva.

State psychiatrists will evaluate Villanueva to determine if he understands the court proceedings and is competent to stand trial.

According to his arrest report, Villanueva shot the employee as he turned to run away. The victim suffered 35 to 45 impact wounds from birdshot-sized pellets in the back, top and front of his head and neck.

The employee told police that Villanueva might have held him responsible for his termination, according to the report.

Sullivan ordered the defendant to appear in court again on Jan. 5. He remained in the Clark County Detention Center on Tuesday with a $100,000 bail.