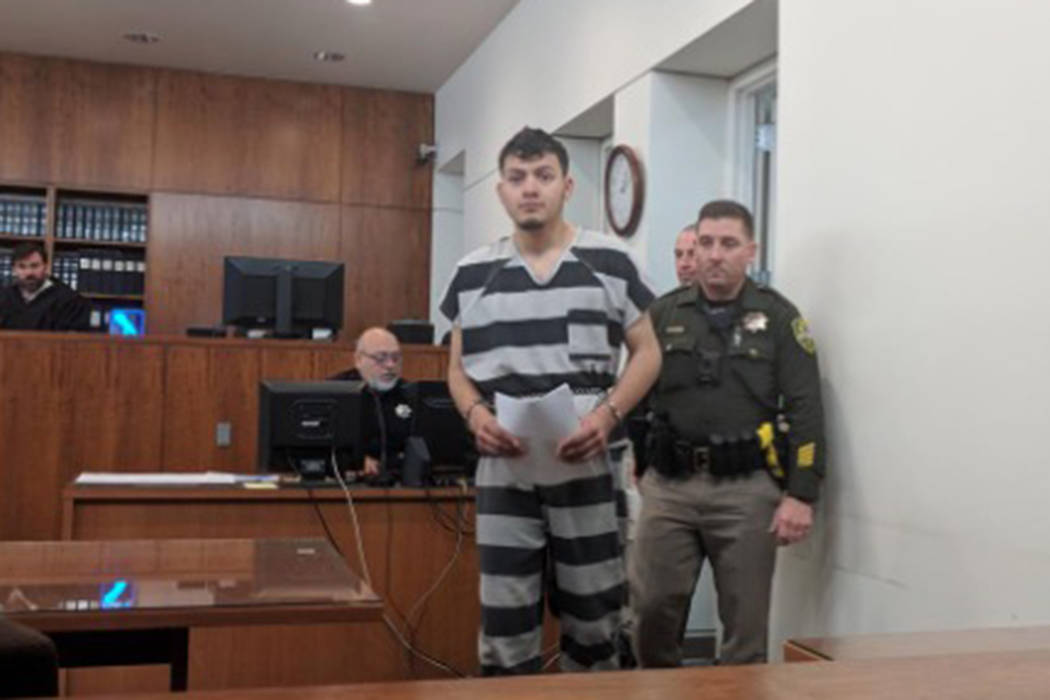 Wilber Ernesto Martinez-Guzman, 19, from El Salvador, was arraigned in front of Judge Tom Armstrong in Carson City Justice Court Thursday on burglary, stolen property and other charges connected to a series of killings in nearby Gardnerville and Reno. (Colton Lochhead/Las Vegas Review-Journal) 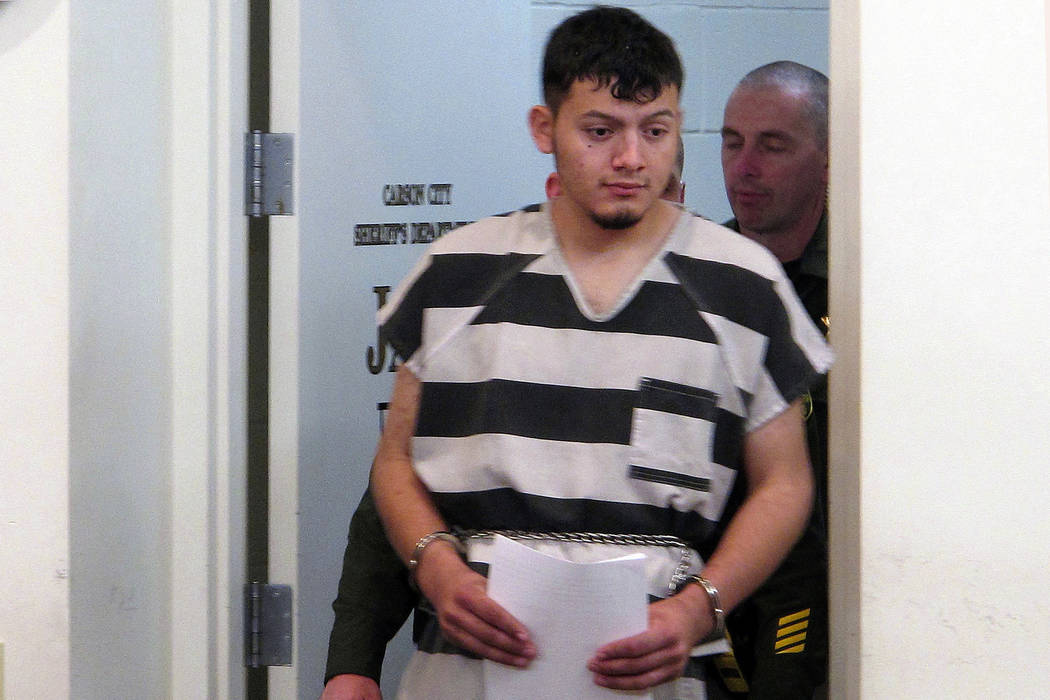 FILE - In this Jan. 24, 2019 file photo, Wilber Ernesto Martinez-Guzman, 19, of El Salvador, is escorted into the courtroom for his initial appearance in Carson City Justice Court in Carson City, Nev. Nevada's Supreme Court justices acknowledge they are struggling with complicated jurisdictional questions in the appeal of Martinez-Guzman, a Salvadoran immigrant accused of four killings during a 16-day rampage in January. (AP Photo/Scott Sonner, File)

CARSON CITY — Nevada Supreme Court justices acknowledged Tuesday they are struggling with complicated jurisdictional questions as they consider an appeal involving a Salvadoran immigrant accused of four killings during a 16-day rampage in January.

Lawyers for 20-year-old Wilber Ernesto Martinez-Guzman argue that a Washoe County grand jury had no authority to indict him in Reno for two of the killings that occurred in Douglas County.

“This is the first (time) where a prosecutor asked a grand jury to indict on a crime that did not occur in the county,” Washoe County Public Defender John Reese Petty said during oral arguments before all seven justices in Carson City.

Federal officials have said Martinez-Guzman is in the U.S. illegally, but they don’t know how or when he crossed the Mexico border. The case has drawn the attention of President Donald Trump, who says it shows the need for a border wall.

Martinez-Guzman was indicted March 13 on four murder counts in the killings of a Reno couple at their home days after two women were shot at their Douglas County residences in Gardnerville.

A detective testified before the grand jury that Martinez-Guzman told her during an interrogation that he robbed and killed his elderly victims because he needed money to buy methamphetamine.

District Attorneys Chris Hicks of Washoe County and Mark Jackson of Douglas County previously said they would co-prosecute the case in Washoe County District Court in Reno and seek the death penalty if Martinez-Guzman is convicted.

They say the grand jury acted legally, partly because Martinez-Guzman committed all four homicides with the same gun he stole from the Reno couple.

“The intent for the Douglas County killings was formed in Washoe County,” Washoe County Deputy District Attorney Marilee Cate told the justices Tuesday. “The preparatory act was taking the gun.”

The trial currently is scheduled to begin in April, but numerous pretrial motions are pending in Washoe County District Court and defense attorneys say they need more time to prepare.

Petty argued Tuesday the incidents in the two counties are “isolated events distinct from each other.”

No evidence suggests Martinez-Guzman “suddenly formed this criminal intent to go on a crime spree across Nevada,” he said. “There’s no grand conspiracy, no grand scheme or plan that (he) made in Washoe County.”

Washoe District Judge Connie Steinheimer agreed in June when she ruled the grand jury had the necessary jurisdiction to indict Martinez-Guzman on charges “relating to events taking place in Douglas County.”

It’s not clear when the justices will rule. Several acknowledged Tuesday the applicable state law is somewhat confusing regarding the extent to which — if any — a grand jury’s jurisdictional authority differs from that of a county’s district court.

At one point, Justice James Hardesty asked Petty, “As much as we’re all struggling with this language, would you concede it’s at a minimum, ambiguous?”

Petty said the law is clear that a grand jury only has jurisdiction over crimes committed in that county.