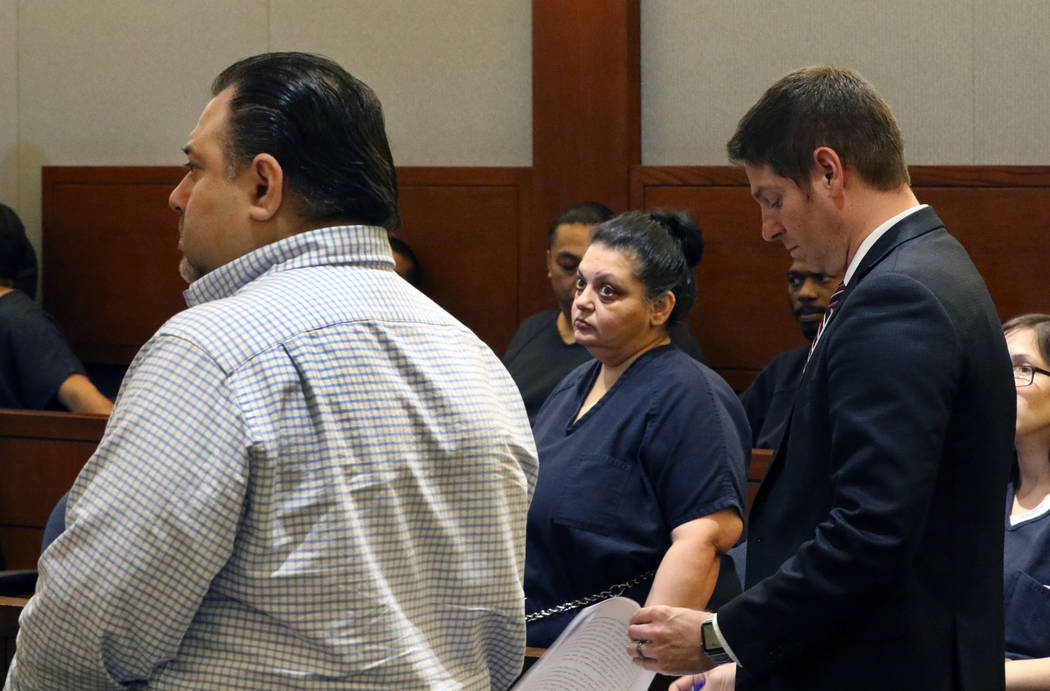 Sherry Marks, center, and her brother David Marks, left, accused of swindling a lawyer out of $1.5 million, appear in court with her attorney Rafael Nones, right, during their preliminary hearing at the Regional Justice Center on Wednesday, May 29, 2019, in Las Vegas. (Bizuayehu Tesfaye/Las Vegas Review-Journal) @bizutesfaye 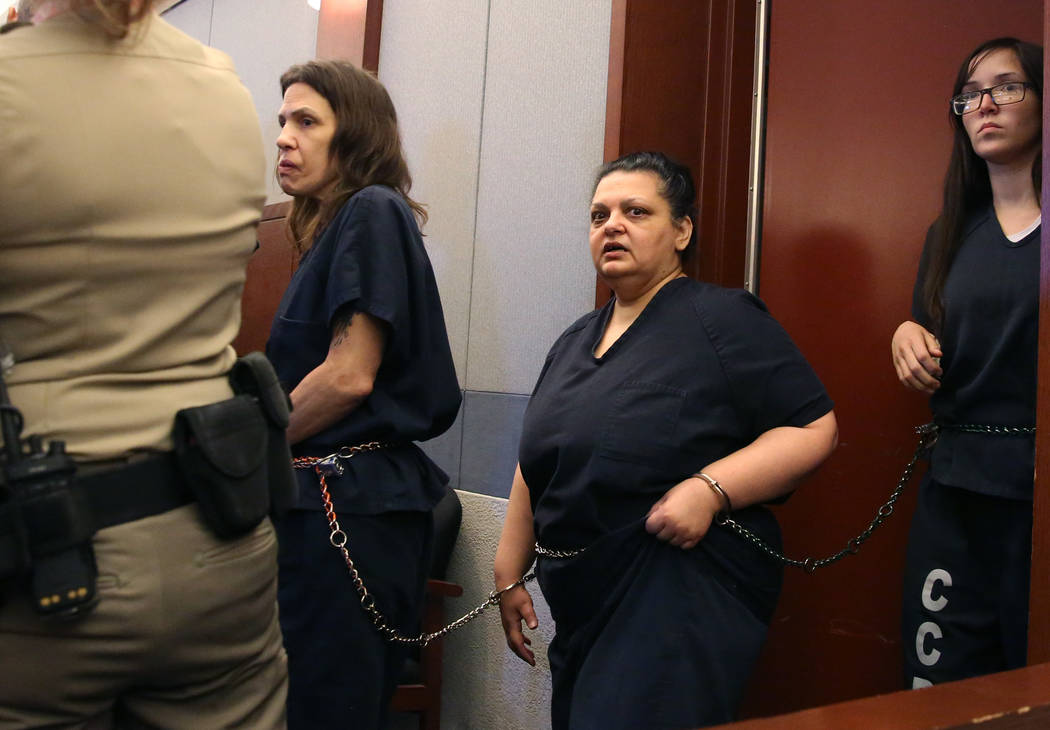 Sherry Marks, center, led into the courtroom during her preliminary hearing at the Regional Justice Center on Wednesday, May 29, 2019, in Las Vegas. Marks and her brother David Marks are accused of swindling a lawyer out of $1.5 million. (Bizuayehu Tesfaye/Las Vegas Review-Journal) @bizutesfaye 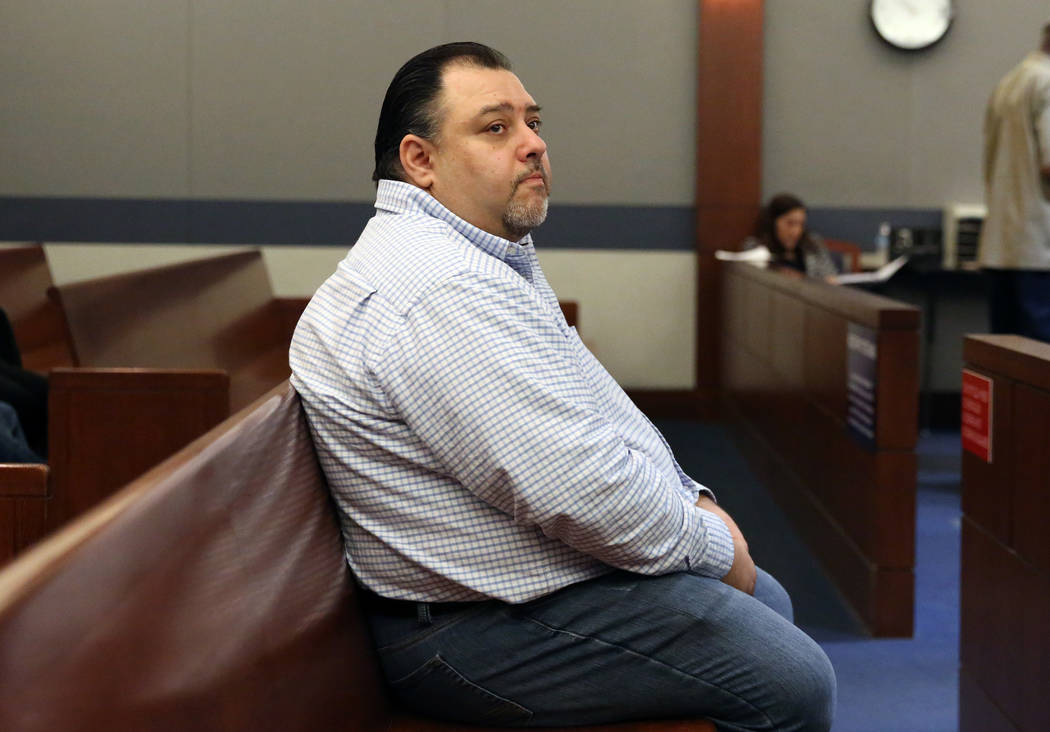 David Marks, along with his sisters accused of swindling a lawyer out of $1.5 million, appears in court during his preliminary hearing at the Regional Justice Center on Wednesday, May 29, 2019, in Las Vegas. (Bizuayehu Tesfaye/Las Vegas Review-Journal) @bizutesfaye 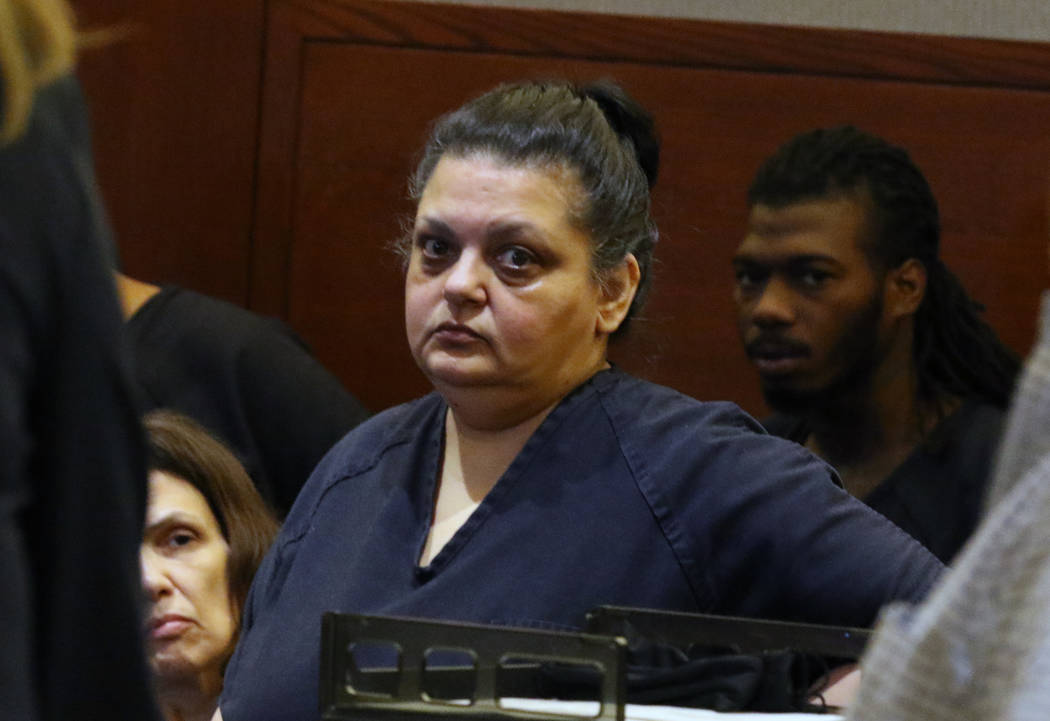 Sherry Marks, appears in court during her preliminary hearing at the Regional Justice Center on Wednesday, May 29, 2019, in Las Vegas. Marks and her brother David Marks are accused of swindling a lawyer out of $1.5 million. (Bizuayehu Tesfaye/Las Vegas Review-Journal) @bizutesfaye 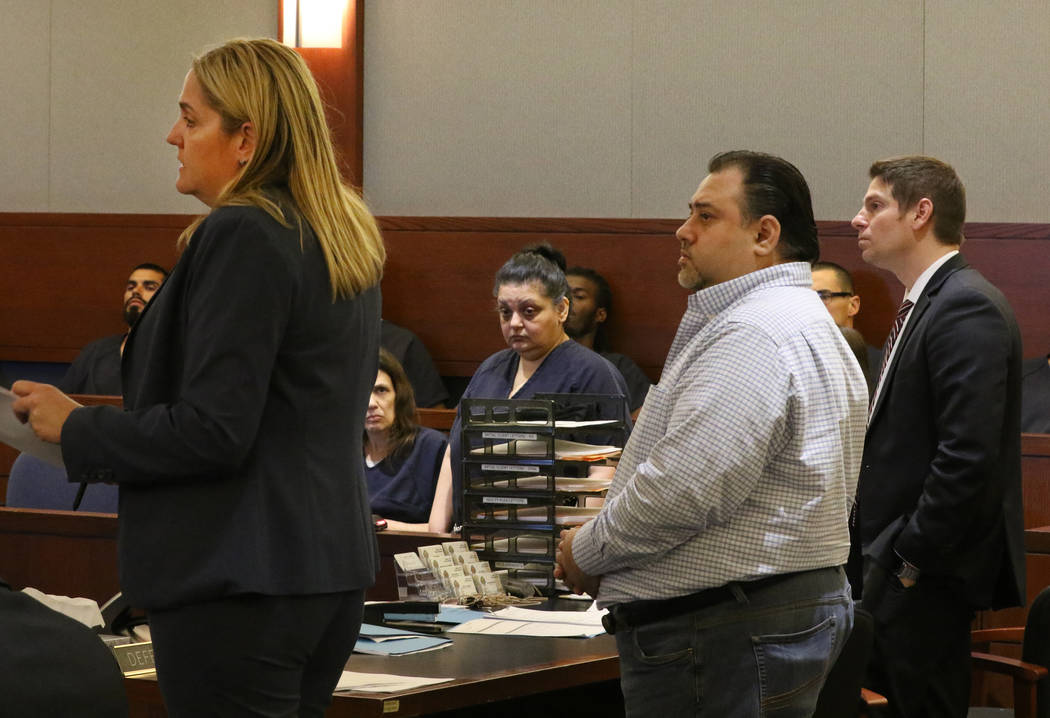 Sherry Marks, second left, and her brother David Marks, second right, accused of swindling a lawyer out of $1.5 million, appear in court with their attorneys Betsy Allen, left, and Rafael Nones, right, during their preliminary hearing at the Regional Justice Center on Wednesday, May 29, 2019, in Las Vegas. (Bizuayehu Tesfaye/Las Vegas Review-Journal) @bizutesfaye

Prosecutors leveled new charges Wednesday against a man and woman accused of bilking more than $1 million from a lawyer who responded to a flyer for “psychic readings.”

Sherry Marks, 52, and David Marks, 48, each face 14 counts of theft, one count of extortion and one count of multiple transactions involving fraud or deceit in the course of occupation or enterprise.

Another woman, Rita Stevens, has been named in the case as an uncharged co-conspirator, and Chief Deputy District Attorney Karen Mishler has said that charges could be filed against a third woman, identified in court records as Peaches Marks.

Authorities have described the case as an elaborate, monthslong scam that netted cash, jewels, airfare and a pair of $130,000 BMWs.

More than a year ago, Stacey Tokunaga, 56, who focuses on workers’ compensation law in California and Nevada, called a number she found on a flyer for a tarot card reading, according to court papers.

“Sherry Marks’ and Rita Stevens’ supposed psychic abilities revealed that Stacey Tokunaga had a ‘sickness,’ the charges filed Wednesday stated. “The only way Stacey Tokunaga could be healed of her sickness and/or achieve happiness was for Stacey Tokunaga to provide the defendants with money and/or purchases various items.”

The lawyer made hundreds of thousands of dollars in cash withdrawals, cash advances, signed cashier’s checks, allowed the defendants to use her credit cards, gave them jewelry and bought them two luxury sedans, after they promised that she would be “cleansed,” the court papers stated.

In court Wednesday, lawyers for David and Sherry Marks, told Las Vegas Justice of the Peace Joe Bonaventure that they needed more time to review the new charges.

While Sherry Marks was being detained on $40,000 bail, David Marks has been released from custody.