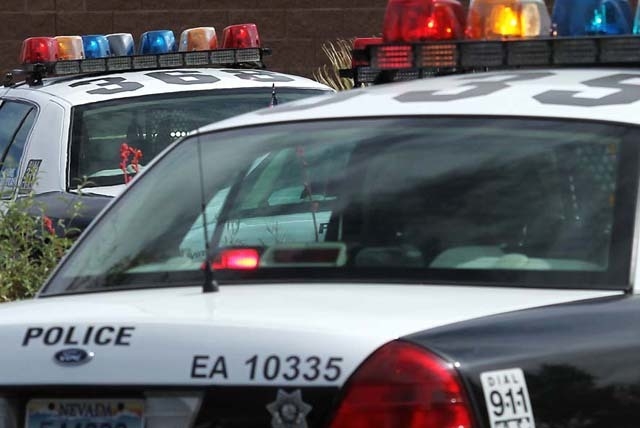 One man is in critical condition and one woman is in jail after a single-vehicle crash early Tuesday morning in the southwest valley.

Las Vegas police responded about 1:45 a.m. to a single-vehicle accident at West Tropicana Avenue and South Buffalo Drive. The 2013 Volkswagen Jetta was on southbound Buffalo when it crashed into a concrete barrier marking the end of the street.

The 28-year-old male passenger, Jose Antonio Gomez-Lunarte, was transported to University Medical Center with what doctors told police were “unsurvivable injuries,” said police Sgt. Richard Strader. It appeared that the passenger was not wearing his seat belt, Strader said. Kristiana Dimcheva’s arrest report said Gomez-Lunarte had injuries to his head and abdomen, and was being kept alive by machines.

Police believe the female driver, 23-year-old Dimcheva, was intoxicated at the time of the crash. According to her arrest report, there were several beers in her vehicle and though she refused to take a breath test, alcohol registered when it came near her mouth.

After officers got a search warrant, Dimcheva was forced to have her blood drawn. She was booked into the Clark County Detention Center on DUI charges.