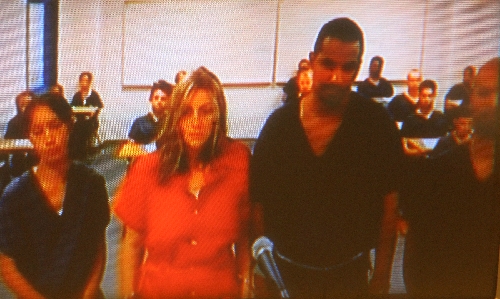 A 29-year-old woman facing murder and conspiracy charges in the shooting death of her husband appeared in Las Vegas Justice Court on Wednesday.

Michelle Paet is scheduled to face a preliminary hearing Dec. 23 at which a justice of the peace will determine if prosecutors have enough evidence to bind the case over to District Court for trial.

Paet is accused of entering into a conspiracy with her lover, Michael Rodriguez, and others to kill her husband, Air Force Staff Sgt. Nathan Paet, 28, so they could collect $600,000 in military benefits and insurance money.

Las Vegas police said Nathan Paet was shot to death Dec. 1 by Rodriguez and another man, Corry Hawkins, as he was leaving his southwest valley home to go to work at Nellis Air Force Base.

Rodriguez and Hawkins were alerted that Paet was leaving home by text messages sent by his wife, police said.