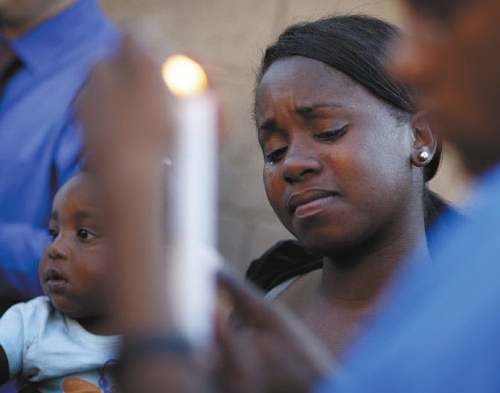 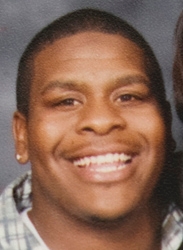 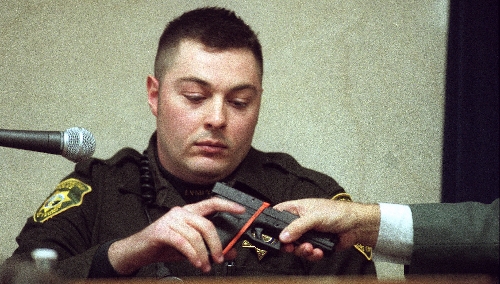 Las Vegas police are set to pay out $1.7 million to the family of Trevon Cole, the man shot and killed by an officer during a botched 2010 drug raid.

Both parties in a lawsuit typically have agreed on a settlement amount by the time it appears on an agenda of the Police Department’s Fiscal Affairs Committee, an oversight body made up of commissioners and councilmen.

Clark County Commissioner Steve Sisolak, who serves on the committee, said he would vote to approve the settlement despite the high dollar amount.

"Quite frankly, had it gone to trial, it’s very possible it could have been significantly more than that," he said.

Commissioner Larry Brown said he probably would approve it because it would bring closure to everyone involved.

Yant was part of a narcotics team that raided Cole’s east valley apartment after undercover officers bought 1.8 ounces of marijuana from Cole over four exchanges. But Yant made mistakes almost from the moment he began targeting Cole. Yant confused Cole with someone with the same name who had a lengthy criminal record, but that person did not match Cole’s physical description or age. Yant used the false information on the affidavit seeking a search warrant, and it was approved by a judge.

There also were several mistakes made during the minutes and seconds leading up to Yant firing once at Cole when the man was flushing marijuana down a toilet.

Yant said Cole, who was unarmed, lunged at the officer, but physical evidence contradicted his story. Former District Attorney David Roger told the Review-Journal that he and other prosecutors didn’t believe the officer’s story.

The incident, one of two high-profile shootings in 2010, prompted Clark County Sheriff Doug Gillespie to restrict which officers are allowed to serve search warrants and led to reforms of the coroner’s inquest process.

If approved, the settlement will be by far the largest for a fatal Las Vegas police shooting. It also surpasses the total amount paid out for fatal shootings over the past two decades. The previous highest payout was $300,000 for the 2003 shooting of Orlando Barlow, who was unarmed and surrendering to police when he was shot in the back by an officer.

Last year the department paid out a combined $2.5 million between two lawsuits. One was for a man who was imprisoned for several years after the department’s laboratory swapped his DNA with that of another man. The other case was for the family of a mentally ill man who died after an officer placed him in a form of choke hold.

And the department might be facing other payouts. A lawsuit has been filed into 2010’s other controversial shooting, the death of Erik Scott, who was killed outside a Summerlin Costco store. Last year, the mother of Rafael Olivas filed a lawsuit after the 23-year-old man was shot and killed while walking toward officers while armed with a knife in July.

Lagomarsino also represents the mother of Stanley Gibson, the disabled Persian Gulf War veteran who was shot and killed by an officer in December. Gibson, 43, was unarmed and in his vehicle when a plan by officers to safely resolve the situation went awry. Officer Jesus Arevalo fired seven times into the vehicle with an AR-15 assault rifle, killing Gibson.

Lagomarsino said he expects to file a lawsuit in the case this year.

Monday’s settlement, like other lawsuits, would come from the Police Department’s self-insurance fund. The agency puts money into the fund each year through the annual budget.

Sisolak said that while most of the department’s settlements over the years have been small, Monday’s would be "a lot of money," he said.

"We can’t afford to pay these out on a regular basis."