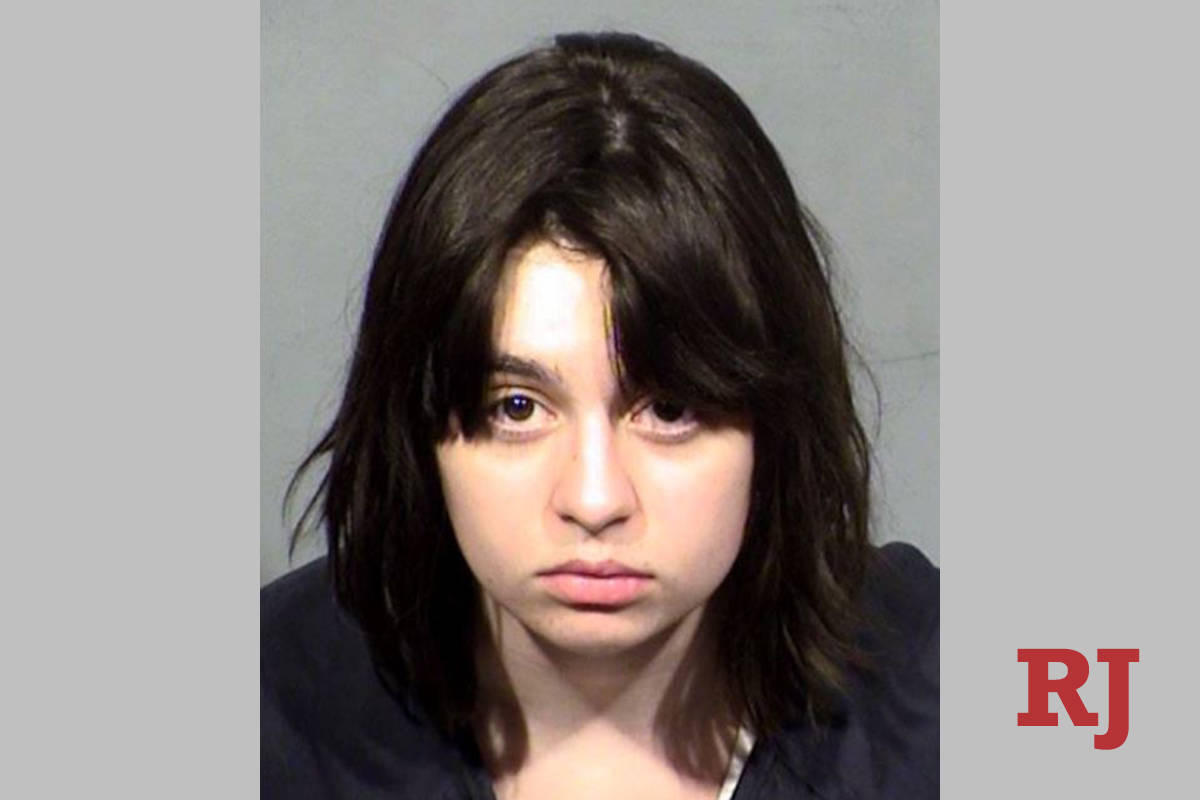 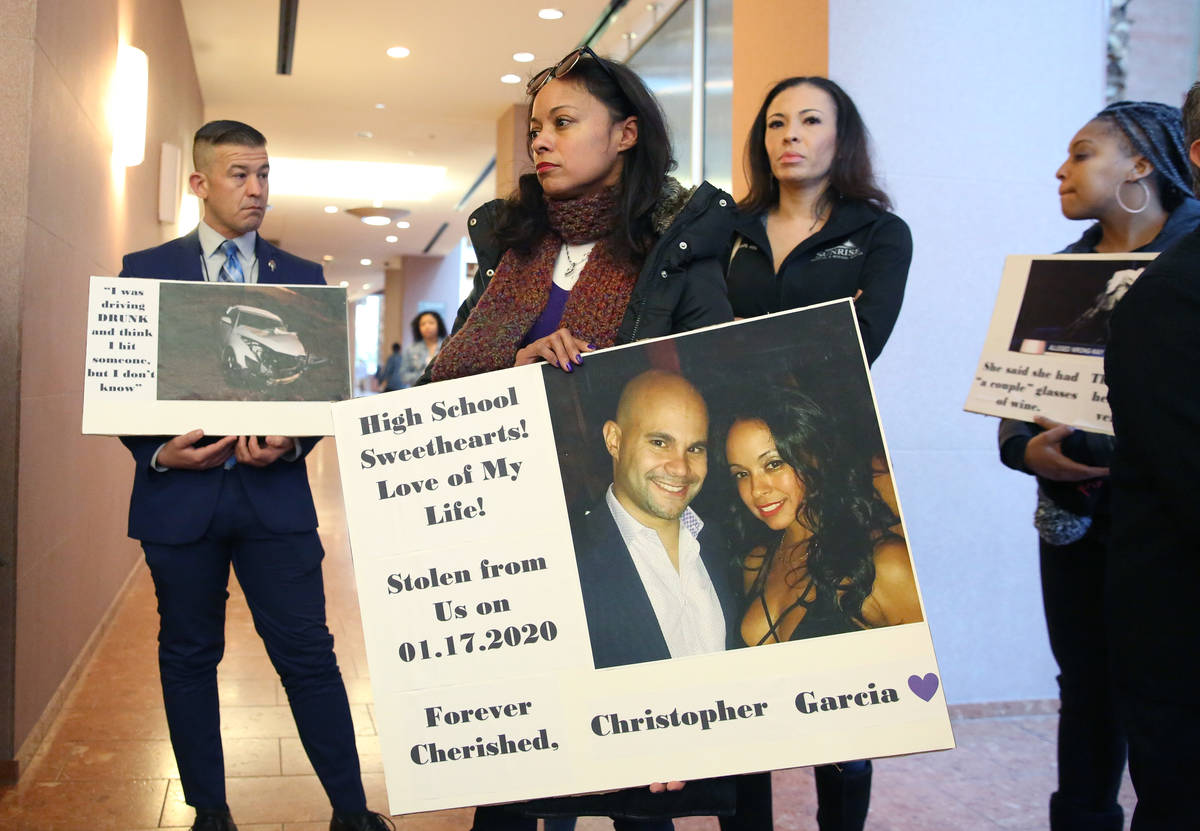 Maribel Garcia, center, wife of Christopher Garcia, 45, who was killed after a suspected DUI driver, Ciera Brawer, 20, struck his vehicle inside the airport connector tunnel, stands with other family members outside the courtroom where Brawer makes her initial court appearance at the Las Vegas Justice Court on Monday, Jan. 27, 2020, in Las Vegas. (Bizuayehu Tesfaye/Las Vegas Review-Journal) @bizutesfaye

Maribel Garcia remembered the first time she passed her would-be husband in the crowded halls of their high school 30 years ago, and so many precious moments since.

Weeping during a court hearing, conducted through a videoconference, she told a Las Vegas judge on Monday of the early morning hours last year when she learned that a wrong-way, drunken driver had slammed into her husband Christopher Garcia’s car on the airport connector, killing him instantly.

Pictures of him were tacked on a wall behind her.

“I miss him ferociously,” she told Senior District Judge James Bixler, recalling weekend mornings when her husband would make her French toast.

She spoke of his wit, his smile and his embrace.

“He never missed an opportunity to tell me that he loved me,” she said.

Two months ago, Ciera Brawer, now 21, pleaded guilty to DUI resulting in death for causing the crash that killed Christopher Garcia. She stood in shackles on video from the Clark County Detention Center, crying as well, while Bixler handed down a sentence of five to 15 years behind bars.

“No expression of remorse, guilt or sorrow will ever show how horrified I feel having caused this accident,” Brawer said, her words at times inaudible. “I will never rest easy, but if I can save even a single life, perhaps my hurt will ease some pain. Please know that I’m truly sorry.”

Garcia, 45, was killed in the early morning Jan. 17, 2020, when his Audi was struck by Brawer’s Chevrolet Cruze headed south in the northbound lanes of the airport connector tunnel. He was headed to McCarran International Airport to pick up his brother for a family reunion.

At the time of her arrest, Brawer told police, “I was driving drunk, and I think I hit someone. I think I was on the wrong side of the road, but I don’t know.”

As the judge imposed Brawer’s sentence, Maribel Garcia held her head in her tissue-covered hands.

“It doesn’t make one iota of difference what kind of a sentence is imposed,” Bixler said. “The tragedy of this matter is so tremendous and humongous that it’s just rather overwhelming from everybody’s perspective. The victim’s family especially, especially has a lifetime ahead of them of mourning.”

Maribel Garcia thought back to a Valentine’s Day decades earlier when her high school sweetheart had asked her to be his girlfriend. They would reconnect years later, after he found her number, called her up and asked for another date.

“I married my soul mate,” she said on Monday. “He was loving, caring, always kept me smiling.”