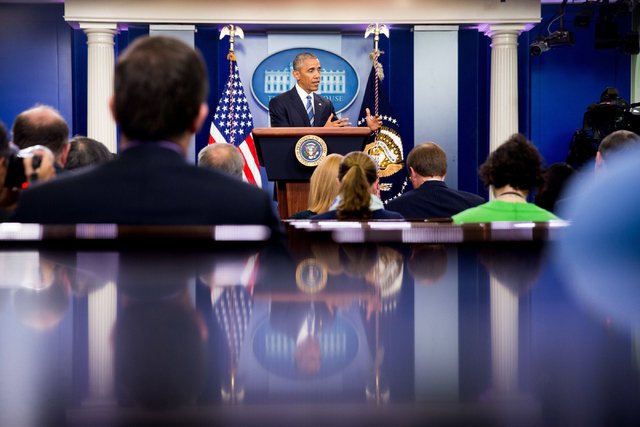 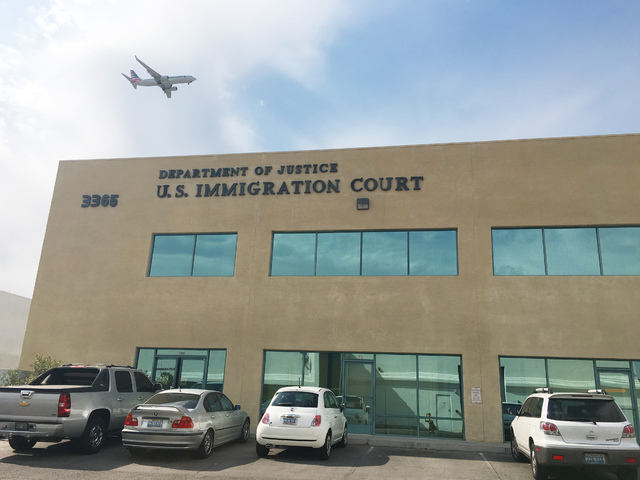 Out of about 55 immigration courts overseen by the Department of Justice’s Executive Office of Immigration Review, Nevada’s is referred to as Las Vegas court, named for its base city. Most cases in Nevada are processed through the nondescript building near Pecos Road and Patrick Lane, at times with videoconferencing. Adelaide Chen/Las Vegas Review-Journal 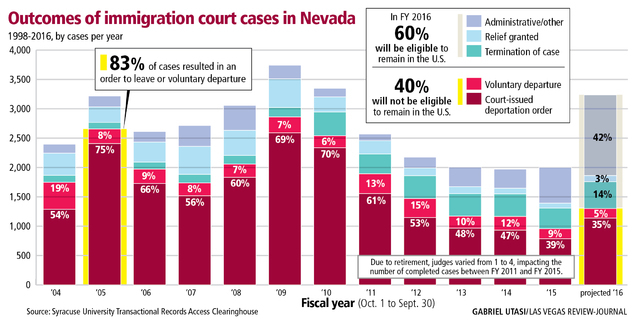 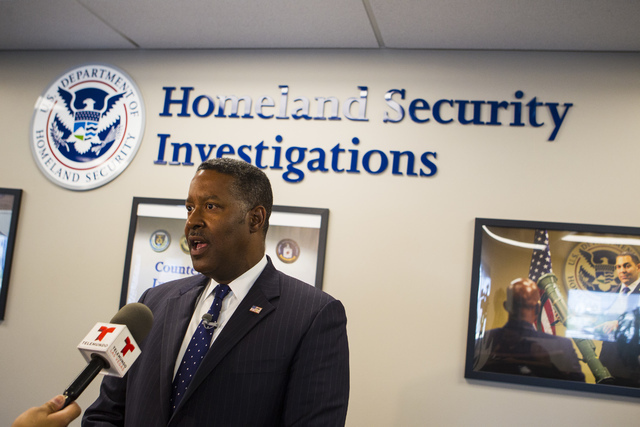 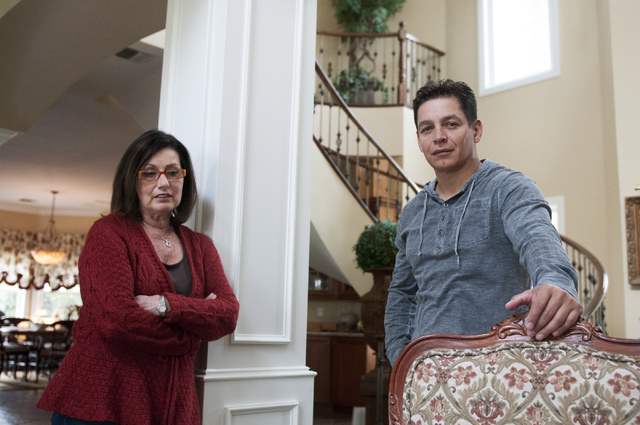 Walter Trujillo, a Venezuelan national and legal United States resident, and his partner Christina Cesaretti, talk about his legal immigration case at their home in Las Vegas, Nev., Thursday, Oct. 10, 2013. The Nevada Supreme Court ruled against Trujillo Thursday in a case that would have allowed him to be able to apply for citizenship even after a questionable felony in his record for shoplifting in 1996. (Erik Verduzco/Las Vegas Review-Journal)

Deportation of undocumented immigrants is at a nine-year low nationally, and the numbers are not expected to return to the historic highs seen in President Barack Obama’s first term unless November elections lead to a new direction on U.S. immigration policy.

The Obama administration, in its first term, deported a record number of undocumented immigrants, peaking at 409,849 in fiscal year 2012. Within three years, that number had decreased nearly 43 percent, to 235,413 – the lowest figure since 2006, according to Immigration and Customs Enforcement.

The government credits more resources for security and technology in deterring potential border crossers, thereby reducing border patrol apprehensions by half since President George W. Bush’s administration. Meanwhile, Mexico’s unemployment rate is at a low of 4 percent, and the Mexican government is deporting many Central Americans before they reach the U.S. border.

The decline in interior deportations stemmed in large part from a policy started in 2011 and furthered in 2014 by the Department of Homeland Security, which oversees ICE, prioritizing deportation of criminals – threats to national security, felons and those with multiple or significant misdemeanors.

And it remains in place, even though the Supreme Court case in June overturned a key piece of Obama’s immigration policy.

That case, in which justices deadlocked 4-4, upheld an appeals court ruling blocking an executive action by Obama known as the Deferred Action for Parents of Americans and Lawful Permanent Residents (DAPA) program. In theory, it put at risk an estimated 5 million undocumented immigrants – 51,000 in Nevada – eligible for protection from deportation.

But UNLV law professor Michael Kagan, who directs the immigration clinic on campus, said that since the case did not affect the underlying DHS policy, it will not have much impact on deportation numbers.

That policy is reflected in the deportation data. Out of 69,478 interior deportations — excluding border areas and ports of entry – in fiscal 2015, 91 percent involved immigrants previously convicted of a crime. Similarly, 88 percent of the 1,161 deportations reported for the month of June by the regional Salt Lake City ICE field office, which oversees Nevada, Idaho, Montana and Utah, involved criminals. Data for individual states was not available.

That trend also is reflected in U.S. immigration courts. The number of criminally based cases has declined in recent years, according to latest figures from the Transactional Records Access Clearinghouse at Syracuse University, which showed they comprised about 7 percent of total cases in Nevada and 7.5 percent nationally.

“One primary reason for the drop in criminal cases in immigration court is that Obama administration policies have greatly restricted ICE enforcement activity, to the point where they are taking action against far fewer criminal aliens than before,” said Jessica Vaughan, director of policy studies at the Center for Immigration Studies and a critic of Obama’s immigration policies.

About 35 percent of respondents in cases completed in Nevada for fiscal year 2016 will be ordered to leave the country, according to TRAC, which projected the numbers from the first 10 months of the fiscal year ending Sept. 30. Another 5 percent will be granted voluntary departure and will leave at their own expense.

About 42 percent of immigration cases are being closed administratively, according to TRAC.

There are many reasons that can happen, such as an application for asylum, petition for a visa, or a provisional waiver.

“(That) means the case is taken off the docket and put on a suspense docket,” said Judge Dana Marks, president of the National Association of Immigration Judges. Applications often go to U.S. Citizenship and Immigration Services.

“We have a very inefficiently designed immigration system in which people are brought to court, only to ultimately claim a benefit that has to be processed by a different agency,” he said.

Since November 2011, ICE also has been retroactively removing low-priority cases from the docket indefinitely under a policy known as prosecutorial discretion.

Prosecutorial discretion accounted for about 14 percent of administratively closed cases in the Las Vegas immigration court from October 2013 to July 31, 2016, according to TRAC.

“ICE is taking a pass on cases that were already in the court system, a lot of them are being closed administratively if they don’t meet the priorities,” said Vaughan of the Center for Immigration Studies. “They are closing cases right and left … simply because the administration does not want to deport anyone but serious criminals.”

The November election is the wild card in whether Obama’s policy on deportations will prevail.

If Democrat Hillary Clinton is elected president, she is likely to largely continue Obama’s policies. If Republican Donald Trump prevails, he could order ICE to step up deportations, though he has recently indicated he would be willing to “work with” law-abiding undocumented immigrants.

“Depending on which president we elect, we might continue to see an expansion of prosecutorial discretion for immigrants who don’t have serious criminal records, or we might see ICE try to take aggressive action to round up people who are in technical violation of the immigration law,” said Kagan.