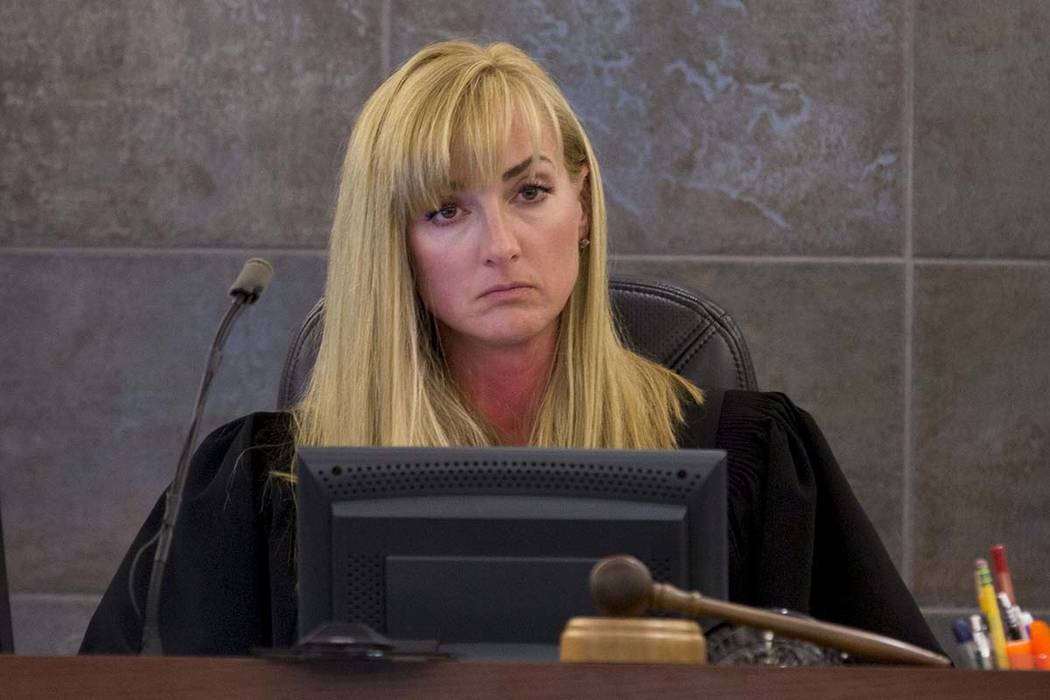 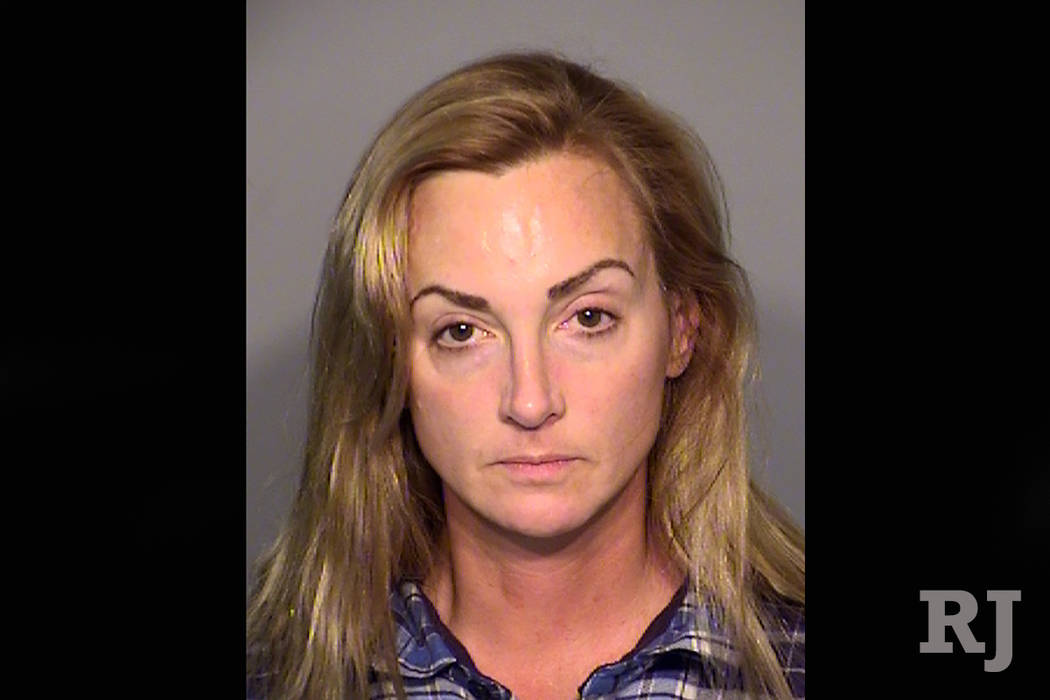 Clark County District Judge Stefany Miley was charged with battery domestic violence this weekend in connection with an incident involving her 18-year-old son, according to an attorney who called police.

Miley, who has served on the bench since 2005, faces one count under her maiden name Stefany Tewell, stemming from an incident that occurred Saturday, according to Las Vegas Municipal Court records.

Details of her arrest were not immediately available. Miley is scheduled to appear in Municipal Court on Jan. 22.

The judge has hired defense attorney David Chesnoff, who said Wednesday afternoon that he had not seen the police report.

“We look forward to representing Judge Miley, who intends on vigorously defending herself against these mere allegations,” Chesnoff said.

The judge is in the midst of a divorce from Edward Miley, a family law and criminal defense attorney. One of his lawyers in the divorce, Bruce Gale, told the Review-Journal that he received a text message at 7:06 p.m. Saturday from Edward Miley, who had forwarded a message from his teenage son.

“Call me now,” Gale said the message read. “I need help. Mom punched me in the mouth and hit me in the head while I was driving. I (am) bleeding and need you to pick me up. She started screaming around the neighbors and tried falling on me to make it look like I was hurting her.”

Gale also said that the couple’s 8-year-old son was in the car at the time.

After reviewing Nevada’s Rules of Professional Conduct for lawyers, Gale said, he spoke further with Edward Miley on Saturday night and then contacted police. Municipal court records show the incident was reported at 10:59 p.m.

Miley was granted a temporary protective order against her husband in late 2009 after he was arrested on domestic abuse charges, according to court records.

The judge told police that in October of that year, her husband had been drinking and was abusive to her, a police report stated.

The court papers stated Edward Miley became abusive with the family dog, grabbing the dog by the throat and threatening to kill it.

Neither the judge nor Edward Miley were available for comment Wednesday.

The couple, who married in Austin, Texas, in 1997, both stated in filings with the court that they had become “incompatible in marriage to such an extent that it is impossible for them to live together as husband and wife.”

In his complaint, Edward Miley’s lawyers wrote that he “loves his wife Stefany very much, but regrettably the incompatibility between Edward and Stefany is so great that presently there is no possibility of reconciliation between them.”

The document identifies her as a judge and states that she has “conducted herself in such a manner, and taken certain actions, that are improper and inappropriate to the harm and detriment of Edward.”

His lawyers wrote that he unsuccessfully tried to resolve their differences and “save Stefany and the family as a whole the embarrassment and harm that might occur if Stefany’s behavior and actions were detailed at this time.” The document does not further explain any of the allegations.

In her response, she acknowledged that the two were “incompatible in marriage” but denied her husband’s “false and defamatory allegations.”

Her lawyers wrote that Edward Miley “stated those allegations in his divorce complaint with the intent that the allegations would be seen by others and place defendant in a false light, cause her damage in her career and put pressure on her to enter into a divorce settlement favorable to plaintiff.”