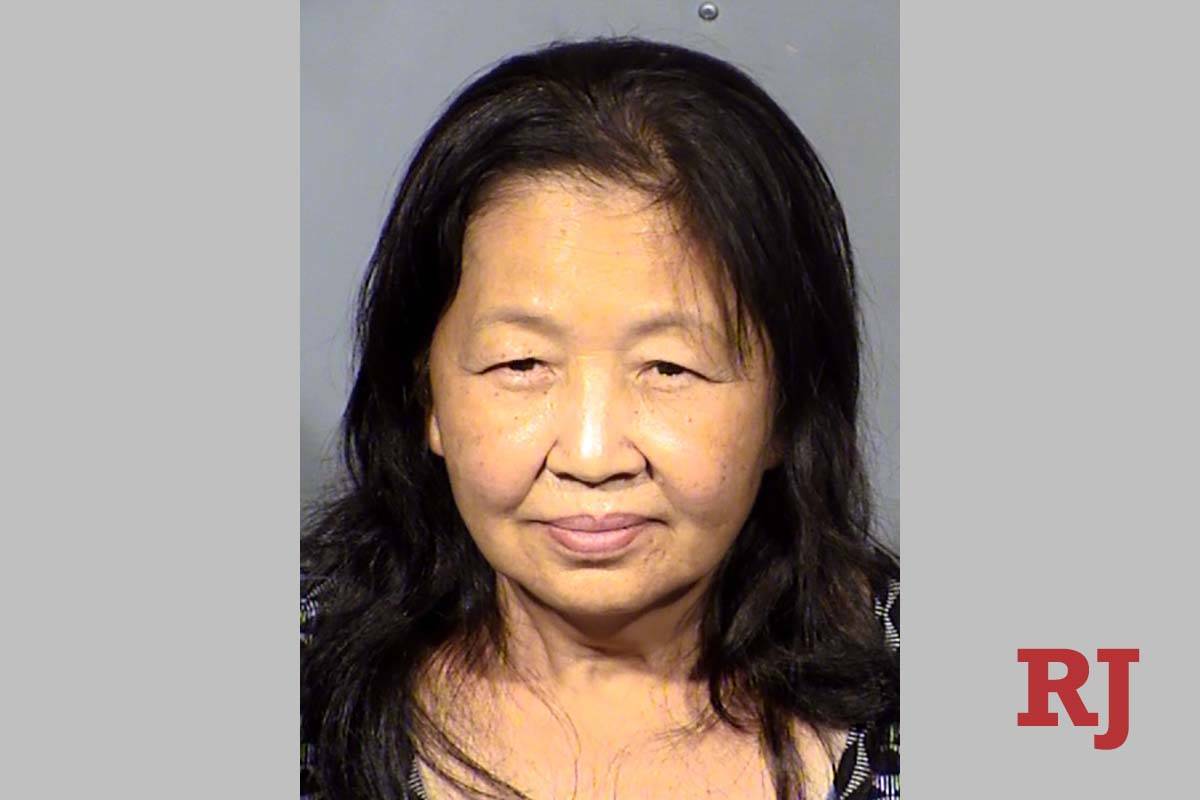 Police say a Las Vegas woman has been arrested after she left three dogs in a hot car while shopping at Walmart, resulting in one of the dogs being euthanized.

Yean Sia, 62, was booked at the Clark County Detention Center July 22 on three counts of willful malicious torture of an animal.

Las Vegas police said in an arrest report for Sia that a security officer called police at 9:30 a.m. that day to report “a four-door sport utility vehicle with the windows halfway down, and three dogs that appeared to be in distress” in the Walmart parking lot at 5200 S. Fort Apache Road.

“(The security officer) said when he first approached the vehicle the dogs looked very overheated, panting and their tongues were hanging out,” police said. “He said they were not in good shape and the heat was getting to them. The owner of the vehicle later came walking up with groceries. (The security officer) believed the dogs would have died within the next 10 minutes if he would not have intervened and called police.”

Police arrived, then moved the dogs to an air-conditioned patrol car. The outside temperature at the time was 96 degrees.

The dogs were identified as pugs named Zachary, Howie and a larger dog named Donna. The pugs were taken to an animal hospital for treatment. Zachary later went into seizures believed to be caused by heat stroke and was euthanized. Howie showed signs of recovery while Donna did not need medical treatment, it said.

Video surveillance from Walmart, police said, showed Sia entered the store at 9:12 a.m. and not returning until 10:03 a.m. She was arrested at the scene.

Las Vegas Justice Court records show a criminal complaint in the case has not been filed. A courtroom status check is scheduled for Aug. 23.