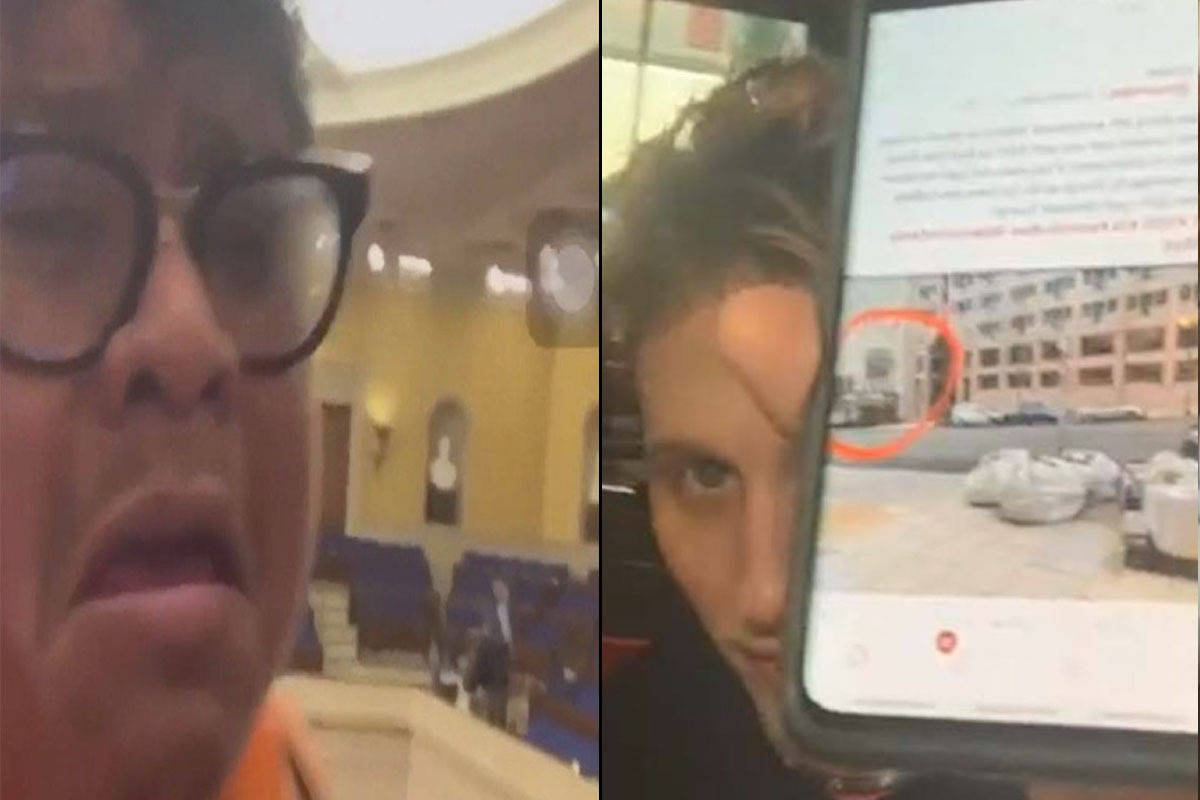 Ronald Sandlin, left, and Nathaniel DeGrave are seen during the Capitol riots in January. The images, taken from video and social media, were released as part of FBI statements. (FBI) 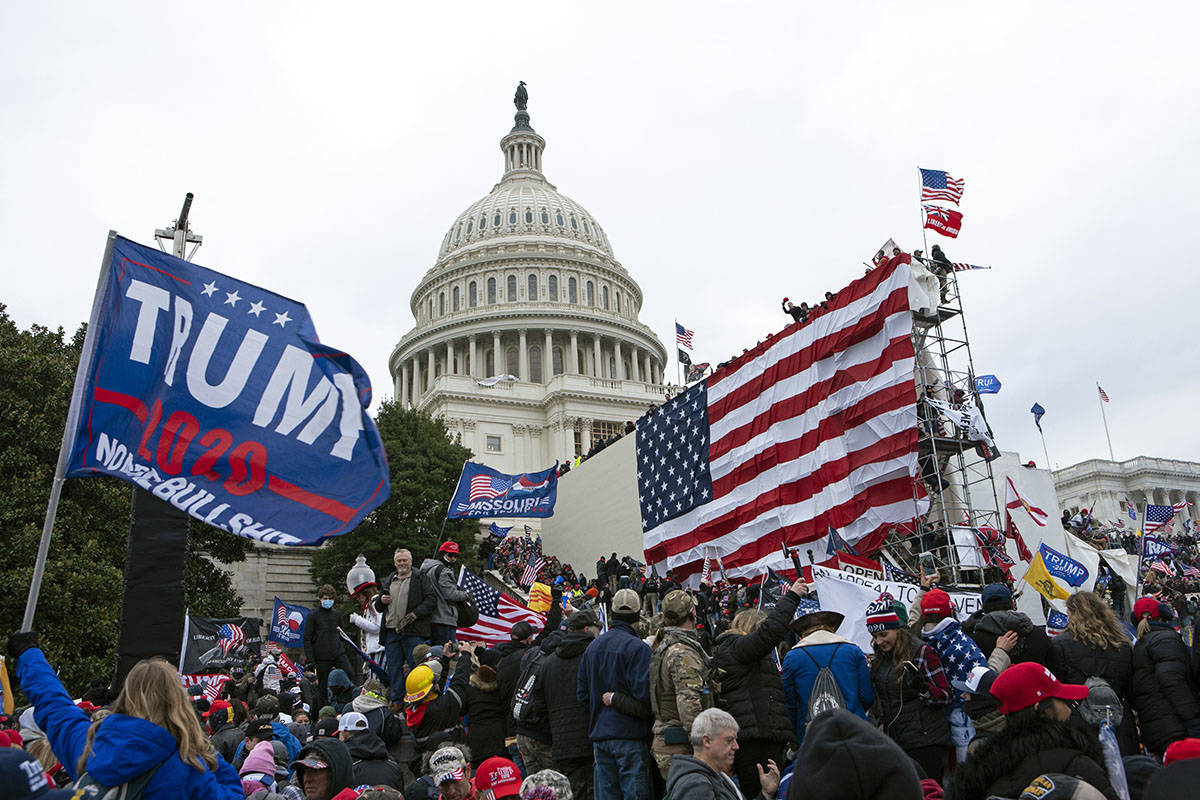 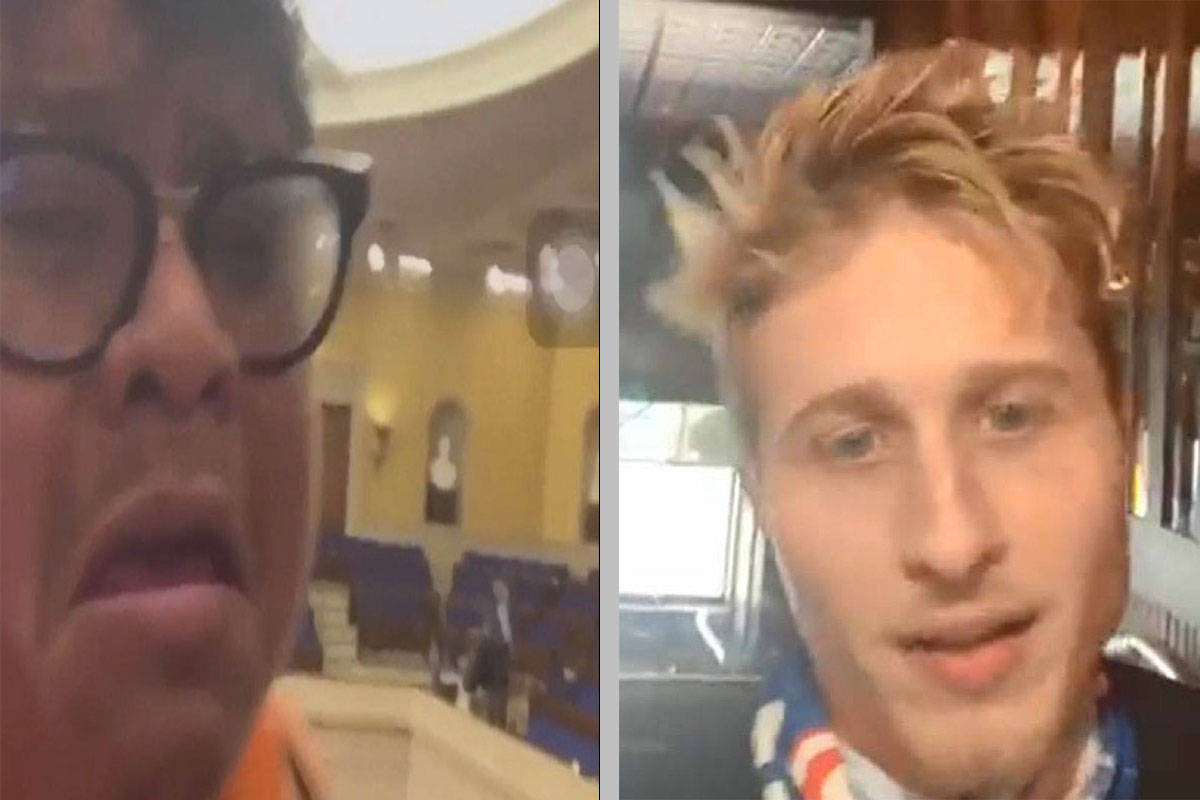 Ronald Sandlin, left, and Nathaniel DeGrave are seen during the Capitol riots in January. (FBI) 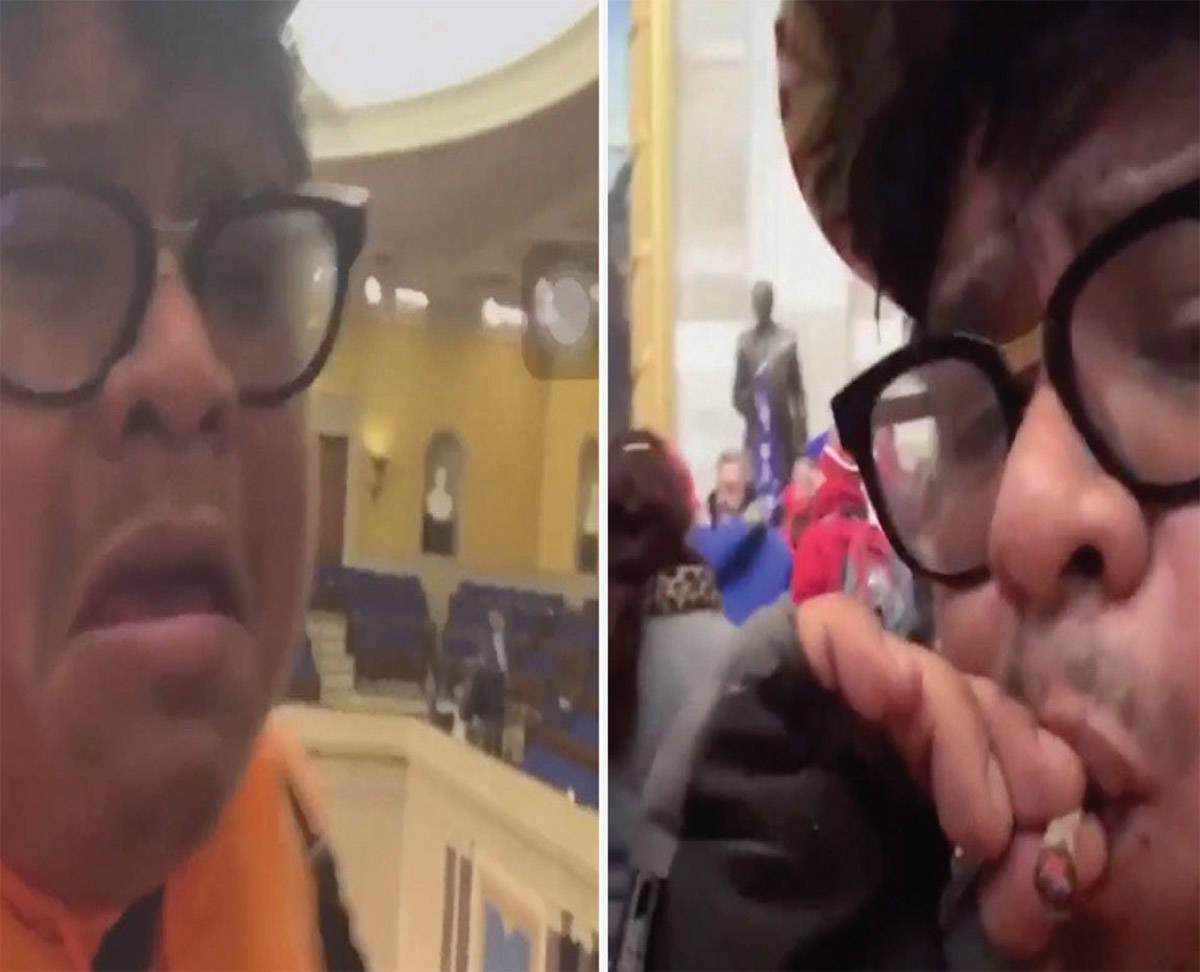 A photo from surveillance video shows Ronald Sandlin smoking what authorities believe was marijuana in the halls of the U.S. Capitol on Jan. 6, 2021. The photo was in a criminal complaint released last week. (FBI) 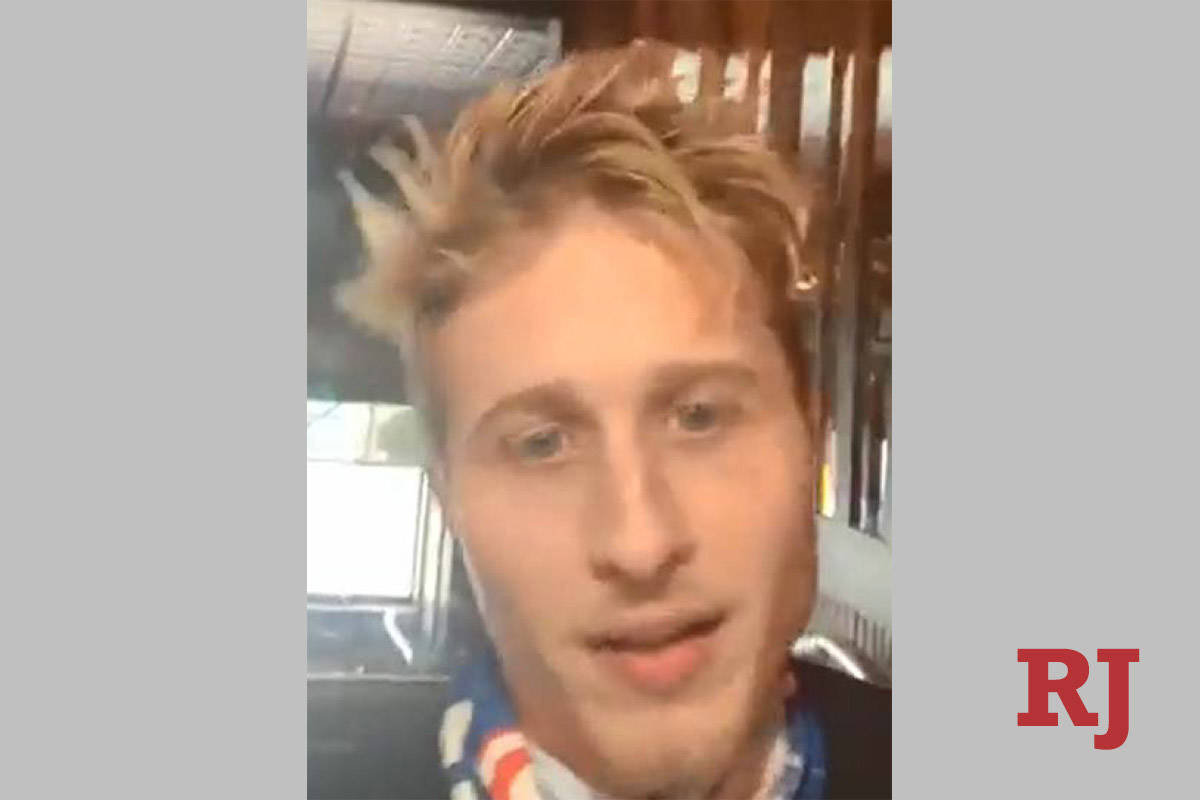 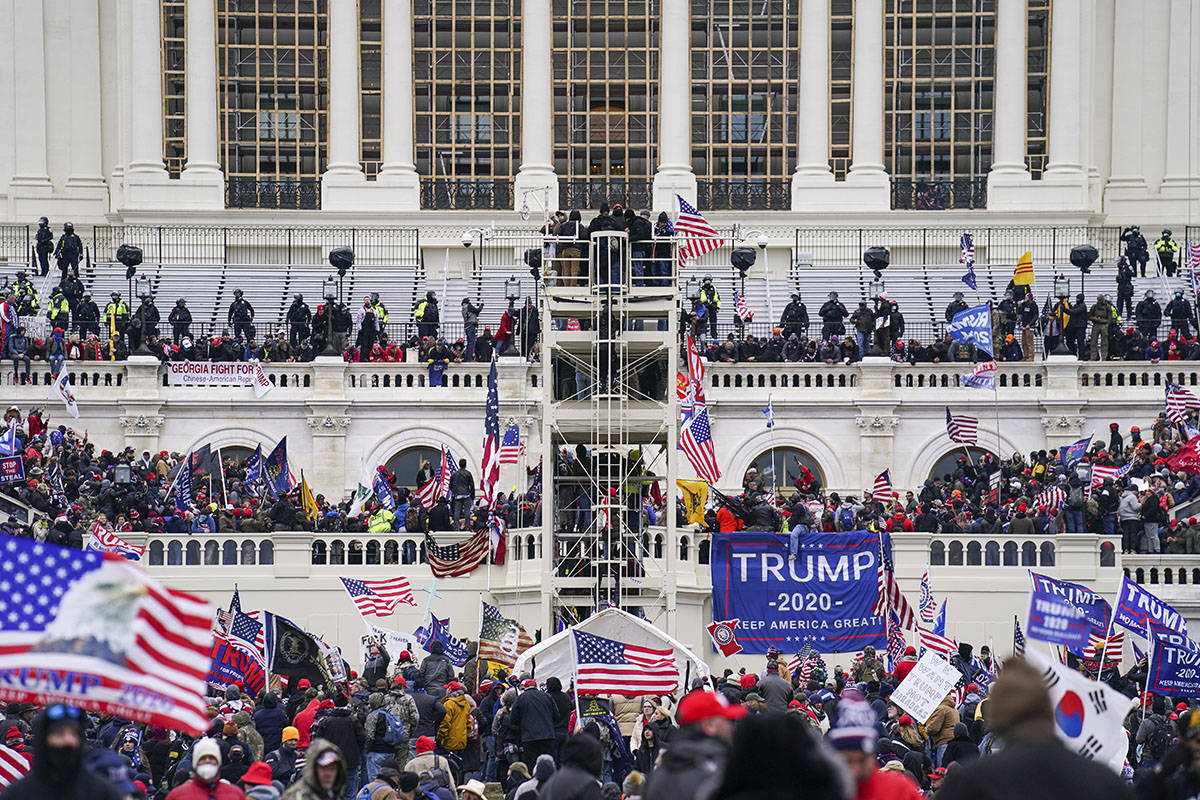 WASHINGTON — Evidence continues to mount against two men with Las Vegas ties who remain jailed after a third man implicated them in the assault on police officers and ransacking of the Capitol during the Jan. 6 insurrection.

The case against hundreds of people arrested after the bloody riot is plodding along as defense lawyers sift through the mounds of evidence gathered by investigators.

Prosecutors are being aided by plea and cooperation agreements from defendants charged with nonviolent crimes after the siege of the Capitol, which occurred on the day Congress was certifying the results of the Electoral College vote in 2020.

Josiah Colt of Idaho has implicated Nate DeGrave, of Las Vegas, and Ronald Sandlin, of Memphis, Tennessee, who was arrested at DeGrave’s apartment, in organizing, traveling and participating in a “stop the steal” rally and the violent attack on the Capitol.

Colt’s decision to cooperate with the government in exchange for leniency was announced this month when he appeared before a federal judge. Prosecutors agreed to drop three lesser charges against him, records show.

Never charged with assault, Colt pleaded guilty July 16 to one count of obstructing official proceedings and is free on bond until his Oct. 18 hearing. He faces a sentence of up to 22 months in jail.

In his plea agreement, Colt detailed actions by DeGrave and Sandlin, who traveled by car to the Washington area and joined a mob that broke into the Capitol and the U.S. Senate chambers.

The commotion from the mob outside was audible as Sen. Catherine Cortez Masto, D-Nev., was preparing to speak on the Senate floor.

At the time she recalled being led out of the chamber by law enforcement yelling: “Move, move, move.”

Cortez Masto and other senators and Vice President Mike Pence were swiftly ushered down the halls and away from the marauders who hunted for lawmakers in the Capitol.

Some in the mob moving through the Capitol corridors chanted, “Hang Mike Pence,” for his decision to certify the state counts, a pro forma ritual that finalizes the election process.

Among the crowd at the Senate were Colt, DeGrave and Sandlin.

Sandlin is seen on videotape, and was witnessed by Colt, charging and assaulting a police officer as the crowd moved toward the Senate.

DeGrave and Sandlin, both charged with assault in multiple count indictments, have been held in the District of Columbia jail.

Attorney General Merrick Garland in June praised the progress of the massive investigation, which has produced 535 arrests resulting from 200 digital tips and other information.

But defense lawyers have chafed at the slow pace of discovery as the government continues to analyze and make available surveillance videos, photographs, social media posts and documents needed to prepare a case or negotiate a plea.

Even judges have voiced concern about the number of cases that have backlogged the federal courts and threaten to infringe on the defendants’ right to a speedy trial.

Jessica Arco, special assistant U.S. attorney, and Sandlin’s defense lawyer, Jerry Ray Smith, announced plea negotiations this year, although Smith noted that he had yet to see all of the evidence the government had against his client.

Meanwhile, federal agents are seeking more than 100 other suspects in connection with the assault, which began after a speech by then-President Donald Trump, who claimed without evidence that the presidential election was stolen and urged his supporters to fight and march on the Capitol.

Federal officials said more than 800 people entered the Capitol on Jan. 6. About 80 police were assaulted by crowds who jumped barricades and broke windows.

This month, one of the first insurrectionists was sentenced. Paul Allard Hodgkins, of Florida, received eight months behind bars. Hodgkins was not charged with assault or causing physical damage, and lesser charges were dropped in an agreement with prosecutors.

Garland and FBI officials have made it clear that their focus in the investigation is on defendants who attacked police, law enforcement officers and journalists or those who destroyed property.

Conspiracy charges have been leveled at members of the Proud Boys, who prosecutors allege organized the siege. Agents also continue to hunt for those responsible for planting pipe bombs at the Democratic National Committee and Republican National Committee buildings.

Meanwhile, surveillance camera video, social media posts, photographs and documents are being archived in a central database by the Justice Department to make available to defense lawyers who have the task of reviewing the materials for evidence beneficial to their clients.

Legal observers are not surprised at the slow pace.

“It’s a huge number of people. I’m not surprised it’s taking awhile,” said Carl Tobias, a professor with the University of Richmond School of Law.

Tobias said judges would allow lawyers all the access they need to protect the defendant’s rights.

“I think it is going to be case by case, that’s how judges approach this,” said Tobias, a founding faculty member at UNLV’s Boyd Law School.

But Tobias said he expects the courts to come down hard on conspirators and those who were violent.

“The deterrent effect is what the prosecutors are after,” Tobias said.

Colt, DeGrave and Sandlin traveled in a rental car from Sandlin’s home in Memphis to Washington for the Jan. 6 “stop the steal” rally.

The three men were not known to be affiliated with the Proud Boys or another right-wing group, the Oath Keepers.

But court records show that Colt, DeGrave and Sandlin prepared for confrontation with law enforcement with purchases of military gear, bear spray and other items.

Colt brought a Glock 9 mm pistol. He told the court that the handgun was left in a Virginia hotel on the day of the insurrection and not carried into Washington, D.C., which has strict gun laws. Weapons are prohibited in the Capitol.

The men set up a GoFundMe page on social media to offset costs of the trip. They posted pictures and videos on Facebook to enlist more supporters, including what appeared to be an altered photograph of Sandlin holding a semi-automatic weapon.

On the day of the attack, Sandlin brought a tripod and recording equipment into the Capitol to capture the event to replay on social media. He also was pictured smoking what appeared to be a marijuana cigarette in the Capitol Rotunda.

Surveillance cameras show Sandlin and DeGrave walking with a mob through the halls of the Capitol. Sandlin was recognized because of his blaze orange jacket. DeGrave wore tactical gear and what appeared to be a bike helmet.

Colt, in his plea statement, said Sandlin charged and assaulted a policeman as he and DeGrave rushed from the Rotunda to the Senate chambers.

Surveillance cameras also recorded Colt, wearing a helmet and backpack, dangling over the edge of the Senate visitor’s gallery before he dropped to the floor. That picture was broadcast nationally by news networks and published in newspapers.

According to documents, DeGrave yelled for Colt to take papers and laptops from desks in the Senate chambers. Colt said he refused to do so.

Instead, Colt sat in the Senate president’s chair on the dais. He admitted in his plea hearing that he thought it was the House seat used by Speaker Nancy Pelosi. Colt posted a video to Facebook where he called Pelosi “a traitor.”

After the attack, the three men left Washington.

FBI agents arrested DeGrave at his Las Vegas apartment without incident on Jan. 28. Sandlin was arrested the same day as he arrived at the apartment in a pickup, records show.

Both Sandlin and DeGrave have been charged with multiple felonies. Both remain in jail after separate federal judges denied bail and monitored release.

During a status hearing, Judge Dabney Friedrich agreed with prosecutor Arco that Sandlin, born in Mexico, was a flight risk, though Sandlin’s defense lawyer said Sandlin has not returned to Mexico since he left as a child.

Sandlin told the judge: “I’ve never been a violent person.”

“I’m no John Gotti,” Sandlin said in reference to the late boss of the Gambino crime family.

Some of the defendants in the Jan. 6 insurrection, most notably those charged with trespassing or misdemeanor crimes, have been released from jail while awaiting court action.

FBI Director Chris Wray told the Senate that the investigation is one of the largest in the bureau’s history and that he equated the participants to domestic terrorists.

Four people died Jan. 6, including Ashli Babbitt, an Air Force veteran from California. She was shot by police as she and other rioters tried to break into the House chamber while lawmakers were being escorted out.

Two men, one from Alabama and one from Pennsylvania, died of natural causes related to cardiovascular disease, according to the D.C. medical examiner’s office. A man from Georgia died of accidental acute amphetamine intoxication.

Capitol Police officer Brian Sicknick was attacked by rioters on Jan. 6 and was sprayed with a chemical irritant. He was taken to a local hospital and died a day later after suffering two strokes, according to the medical examiner.

Two men have been arrested and charged with the assault of Sicknick.

Capitol Police were outnumbered when the mob laid siege to the Capitol, and it took hours for National Guard soldiers from Washington, D.C., and surrounding states to deploy to assistand help law enforcement, who were pummeled with pipes, flag sticks and fists.

Trump was impeached by the House for inciting the insurrection but was acquitted by the Senate.

In subsequent comments, Trump has denied inciting the crowd to riot and disavowed any role in the breach of the Capitol.

The Justice Department, meanwhile, has yet to reveal whether its investigation into the insurrection will include a determination of the role the former president, his family members, aides and associates played in the events of Jan. 6. 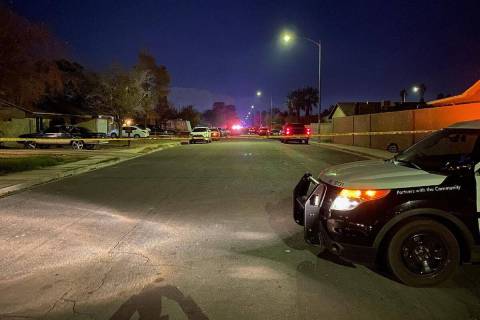 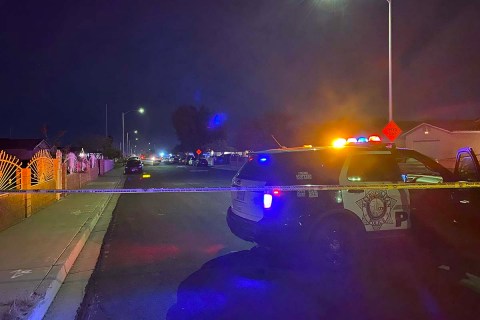