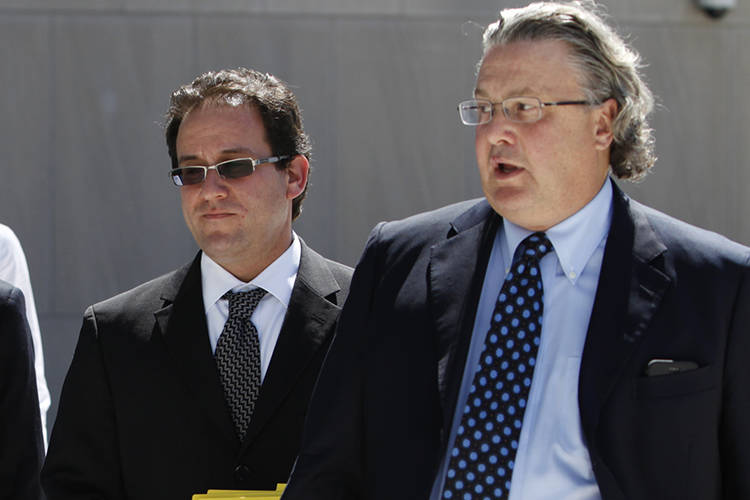 A pair of Las Vegas attorneys settled a federal legal malpractice lawsuit against a former Pure nightclub cocktail waitress, who claimed she was attacked by the son of a Caesars Entertainment Corp. executive.

The confidential settlement between Michelle McKenna and veteran lawyers David Chesnoff and Richard Schonfeld was reached Tuesday, just days before the case was set for a jury trial, according to court records.

McKenna had hired the law partners to represent her in a personal injury case against Patrick Jones, Pure and Caesars Entertainment. The complaint says she was attacked on Jan. 4, 2009, by Jones inside Pure at Caesars Palace, where she worked as a cocktail server.

McKenna sued Chesnoff and Schonfeld on claims of legal malpractice, breach of fiduciary duty and deceptive trade practices. According to the suit, Chesnoff had conflicts of interest when his firm was hired to represent Mc­Kenna in the personal injury case.

Chesnoff also was representing Pure executive Steve Davidovici in a tax evasion case at the time, according to the malpractice suit.

Chesnoff declined to comment on the settlement, and attorneys for McKenna could not be reached Tuesday.

According to the malpractice suit, the defendants’ errors forced McKenna to settle for $225,000 from the homeowners insurance of Jones Blackhurst — less than 5 percent of McKenna’s actual damages.

“We did not represent this woman when she agreed to a settlement, which she did with counsel of her choice,” Chesnoff said at the time.

The law firm of Cohen & Padda helped McKenna settle her personal injury case. She had hired the firm to replace Chesnoff’s firm on the case after more than four years.

Pure Management Group fired McKenna in 2012 “due to physical and cognitive disabilities resulting from Jones’ attack,” according to the lawsuit.

At the nightclub early one morning in January 2009, Jones had asked McKenna to sit on his lap, and when she “refused his advances and turned to leave, Jones pulled her into his lap,” the lawsuit said. After he “lunged at her, placed his hands around her throat, and began choking and shaking her,” the lawsuit alleged, McKenna “blacked out and fell.”