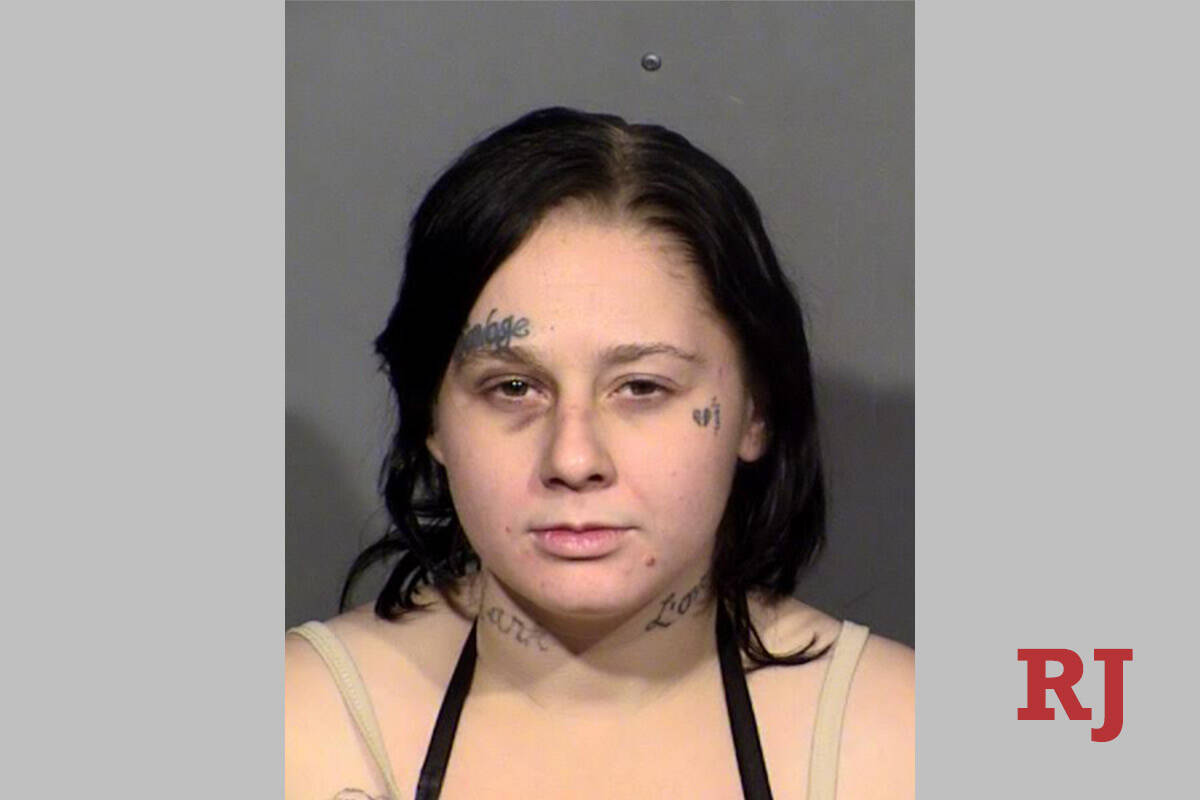 A woman who packed her Walmart shopping cart with stuff to steal was seen on the store’s surveillance video carrying a gun in her right hand while wheeling the loaded cart toward the doors, police said.

When confronted by a Walmart staffer, Makenna Findley, 21, pointed the silver revolver at the 61-year-old worker and then fired a shot into the ceiling, according to a Metropolitan Police Department arrest report.

Findley, of Las Vegas, then exited the southeast Las Vegas store and loaded the stolen goods into the trunk of a Honda driven by a man identified in the arrest report as her boyfriend, Juan Cabrera. Another male whom police have not yet been able to identify was also in the car, the arrest report said.

Police said the robbery happened at 9:55 p.m. Nov. 14 at the Walmart at 5198 Boulder Highway, at South Nellis Boulevard.

The confrontation happened eight days before the Nov. 22 mass shooting at a Walmart in Chesapeake, Virginia, where a store manager shot and killed six employees and injured four others in the store.

It wasn’t Findley’s first time robbing a local store, nor her first time firing a shot during such a robbery, police said.

According to the arrest report, Findley and Cabrera had robbed another Walmart in North Las Vegas this year.

In July 2021, Findley pleaded guilty to assault with a deadly weapon after firing a shot into a WSS shoe store while robbing it, the arrest report said.

This past weekend, according to police, Metro police responded to a domestic violence occurrence at a trailer in a trailer park on South Lamb Boulevard south of East Sahara Avenue, with Findley alleging an assault by her boyfriend.

Police records showed that Findley was wanted by Metro’s commercial robbery section, and detectives from that unit were called out to the trailer. Findley and Cabrera were arrested.

The two face several charges each including robbery with the use of a deadly weapon, with the victim being an older person, court records show.

Findley and Cabrera remained in custody, with their next court dates set for Dec. 14, court records show.