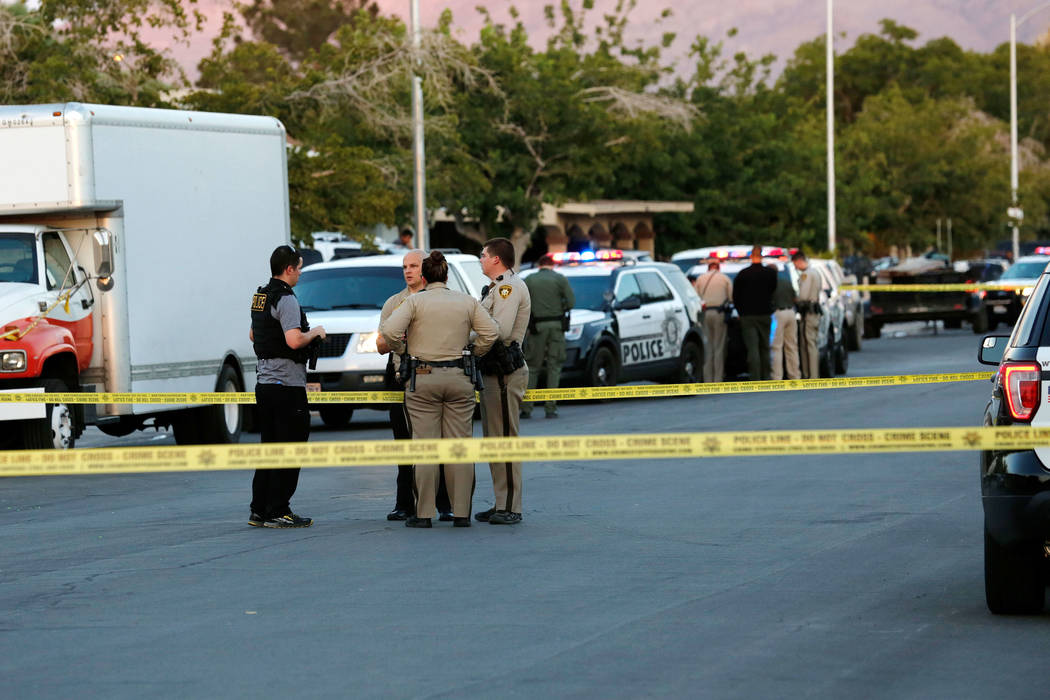 Two men in their 20s died Sunday night after an argument broke out over a game of dominoes at a northeast Las Vegas home, Las Vegas police said.

Officers responded about 7:20 p.m. to a shooting call at the home on the 4400 block of Wendy Lane, near East Craig and North Walnut roads, according to Metropolitan Police Department homicide Lt. Dan McGrath.

After the argument began, another man retrieved a gun from his car, went back inside the home and opened fire, McGrath said. Detectives are working to “positively identify” and arrest the suspected shooter, who knew the men killed.

Another man, who is in his 30s, was shot in the head and taken to University Medical Center’s trauma unit, and police on Monday said he was “expected to survive.” He was the first person police made contact with, and he told officers to help the others inside.

“It’s a sad night for the people in this area, for something like this to happen over what could be called nothing,” he said, adding that the people knew each other. “I can assure you we are going to do our best to get this person in custody as soon as possible and there will be no resources spared.”

Family and onlookers arrived at the scene shortly after police. They gathered in front of the crime scene tape, some trying to peer into the open garage where investigators were working, others crying out and breaking down as the news spread.

Bishop Darrell Thomas was there to console them.

“We’ve just got to pray and give them comfort,” he said. “We just have to take it in stride.”