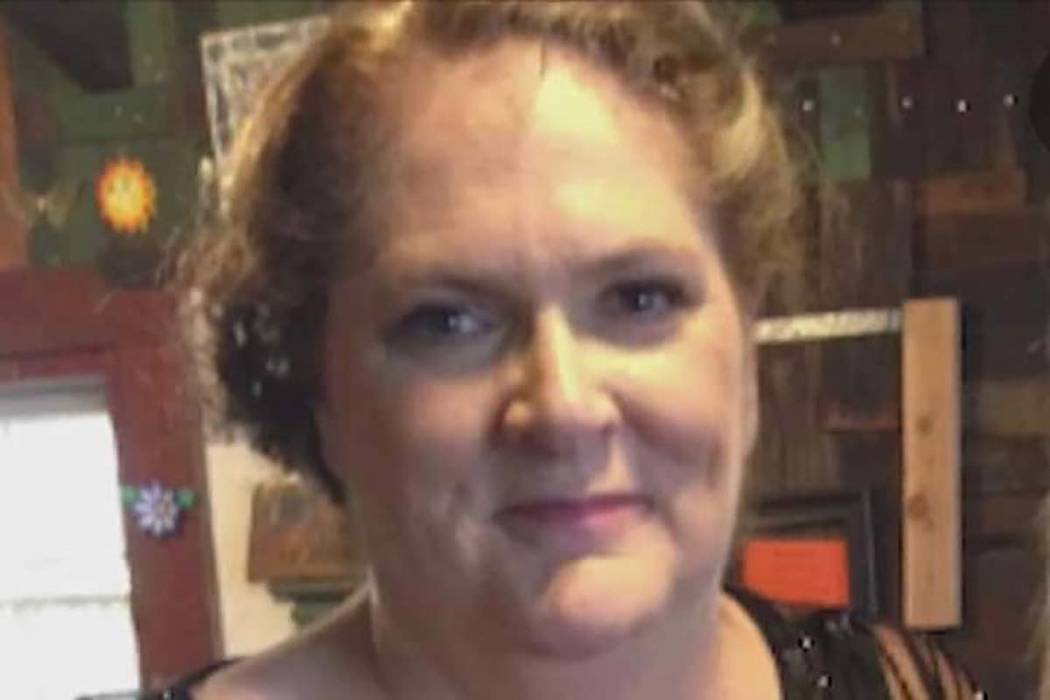 Kimberly Gervais of California, who was wounded in the 2017 mass shooting on the Las Vegas Strip, died on Friday, Nov. 15, 2019. (Facebook) 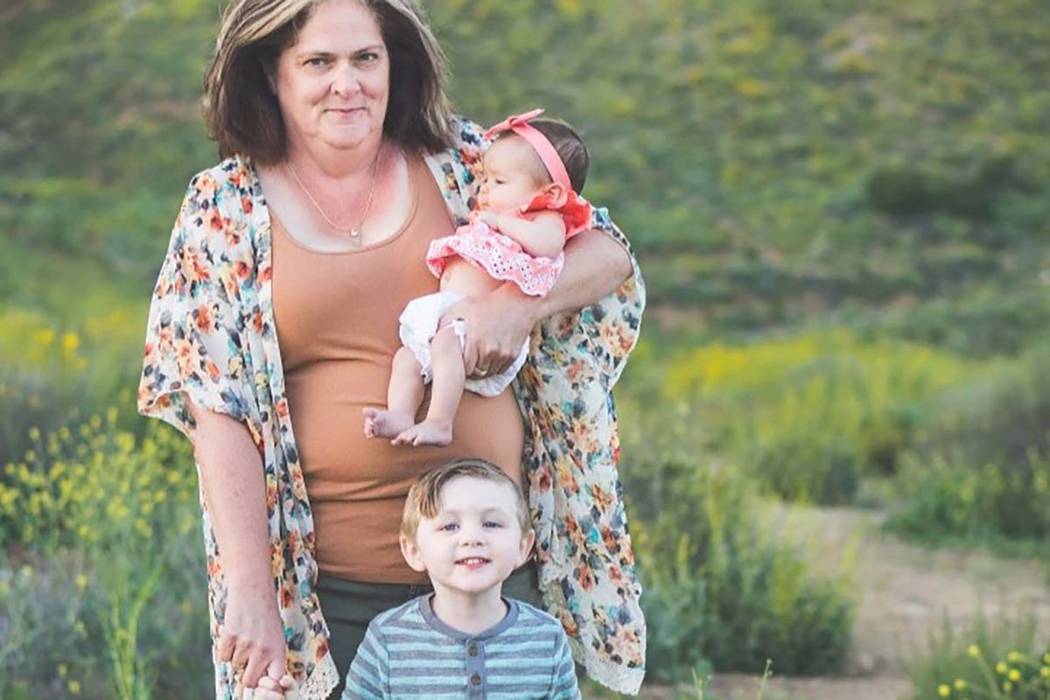 Kimberly Gervais of California, who was wounded in the 2017 mass shooting on the Las Vegas Strip, died on Friday, Nov. 15, 2019. (GoFundMe) 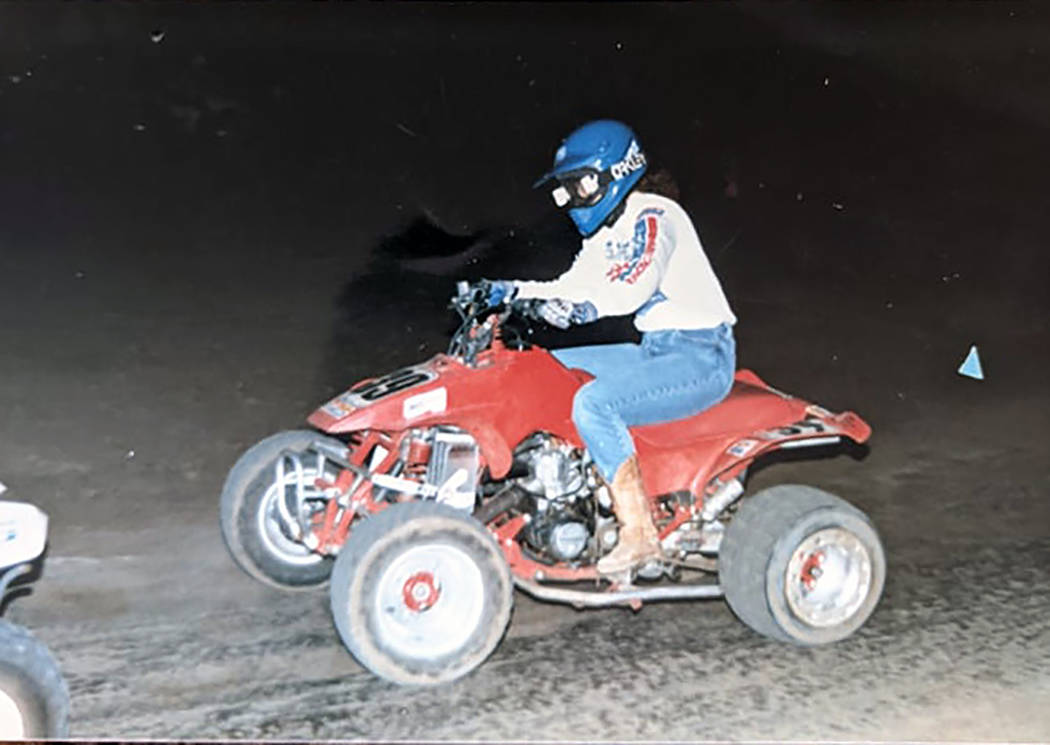 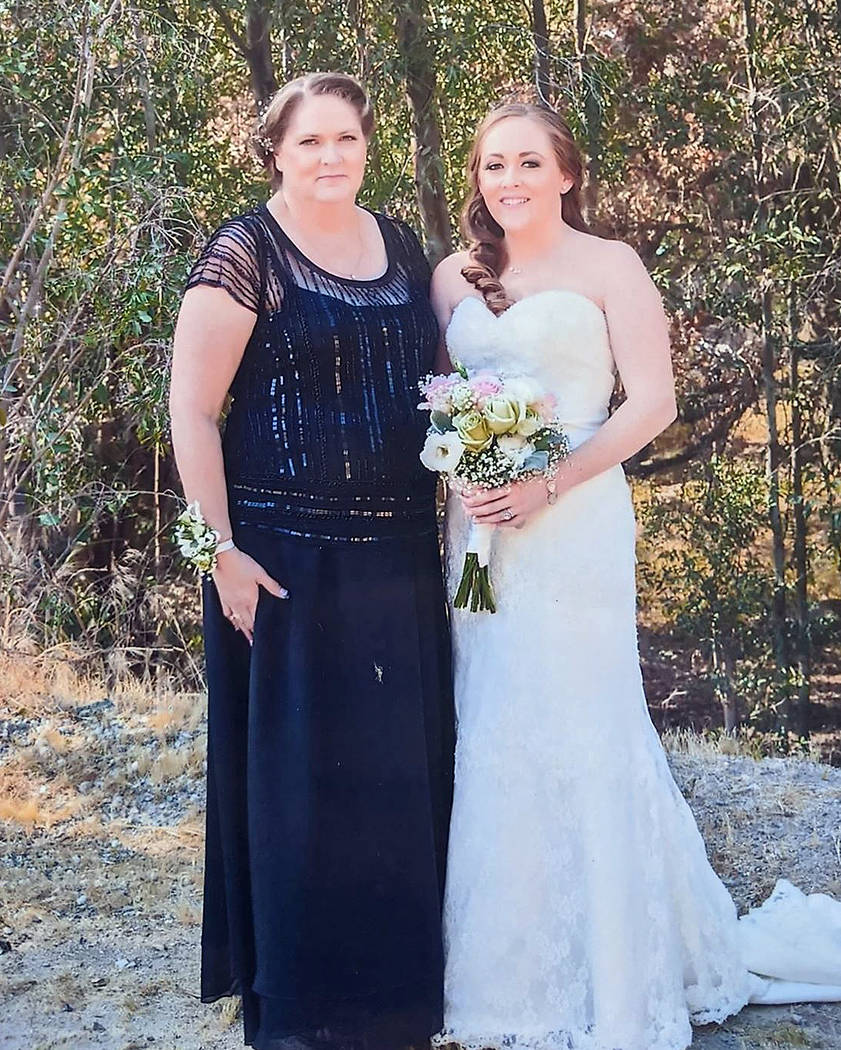 Kim Gervais with her oldest daughter, Amber Manka, during her wedding day in May 2015. Gervais died Nov. 15, 2019, in California, more than two years after she was paralyzed during the Oct. 1, 2017, mass shooting in Las Vegas. (Amber Manka)

Even after a bullet left her paralyzed below the neck, Kim Gervais showed “superhuman strength,” her daughter said.

On the night of Oct. 1, 2017, one of more than a thousand bullets fired during the Route 91 Harvest festival shooting lodged itself in Gervais’ C7 vertebra in her neck, and shrapnel scattered from shoulder to shoulder. The bullet left her a quadriplegic, according to her oldest daughter, Amber Manka.

Yet she survived two more years — and even made it out alive after two near-death instances during a hospital stay in June.

Gervais, of Mira Loma, California, died Friday at Redlands Community Hospital in Redlands, California. She was 57.

The coroner’s division of the San Bernardino County Sheriff’s Department had not determined Gervais’ cause and manner of death as of Tuesday, but if investigators find she died from her spinal injuries, Gervais would be the 59th victim of the deadliest mass shooting in modern U.S. history.

“It’s easy to say the last two years were extremely hard for everyone, yet they were also a blessing filled with last talks and precious time,” Manka told the Las Vegas Review-Journal on Tuesday in a text message conversation.

Gervais had always been a “fun mom,” Manka said. She was an avid country music concertgoer who spent her weekends riding quads in the California desert.

In 2017, she attended Route 91, a three-day festival on the Strip across the street from Mandalay Bay. She was with two friends, Dana Smith and Pati Mestas, one of the original 58 victims.

The last of the victims was pronounced dead Oct. 3, 2017, and the official death toll has not been increased since.

After the shooting, Manka said, her mother spent roughly two weeks hospitalized in Las Vegas before she was transferred to a spinal rehabilitation facility in Loma Linda, California.

“She lost her zest for life and was in a lot of pain,” she said.

Even long before the shooting, Manka said, Gervais’ strength stood out.

“She didn’t have an easy upbringing and helped raised her siblings,” she said. And after her husband, George, died in 2003, she was left to run their family company and raise Manka and her younger sister, Ale’, on her own.

During a hospital stay in June, her heart stopped twice, according to Manka.

“The second time, they performed CPR for 30 minutes, and we were told she was brain dead,” she said. “We were asked to make choices no child ever wants to be asked.”

Manka and her sister kept their mom on life support.

The next morning, “by some miracle and by her superhuman strength,” Manka said, Gervais woke up with little or no brain damage.

Gervais spent the next five months in and out of hospitals and acute facilities in Southern California until her death last week.

But Manka doesn’t want the shooting to define her mom, who she said was a gifted painter and cook.

“She had many amazing qualities,” she said. “The ability to make friends anywhere. She was funny. Her laugh was contagious. Her smile and dimples would light up the room. She would give the shirt off her back to anyone in need.”

Gervais leaves behind two daughters, five grandchildren and three siblings, as well as her mother-in-law, Betty, who raised her as her own.

Manka said her mom will be laid to rest during a private celebration of life in California.