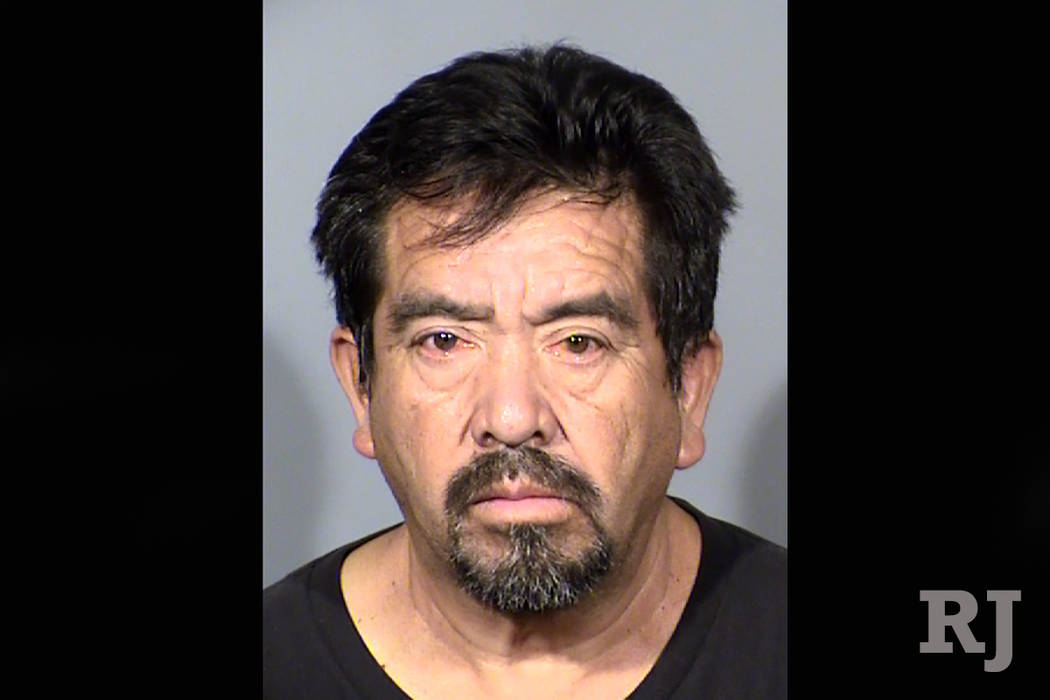 A man accused of murder in a deadly hit-and-run crash Friday has a previous felony driving conviction and told police he drank four 24-ounce cans of beer both before and after the crash, according to an arrest report.

During an interview with the Metropolitan Police Department, Jorge Cardenas, 58, told a detective he had consumed the first four cans before hitting a bicyclist on Flamingo Road, east of the Strip, the report said. He told police he had the second set of four beers after the crash because he thought he would land behind bars anyway, according to the report.

“He has demonstrated a pattern of behavior that shows no regard for human life or the safety of others,” a detective wrote in his arrest report.

Police investigators believe Cardenas was the driver of a 2002 Honda Odyssey that hit and killed 55-year-old Eusebio Mendez-Mateo, the report said. The Clark County coroner’s office ruled Mendez-Mateo died of multiple blunt force injuries and his death was an accident.

He was riding in a designated bike lane on eastbound Flamingo Road, near Tuscany Casino Drive, at the time of the crash. The Odyssey hit him about 2:30 p.m. after fleeing the scene of another hit-and-run crash, in which police didn’t report any injuries, at nearby Las Vegas Boulevard and Flamingo Road.

The minivan swerved into the bus and bike lane to avoid traffic, police said, and hit Mendez-Mateo, sending his body into the roadway.

The vehicle was driving at high speeds and didn’t slow down after the crash, according to various witness accounts in the arrest report. A few witnesses called 911 or tried to help Mendez-Mateo, but he was deceased.

The minivan continued east on Flamingo and “recklessly entered” a gas station parking lot at the intersection with Paradise Road to avoid stopped traffic, a witness who followed the driver told police. That witness next caught sight of the driver running through the Silver Sevens parking lot. The witness reported that the driver removed some of his clothing, too, in an effort to evade capture, the report said.

Police found the abandoned vehicle in the casino’s south lot. The minivan had extensive damage to its hood, windshield and roof, as well as blood along different sides of the passenger side and the right, rear wheel well, the report said. An officer found Cardenas’ identification card sitting in the unregistered minivan, and a witness affirmed him as the driver, according to the report.

When contacted by police, Cardenas’ girlfriend told police she “wasn’t surprised” to hear about their investigation because he, “drinks all the time and routinely drives while impaired,” the report said.

It wasn’t clear how much time had elapsed between Metro’s interview with Cardenas and the crash, but when they did talk to him, police described him in the report as “so impaired he could not walk or stand unsupported.”

Blood test results were not ready by the time of the report.

He was held without bail Wednesday evening in Clark County Detention Center.