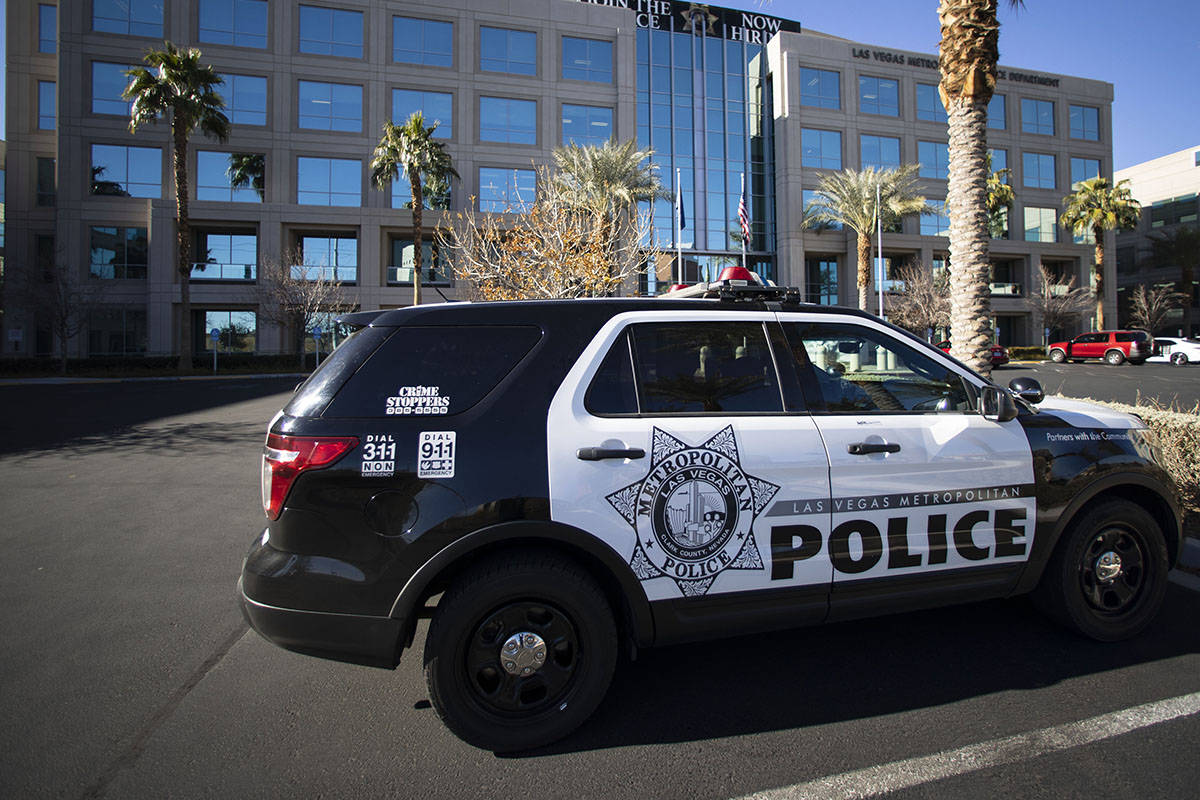 One man died after he was punched on the Strip early Sunday morning, Las Vegas police said.

Shortly before 4:30 a.m., police monitoring crime cameras captured one man punch another man near Flamingo Road and Las Vegas Boulevard South, according to a news release from the Metropolitan Police Department.

Police said the victim and a woman had been walking across a pedestrian bridge as they passed another man, later identified as 33-year-old Brandon Leath, who began shouting and following them.

As the man and woman were going down an escalator, Leath ran down the opposite side and waited for them at the bottom, according to police.

Leath and the man got into an argument and Leath then punched the man, causing him to fall to the ground unconscious, police said. The victim was taken to Sunrise Hospital and Medical Center where he was pronounced dead.

Police arrested Leath and booked him into the Clark County Detention Center, where he faces one count of murder.

Anyone with information about the incident may call Metro homicide investigators at 702-828-3521 or email them at homicide@lvmpd.com, or, to remain anonymous, call Crime Stoppers at 702-385-5555.