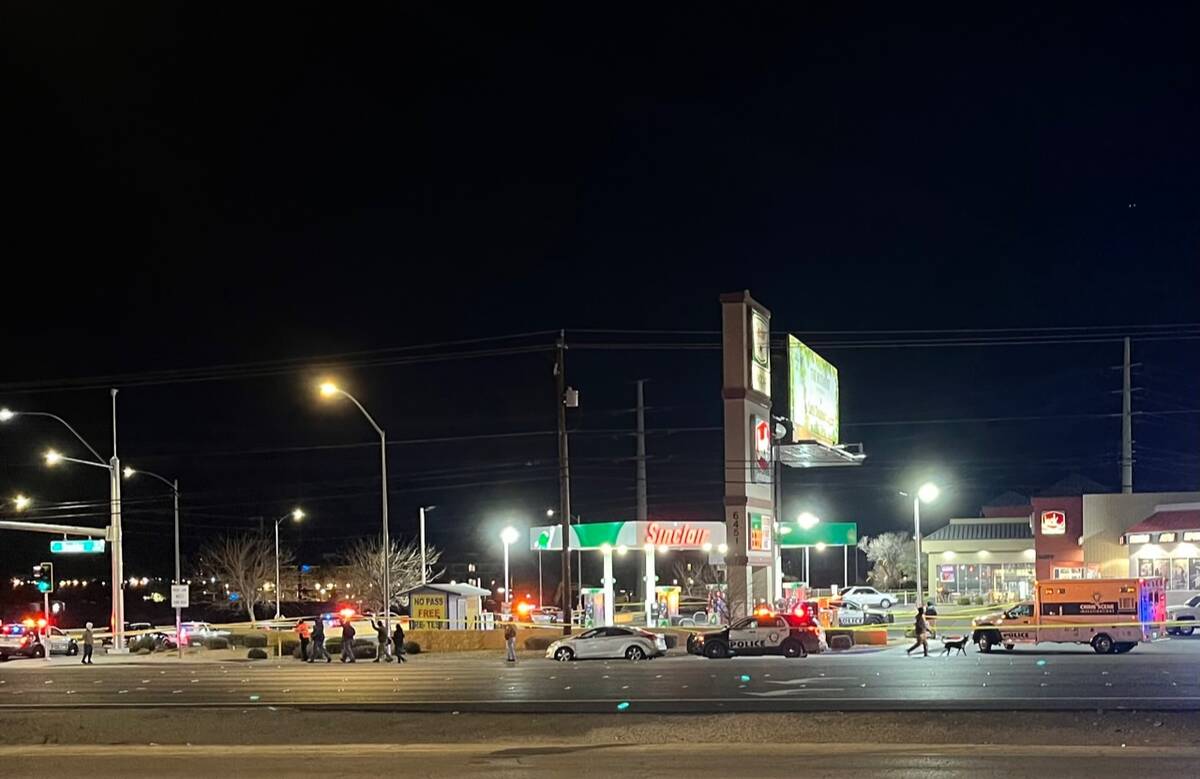 Police investigate a fatal shooting outside a gas station at Boulder Highway and Russell Road on Jan. 22, 2023. (Justin Razavi)

A verbal fight between two armed men in front of a Las Vegas gas station on Sunday afternoon ended when one of the men shot and killed the other, police said.

The altercation happened at the Sinclair gas station at the 6400 block of Boulder Highway near East Russell Road, according to the Metropolitan Police Department.

Dontay A. Murray, 45, of Las Vegas, was identified Tuesday by the Clark County coroner’s office as the man who was killed.

Officers arrived at about 4:45 p.m. and found Murray suffering from a gunshot wound. The victim received medical attention, and was pronounced dead at the scene.

The suspect, a man in his 20s, fled the area immediately after the shooting, police said.

The nature of the quarrel that preceded the shooting was not clear.