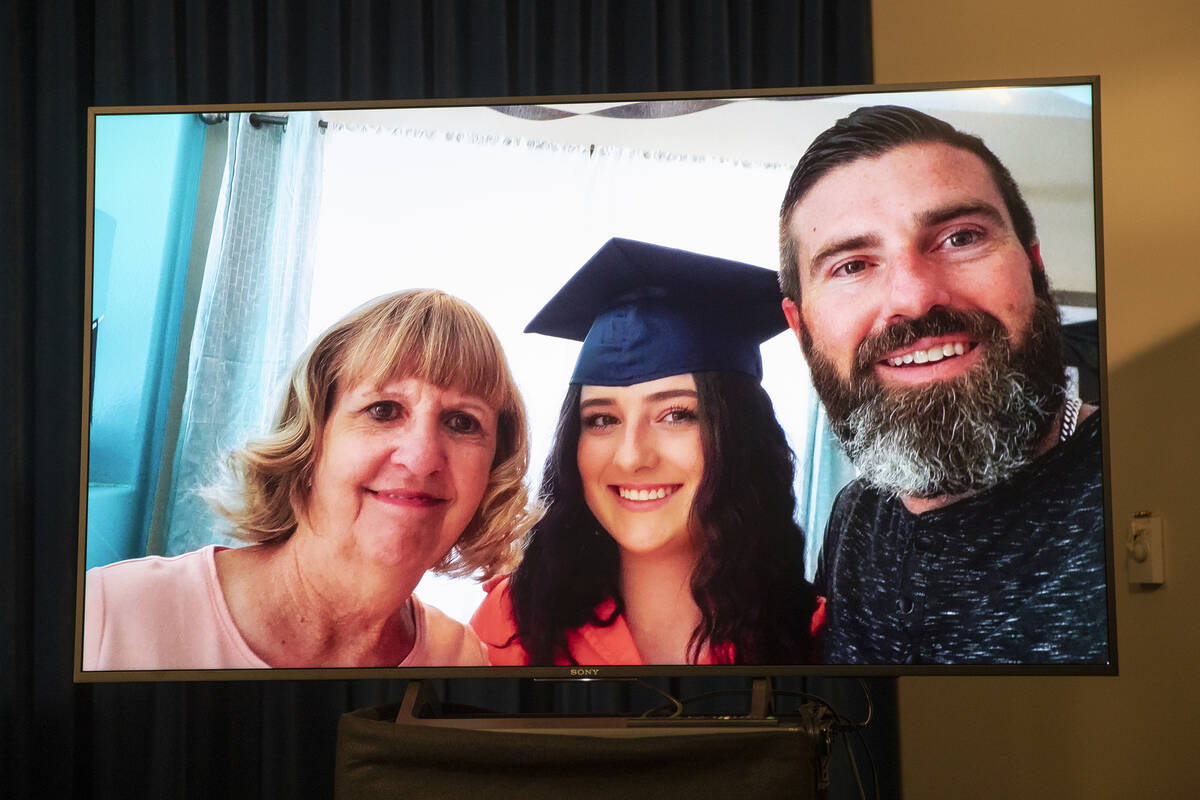 A photo of 17-year-old Mia Gugino, center, who died from a fentanyl overdose, is displayed in a press conference at the Las Vegas Metropolitan Police Department headquarters on Thursday, Sept. 16, 2021, in Las Vegas. Joshua Roberts, 22, was arrested Friday and charged with first- and second-degree murder in Gugino's death and selling or transferring drugs. At left is her grandmother and at right is her father, Lee Gugino. (Ellen Schmidt/Las Vegas Review-Journal) @ellenschmidttt 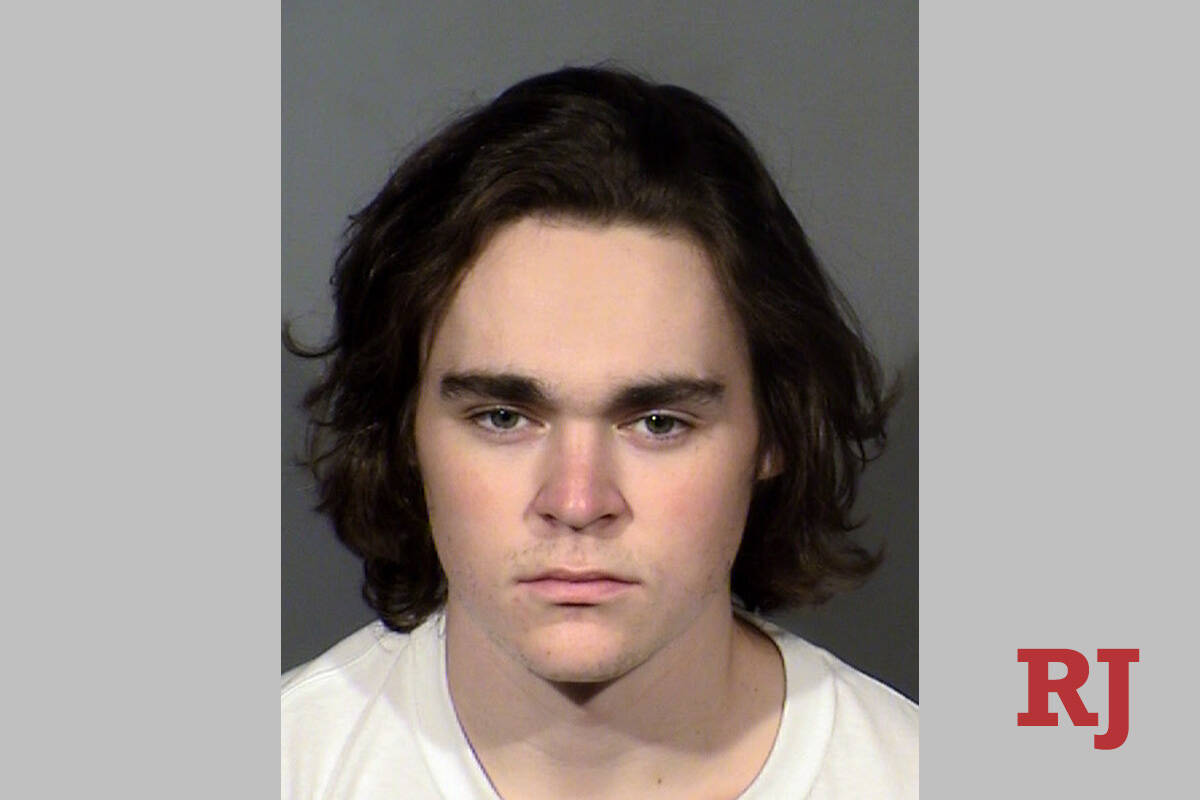 A Las Vegas man charged with murder bought MDMA laced with fentanyl for a 17-year-old he claimed was his girlfriend, according to police.

Roberts is accused of buying MDMA pressed into a pill that was laced with fentanyl and giving the pill to Mia Gugino, who was found dead Feb. 18 in her northwest Las Vegas home.

Detectives interviewed Gugino’s friends and family and reviewed phone records for Gugino and Roberts to tie him to the lethal pills, according to an arrest report from the Metropolitan Police Department.

The 32-page report details the final conversations the 17-year-old had, including a 90-second FaceTime call with Roberts around 4 a.m. Police said she was sick and in need of medical attention.

Police said her father found her dead in her bedroom just before noon.

Roberts told his friends he was dating Gugino, but Gugino’s friends said he was a drug connection for the teens who attended parties at his house.

Gugino was taking classes at the College of Southern Nevada and aspired to be a physical therapist, her father said in a press conference held by Metro last week.

Gugino told her stepbrother she tried cocaine sometime in the two months before her death but had only tried MDMA once before the dose that killed her. In a text to a friend, she promised several times she would be safe.

In the days leading up to her death, Gugino’s phone records show searches for “ecstasy,” “MDMA” and “how to make molly effects stronger,” police said. Roberts’ history showed three searches on Feb. 19 asking “can you od off molly.”

Although investigators found pills in Roberts’ home, he denied any knowledge.

He is being held without bail and expected to appear in court again Oct. 12 for a preliminary hearing.