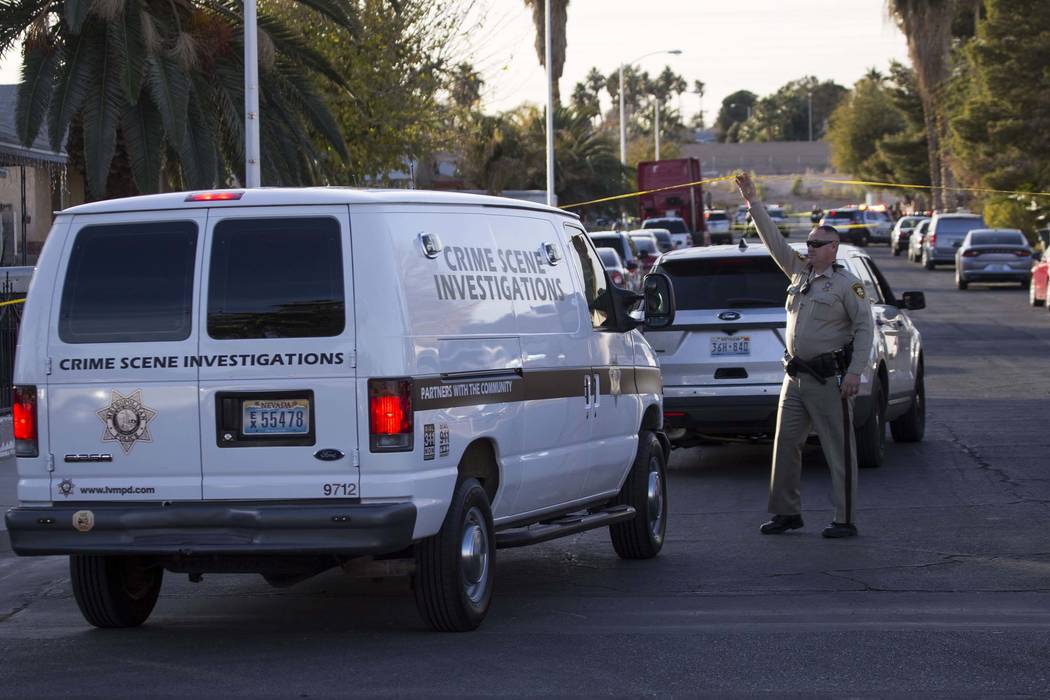 A dispute led to a shooting that left three people dead Friday afternoon at a home in the eastern Las Vegas Valley, police said.

Metropolitan Police Department officers were called to a home on the 4300 block of Del Santos Drive, near East Tropicana Avenue. Arriving officers found two men and one woman, estimated to be in their 30s, dead from gunshot wounds, Metro homicide Lt. Dan McGrath said.

Some type of dispute led to the shooting, but details are unclear, McGrath said late Friday afternoon. He also said he believes one shooter is responsible for the deaths, but no suspects were in custody as of Friday night.

A neighbor also reported to McGrath that he found a bullet hole in a window at his house, and children were inside at the time.

Police were trying to determine if somebody within the home fired a shot at someone who had been fleeing the home, McGrath said.

“It’s a concern for everybody who lives on the street,” he said.

In addition to the three people who were found dead, up to four people might have been on the property at the time of the shooting, including the homeowner, and two women who fled the scene by the time police arrived, McGrath said.

One of the women called 911 and agreed to meet with police, but did not show up.

Police were actively looking for both women, he said.

Detectives interviewed the homeowner who gave them possible names of the victims, but one of the names was a “street” name.

The homeowner told police he has allowed the victims to stay at the home, McGrath said.

The home where the homicides occurred is a “flophouse,” McGrath said, where people are known to come and go on a frequent basis.

Police have been called to the property 14 times within the past year.

The three victims will be identified by the Clark County coroner’s office once their families have been notified.