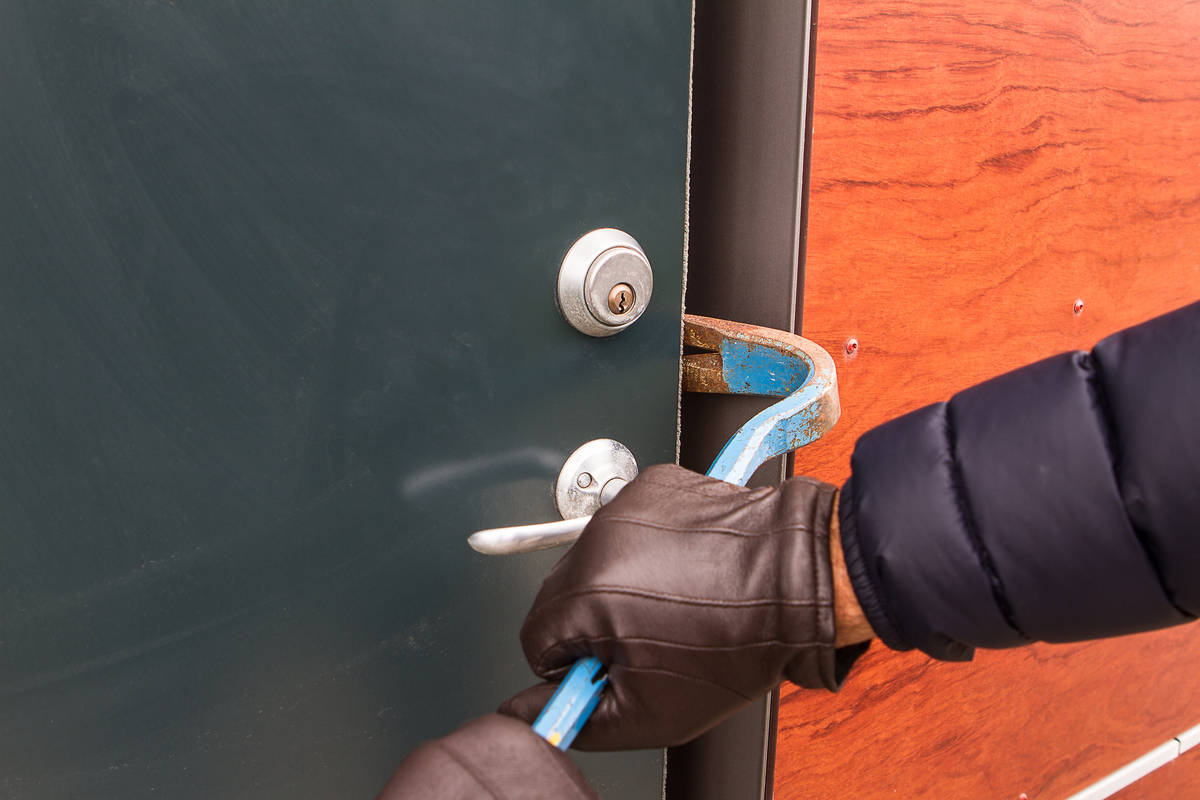 With an unprecedented number of people working from home during the pandemic, burglaries have dropped by more than one-third, according to Las Vegas police.

More than 4,600 burglaries were reported in Las Vegas as of Aug. 29, down 35 percent from the same time last year, according to Metropolitan Police Department spokesman Larry Hadfield.

But even with homes filled all day, cars remain unattended in driveways and at risk.

A decrease in crime “doesn’t mean you don’t have to do your part in keeping the neighborhood safe,” Hadfield said.

According to Las Vegas police, valuables in vehicles and homes are often stolen when windows and doors aren’t locked. Lock any gates around the property, keep the garage door closed and lock doors into the house from the garage for an added barrier.

“Don’t advertise things that are in your garage,” Hadfield said. “Make sure you’re trying to conceal all your valued items that may be in the garage by closing it.”

The most common items stolen are electronics, jewelry, guns and prescription drugs, according to the Henderson Police Department. Firearms and jewelry should be locked up in the home, and valuables should never be left in a car.

Indoor and outdoor lights also deter thieves. Outside, motion lights help save energy at night while keeping the perimeter protected. Keep the blinds closed so passersby can’t see into the house. When traveling, put lights on timers in different areas so the home doesn’t look vacant.

It’s a common misconception that burglaries don’t happen during the day, police said. A vacant home is primed for the picking when residents might be out at work. If the landscaping is cut back and the bushes are trimmed, it tells potential burglars that someone lives there, and that they can’t hide in the bushes to stake out you or your neighbors.

Not answering the door has become a common tactic to avoid intruders, but making it known that a person lives in the house is important too. Whether its installing a screen door for protection or just acknowledging you’re home, let people know the house has owners.

Be a good neighbor

No one knows the street better than the homeowners who live on it. Report suspicious cars and people wandering about. If a car doesn’t look worth reporting, take down the license plate anyway and keep it in case police come around later investigating a nearby crime.

Install cameras, ideally those that have a live video feed so you can report incidents to police immediately. Register your camera with Vegas SafeCam so police can check your feed if there’s a crime nearby. You may have footage of a crime you didn’t know was caught on camera.

Get the phone numbers and names of the people who live nearby, and give them the same information for your home so that if someone out of the ordinary comes around, it can be reported.

“Getting to know your neighbors is so important,” Hadfield said. “There are a lot of neighborhoods that people come and go because of all the shift work. A lot more people have been at home; it could have been an opportunity where people are getting to know each other more.”

Those who are burglarized can still help their neighbors by reporting the incident to police, no matter how minor it is. If only the association or neighborhood security knows about a burglary, there’s no guarantee that information has been provided to police, who keep track if there’s a repeating issue.

Make sure to change the locks, reset the garage door and keep a detailed list of what was stolen. Entering the serial numbers of stolen items to LeadsOnline.com can help lead to a return if the items are found.