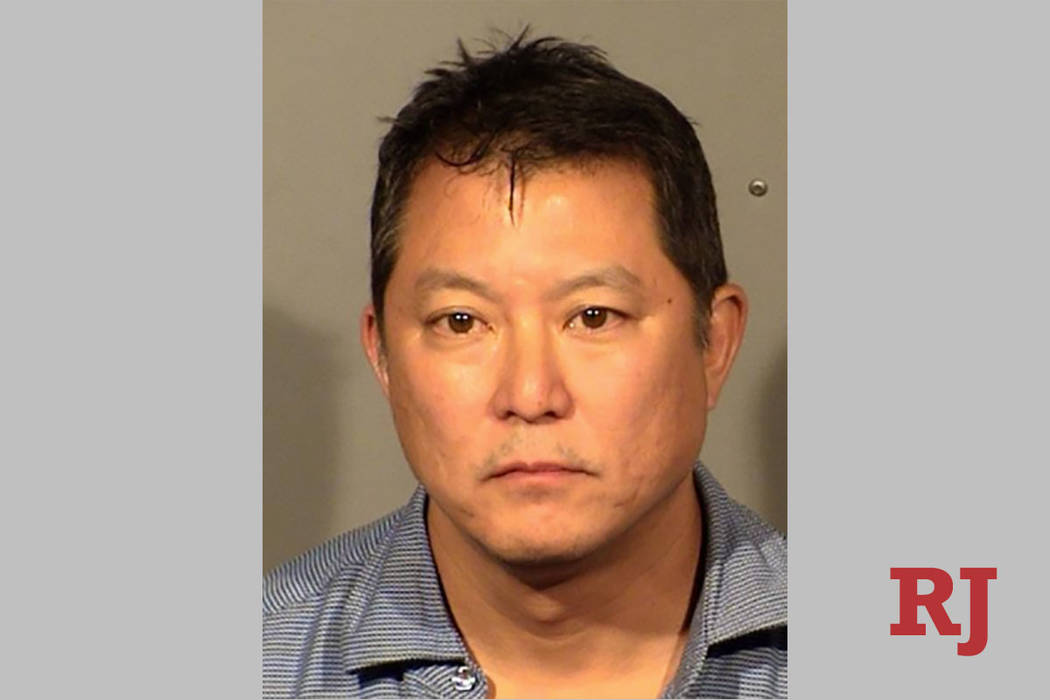 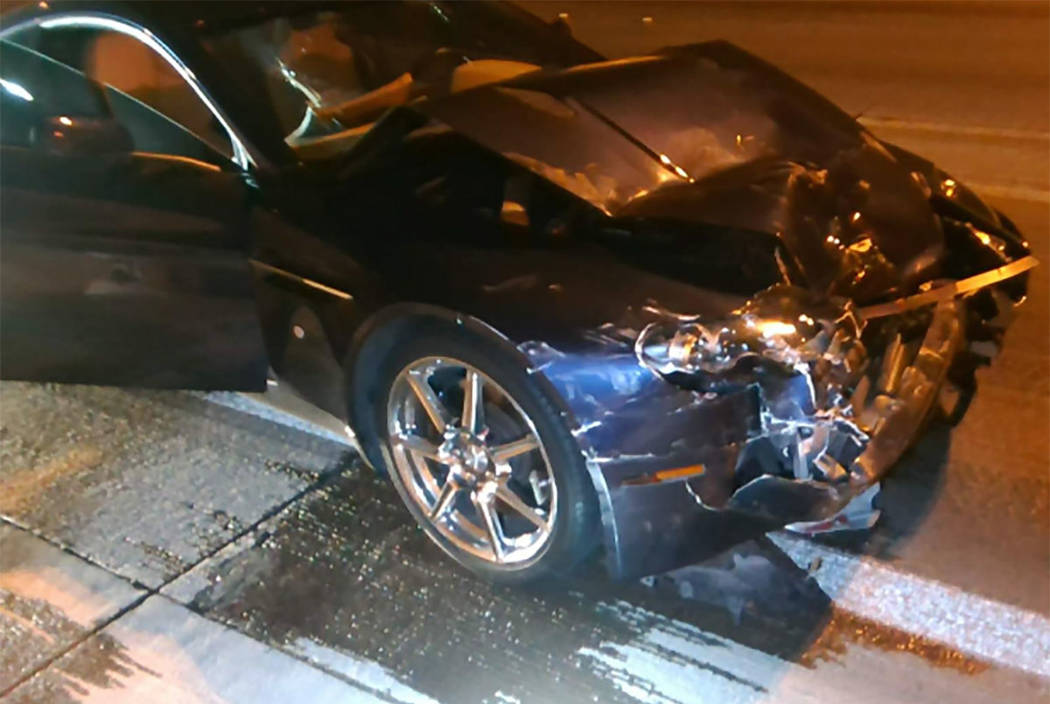 Nevada Highway Patrol officers respond to a crash at the 215 Beltway and Eastern Avenue on Friday, Aug. 30, 2019. (NHP)

A DUI defense lawyer was arrested Friday on suspicion of DUI after a crash in the southeast Las Vegas Valley, the third time he has faced that charge, according to the Nevada Highway Patrol.

Garrett Ogata, 54, was arrested on suspicion of second-offense DUI, failure to use due care and driving without a valid driver’s license, all misdemeanors, a Highway Patrol news release said. According to Ogata’s website, he “focuses his practice in DUI defense and criminal defense.”

Although he was charged with a second-offense DUI, Friday’s arrest was his third on suspicion of driving under the influence, court records show.

His first DUI charge, which he faced in 2003, was dismissed in court. He was found guilty in that case of leaving the scene of an accident and was sentenced to DUI treatment court.

Officers were called about 2:30 a.m. Friday to a crash at the 215 Beltway and Eastern Avenue involving an Aston Martin and Toyota SUV. The two occupants in the Toyota were hospitalized with nonlife-threatening injuries, the Highway Patrol said.

Ogata was driving the Aston Martin. More information about the crash was not available.

Ogata has five prior traffic-related court cases in Clark County dating to December 1999, according to online court records.

In 2016, Ogata was charged with a first-offense DUI, failure to maintain travel lanes and driving 21 mph or more over the speed limit, all misdemeanors. He pleaded no contest to that DUI charge, and the other two charges in the case were dismissed.

He served two days in jail in the 2016 case, and in January he was sentenced to DUI school, which was completed in February, court records show.

It’s not unusual for someone to have multiple DUI arrests but not be charged with a third-time offense, which is a felony, said Andrew Bennett, spokesman for the state Department of Public Safety, which oversees the multiagency DUI Strike Team.

State law says that someone can only be charged with felony DUI if it is the third offense in seven years or if the driver was involved in a crash that resulted in death or significant bodily harm.

“Our expectation is that everything is prosecuted to the full extent of the law,” Bennett said. “Stories and cases like these still continue to happen where we see DUIs were pled down.”

The DUI Strike Team did not arrest Ogata, but members will be out “in full force” during the Labor Day weekend, which marks the end to the 100 deadliest days of the summer for traffic fatalities, Bennett said.

“As the spokesperson for the Office of Traffic Safety, it’s disconcerting to see that we continue to have 12,000 DUI arrests annually,” he said. “It doesn’t matter the occupation of the individual, that individual represents a threat to our roadways.”

According to his website, Ogata is licensed to practice law in Nevada, California and Utah. The Nevada and California Bar websites confirmed that, and Ogata is listed as an “inactive attorney” under the Utah State Bar website.

There was no disciplinary action listed on any of the Bar websites.

Ogata’s website lists him as a member of the National College for DUI Defense and an instructor for the National Highway Traffic Safety Administration.

“Our goal, as Las Vegas DUI attorneys, is to get all charges dismissed, an acquittal at trial, or charges reduced to a non-DUI level,” his website said.

Ogata did not return a request for comment left at his law office Friday afternoon.

He was released from the Clark County Detention Center on Friday on his own recognizance, court records show. He is due in court Oct. 29.