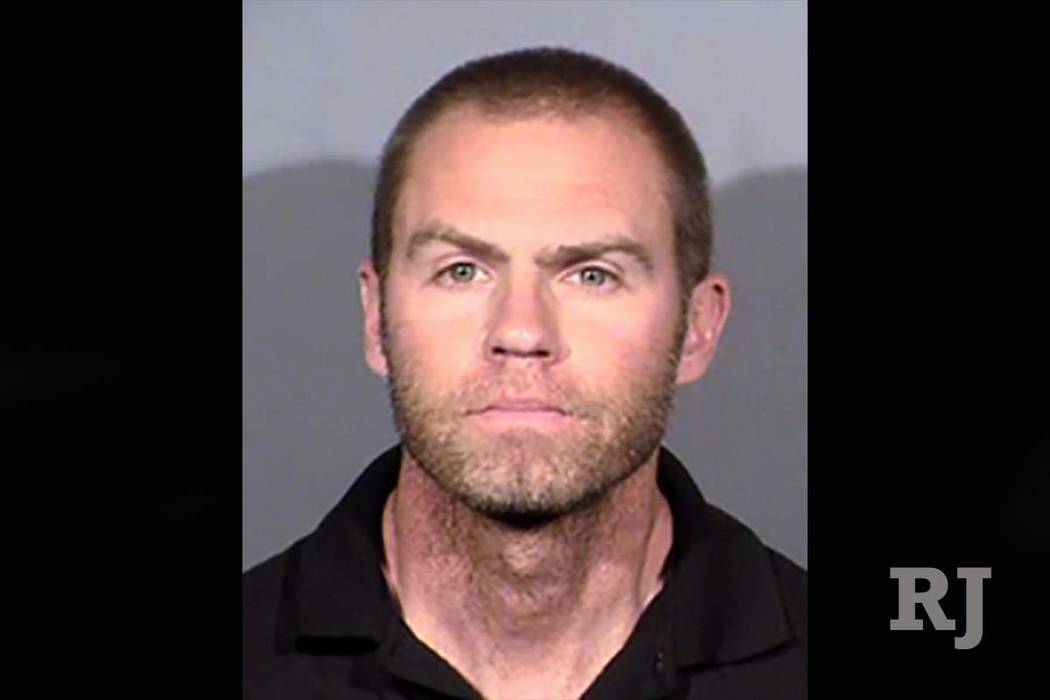 A Las Vegas Fire Department captain turned himself in Monday, days after his bloodied wife flagged down a car about 50 miles northwest of the city begging for help.

Plehn’s attorney, Dustin Marcello, said Friday his client had not yet been processed for house arrest, but he declined to comment further.

Fire Department spokesman Tim Szymanski referred all questions to city spokesman David Riggleman, who said he would not be able to comment until Monday.

About 8:20 p.m. Dec. 8, a couple driving east on Cold Creek Road toward U.S. Highway 95 were flagged down by Plehn’s wife, whose name is redacted in the arrest report. She was covered in blood as she begged them to call 911, according to Plehn’s arrest report.

As the couple pulled over, a man — who police later identified as Plehn — was screaming at his wife to get back into her car. But the couple instead told the woman to get into their vehicle, and they sped off toward U.S. 95, where they called 911 and waited for police to arrive.

Officers noted in the report that when they arrived at the scene, Plehn’s wife was “fearful, crying and nursing her head.”

“Her hands, head and clothing were covered in blood,” they wrote.

According to the report, the woman told police she was “very fearful” of retaliation because her husband is a firefighter and has family members “in law enforcement.”

Attempts to reach the woman Friday were unsuccessful.

She told police the two were currently separated, and that the separation was likely to end in a divorce, the report stated. Clark County marriage records showed the two have been married since May 2015.

On the night of the attack, she told police, the two had been arguing inside their home. As the argument escalated, the woman tried to leave in her vehicle, but Plehn repeatedly hit the panic button on a key remote, preventing the car from starting, the report stated.

She told police that at this point, she “became fearful” because he had been abusive for the past year, she alleged. Before the attack, she said, she hadn’t filed a police report about the alleged abuse.

Eventually, the report stated, the woman said she was able to start her car and drive away, but she alleged Plehn followed in his car, repeatedly cutting her off and trying to run her off the road.

Panicked, she called her parents, screaming for help. But the line eventually went dead.

The woman said Plehn blocked her car on the shoulder of Cold Creek Road, at which point he opened the driver’s side door and broke her phone, according to the report. He then allegedly pulled his wife by the hair before putting her in a chokehold, “similar to that of a rear naked choke but with only one arm,” the report said.

Dragging her from the driver’s seat, her husband then threw her to the ground “like a ragdoll,” she told police. By then, she was bleeding from the head from a cut that required four staples.

That night, police drove to Cold Creek Road, where the woman’s vehicle had been left on the side of the road. There, they found blood on the inside and outside of both the driver’s side and passenger side doors, blood spatter on the hood of the car and blood and hair on the steering wheel, according to the report.

In the days following the attack, Metropolitan Police Department officers did not attempt to talk to Plehn at his home, “due to a large amount of firearms being present inside the Plehn household and the uncertainty of how Sheldon would react to police contact at his residence,” the report said.

Court records showed his house arrest conditions included surrendering his firearms to his father. He also was ordered to stay away from his wife.

His preliminary hearing is scheduled for Jan. 30.