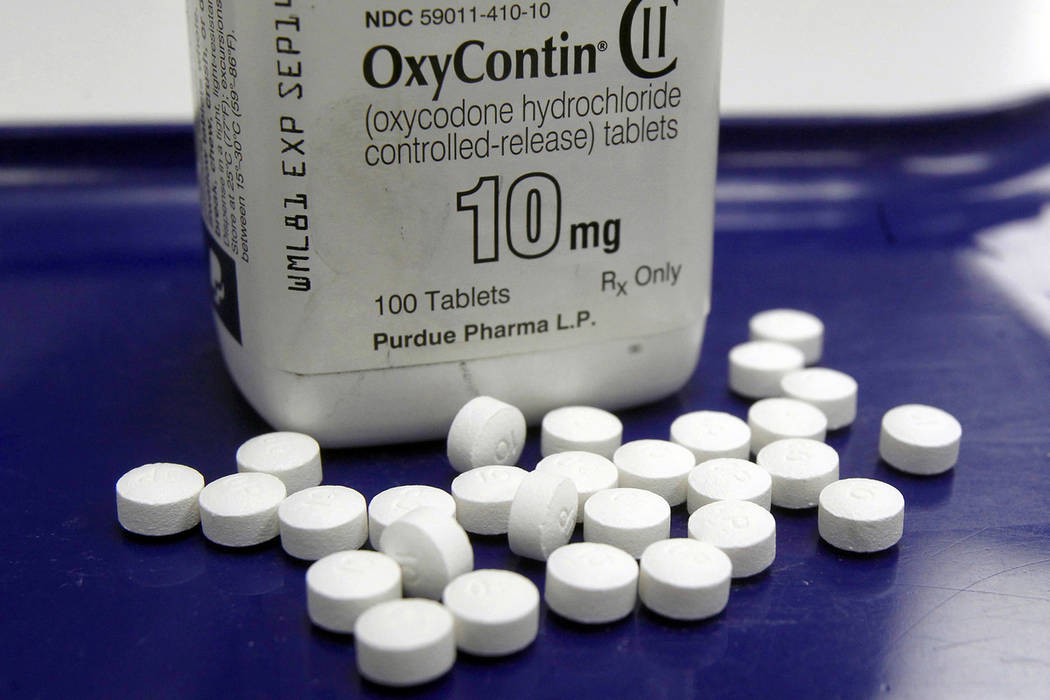 Las Vegas will be the 21st city to participate in a federal program to combat the opioid epidemic.

Dan Neill, assistant special agent in charge of the the Drug Enforcement Administration’s Las Vegas office, explained how the “360 Strategy” program will address opioid abuse and overdose deaths at a news conference Tuesday at the Westgate.

“DEA 360 is a three-pronged approach to tackling the cycle of violence and addiction generated by the link between drug cartels, and the violent street gangs, and the rising problem of prescription opioids and fentanyl abuse in the United States,” he said.

The program was unveiled in November 2015 to help fight the heroin, fentanyl and prescription opioid pill crisis, the agency said.

The designation, which will last at least a year, will bring more funding to agencies in the valley and bring “more attention to the whole issue,” Neill said after the news conference, which was attended by Las Vegas Raiders owner Mark Davis, Nevada Attorney General Aaron Ford and Clark County School District Superintendent Jesus Jara and others.

Ford said opioid use can affect anyone — “young or old, rich or poor, educated or uneducated.”

“I’d like to share a message with any and all Nevadans struggling with opioid addiction,” he said. “I would like each of you to know that I — that we — are here to help.”

In addition to prescription opioids, the DEA program focuses on the abuse of heroin and fentanyl — a synthetic opioid used for pain management that is 50 to 100 times stronger than morphine.

From 2010 to 2019, 84 percent of opioid-related deaths in the state were accidental, according to data from the Nevada Department of Health and Human Services.

While the national rate of drug overdose deaths — most of them attributable to opioids — has been climbing for years, Nevada has seen a decrease in the number of opioid-related deaths over the past 10 years, the department said. There were 437 deaths in 2010, and preliminary data indicates there were 309 deaths in 2019.

Neill said the designation will help continue to drive the death rate down.

“I measure success as trying to lower the number of death(s) … in Clark County. That’s my goal,” he said.

When asked to point to cities where the program has succeeded, Neill said Milwaukee saw a decrease in opioid-related deaths after implementing the program in 2016.

Other cities that have enrolled in the DEA program include Pittsburgh, Albuquerque, Salt Lake City, New Orleans and Los Angeles.

Neill said people should expect to see more advertising and public service announcements regarding the program and more prevention programs for kids in the Clark County School District.

As the father of a 16-year-old boy, Neill said he’s especially concerned about opioid use among teenagers.

“My biggest worry as a parent is him getting hurt, him falling into a horrible cycle and misusing prescription drugs,” he told reporters. “That’s what keeps me up at night.”

Davis said organizations like the Raiders can drive home drug abuse warnings. He said that when his team came to Las Vegas, he told Ford that “he’s getting more than a football team. He’s going to be getting an army.”

“Right now I’m a rookie in this” Davis added. “But we’re playing chess not checkers; when they have a game plan for me I’m ready to follow it.”