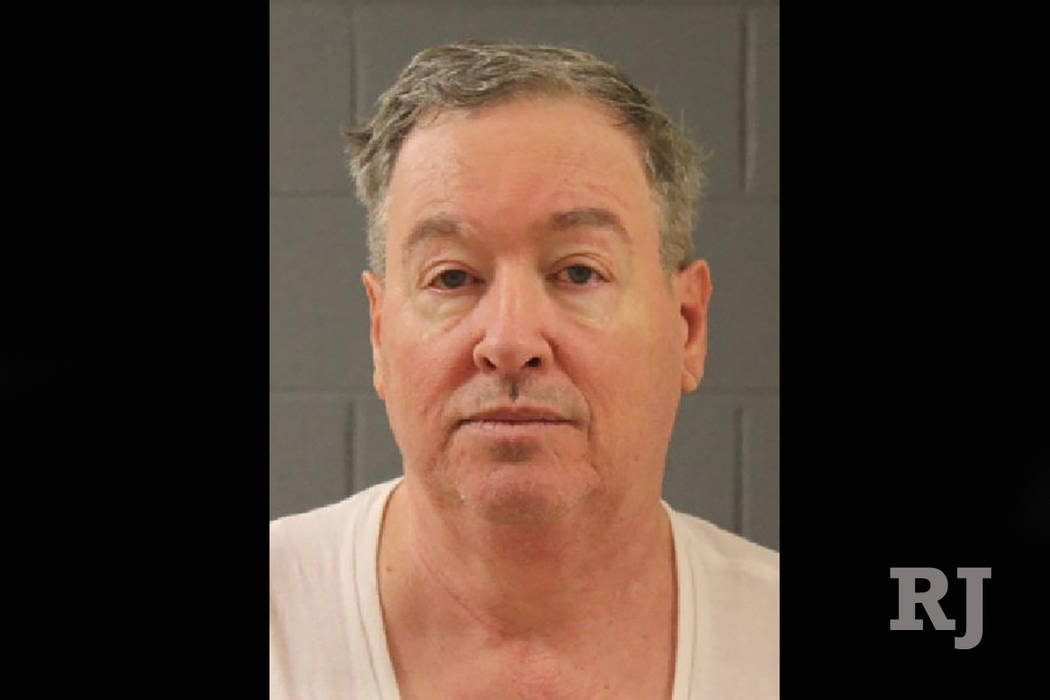 A Las Vegas man purported to be a “sovereign citizen” was arrested Wednesday in Utah on seven felony charges, the Nevada attorney general’s office announced.

Thomas Benson has been identified by authorities as a “sovereign citizen,” or a follower of anti-government ideology whose adherents are known for financial scams, nonsensical writings and occasional violence. He has said in court papers that he’s “not a person” and showed his “proof of life” with blue footprints, though he’s also been charged at least twice in Clark County over fraudulent checks.

The 56-year-old’s charges include one count of offering a false instrument for filing or record, one count of theft in the amount of $3,500 or more, two counts of burglary, one count of interfering with a public officer, one count of preventing or dissuading a person from testifying or producing evidence, and one count of bribing or intimidating a witness to influence testimony.

Benson’s alleged criminal acts were committed between April 2016 and March 2017, according to Nevada Attorney General Adam Paul Laxalt. Benson was indicted on March 22 and is being held at the Washington County Sheriff’s Office, where he faces extradition back to Nevada.

Benson’s case is being prosecuted by the financial fraud unit of the Office of the Nevada Attorney General and was investigated by the FBI’s Joint Terrorism Task Force.