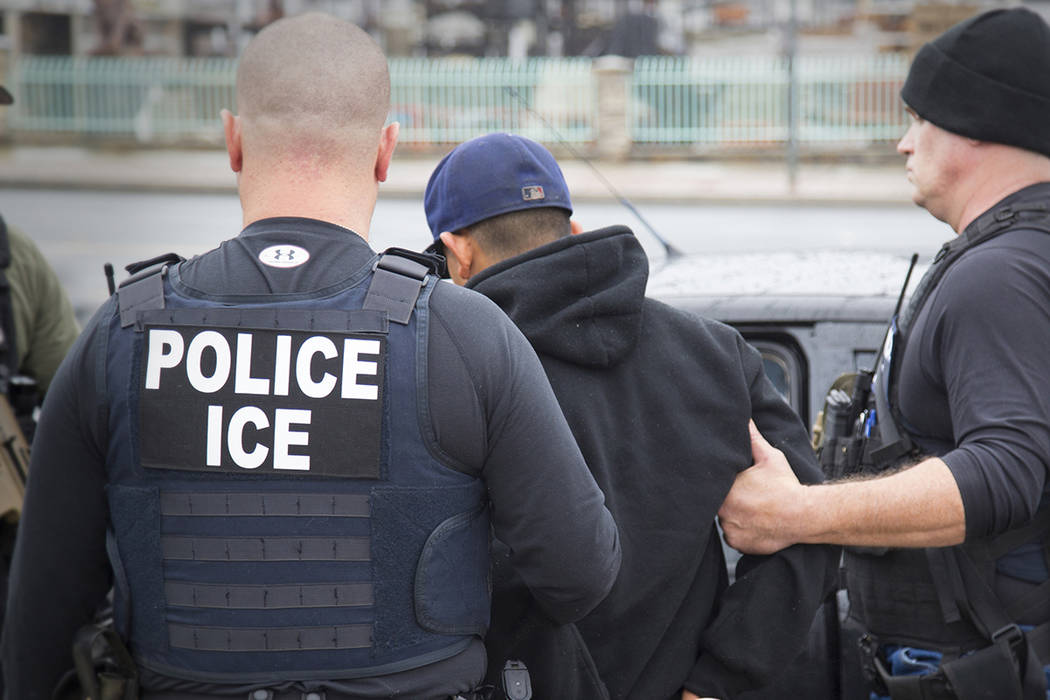 The Metropolitan Police Department is training additional officers to act as immigration agents at the county detention center, the department said Tuesday in a meeting with Immigration and Customs Enforcement officials.

Seven officers will be trained to participate in the controversial program, called 287(g), as part-time relief for the four full-time officers who have been assigned to the program.

Their training will be completed within the next year.

“We try to have 24/7 coverage,” said Rich Suey, Metro’s outgoing deputy chief of detention services. “At that time (with four officers), we didn’t have any way to replace them, so if somebody was on vacation for two weeks, unless one of the other ones was willing to come in on their days off, we didn’t have any coverage.”

About 20 community members attended the meeting and expressed concerns about the program’s effect on the deportation of undocumented immigrants without criminal backgrounds who are arrested for relatively minor crimes. Metro’s relationship with the immigrant community, mainly Latinos, was the focus of a question-and-answer session following the update.

The program, which arrived in Las Vegas in 2008, lets Metro officers at the jail check detainees for citizenship status — a task that normally falls to federal immigration agents — and report undocumented detainees to Immigration and Customs Enforcement (ICE). Agency officials can then initiate deportation proceedings.

Under former President Barack Obama, the program prioritized removal of repeat criminal offenders. President Donald Trump, however, has expanded the program to all undocumented immigrants.

“Pretty much anybody who comes in the jail is subject to being interviewed and processed for removal,” said Henry Yates, ICE’s field program manager for enforcement and removal operations in Salt Lake City.

But Alicia Contreras, interim state director for Mi Familia Vota, a nonprofit advocating for Latinos, said that didn’t stop an officer earlier this month from questioning her about her immigration status, even though she hadn’t been arrested.

“We’re not out there screening victims and trying to arrest victims because of their immigration status,” said Richard Forbus, Metro’s incoming deputy chief of detention services. “We are out there serving the community.”

Suey also sought to reassure community members that Latinos are not singled out for screening at the jail.

“There’s not a focus on Hispanics,” he said. “Everybody gets screened.”

Preliminary ICE data presented at the meeting show that the number of undocumented detainees reported to ICE by Las Vegas police hasn’t increased from 2016 to 2017. In fact, the number dipped slightly.

Nationwide, ICE reported earlier this month that while arrests of undocumented immigrants in the 2017 fiscal year, ending September, jumped 84 percent, deportations fell 6 percent. Some experts say that decline may be attributable to a drop of apprehensions at the border.

UNLV Immigration Clinic Director Michael Kagan said that while 287(g) agreements in other cities have become controversial because they led to “immigrants who don’t have serious records being sent to ICE and having their lives and their families lives torn apart,” Metro’s numbers are “really quite interesting, and might not follow the national pattern.”

Still, Contreras said the expansion of the program in Las Vegas is indicative of a corroding relationship between Metro and Las Vegas’ minority communities.

A previous version of this story misstated the number of individuals turned over to ICE in 2016 and 2017 by police officers at the Clark County Detention Center.