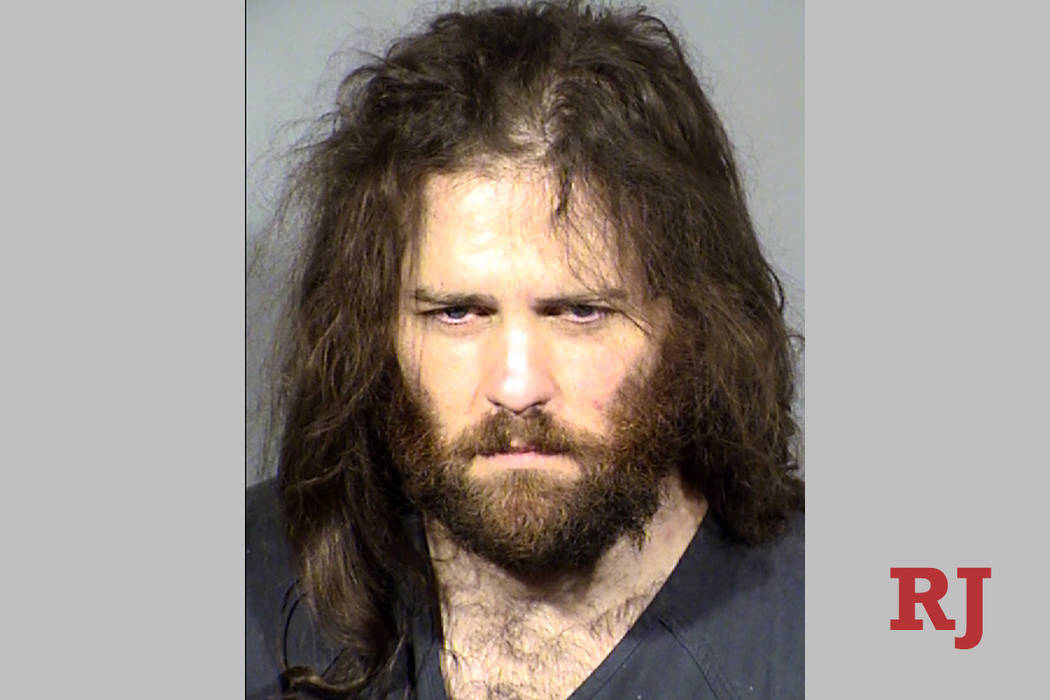 Held in captivity for two weeks, the woman’s head had been shaved and one of her fingers burned by lye. By the time she had managed to escape, she had seven broken ribs, two black eyes and bruises on her wrists and ankles.

At the time of the alleged attacks and kidnapping, between Sept. 16 and Oct. 2, when the woman escaped, Foster had been been free on a suspended jail sentence in connection with a 2018 case for carrying a concealed weapon without a permit.

In addition to the suspended sentence, Foster was awaiting trial in Clark County District Court in another 2018 case involving domestic violence by strangulation. It was unclear whether the victim in that case also was his girlfriend.

According to the 33-year-old suspect’s arrest report in the recent case, he had held his girlfriend of two years, whose name is redacted in the report, against her will inside her northwest Las Vegas apartment after becoming paranoid that she was having him followed.

“Foster also told her that she had cameras hiding all inside the residence that watch him to include the microwave,” the report states. “Foster then became very physical with her.”

Over the next two weeks, according to the report, Foster — at times armed with a knife and other times armed with what the woman described as a small brown handgun — threatened to kill her.

She told police she was beaten, forced to eat lye, choked to the point of unconsciousness and bound at the wrists and ankles with a combination of zip ties and duct tape. Her hands at times went numb, she said, from her wrists being bound so tightly.

The woman also told police after her escape that half of her head was shaved one day during her captivity and the other half was shaved the next day.

When she wasn’t tied up, she claimed, Foster required her hands to “stay in constant contact with Foster’s body,” according to the report, and she was not allowed to freely use the bathroom.

On the morning of her escape, the woman had convinced Foster that they needed food and water. Foster allowed her and her dog to accompany him to the grocery store and later a gas station, where Foster let the woman out of his sight while he let the dog out of the car.

During that small window, the report states, the woman sprinted into a nearby store, through a back exit and into an apartment complex, where a resident found her “to be frantic and in a panic.” That resident rushed the woman to Mountain View Hospital, where medical staff called 911 to report the kidnapping.

The victim’s condition as of Tuesday was not known.

Foster was being held without bail at the Clark County Detention Center. A preliminary hearing the kidnapping case is scheduled for Oct. 21.