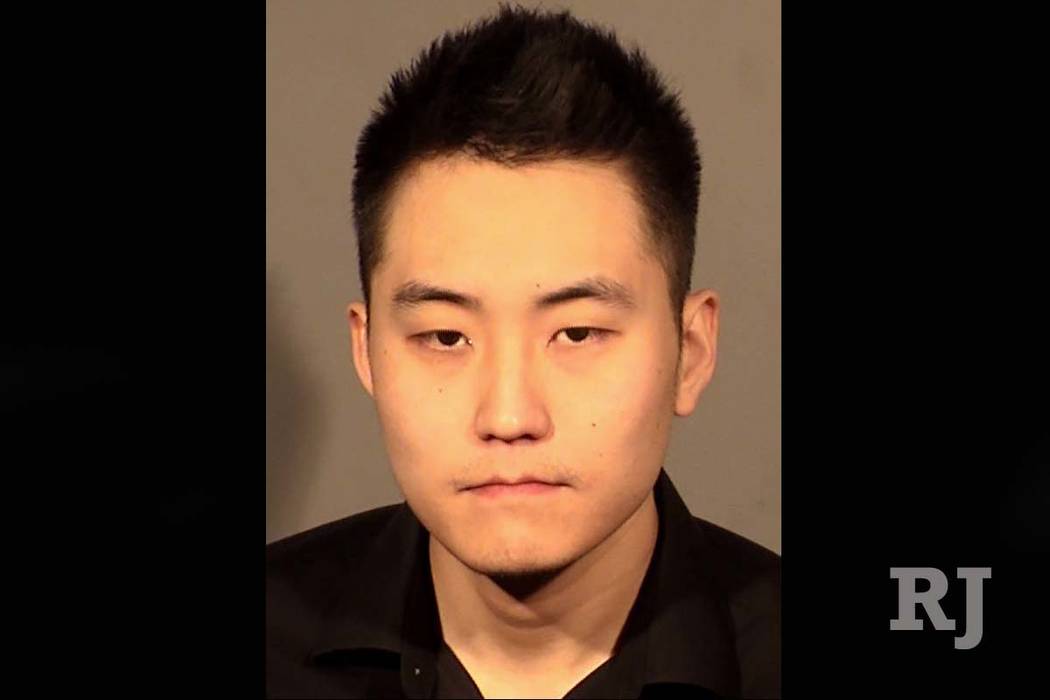 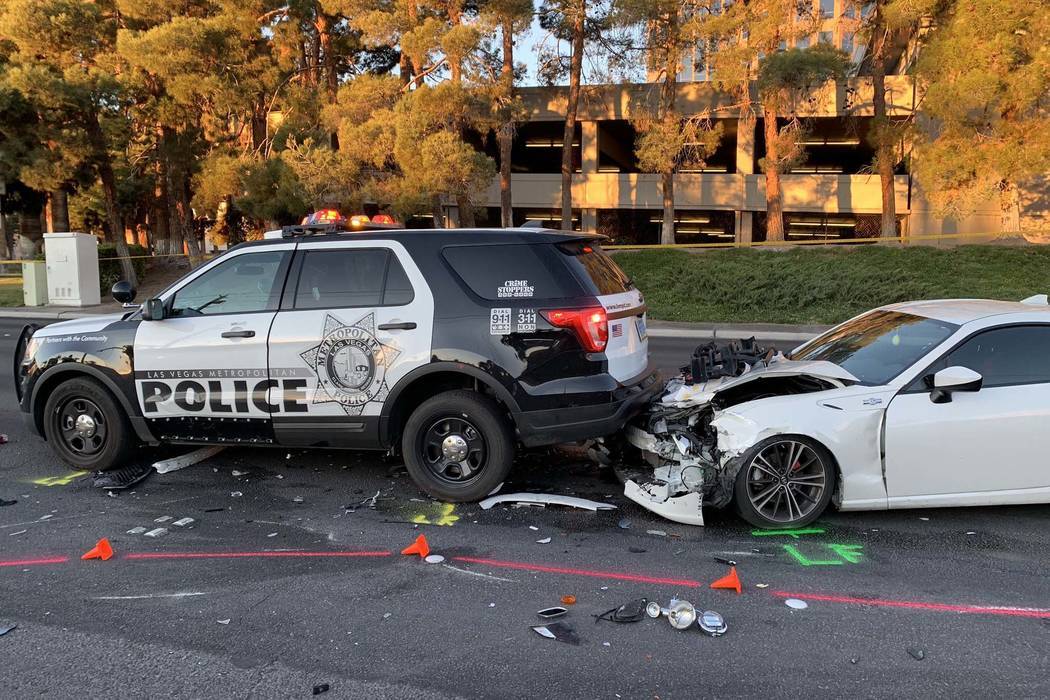 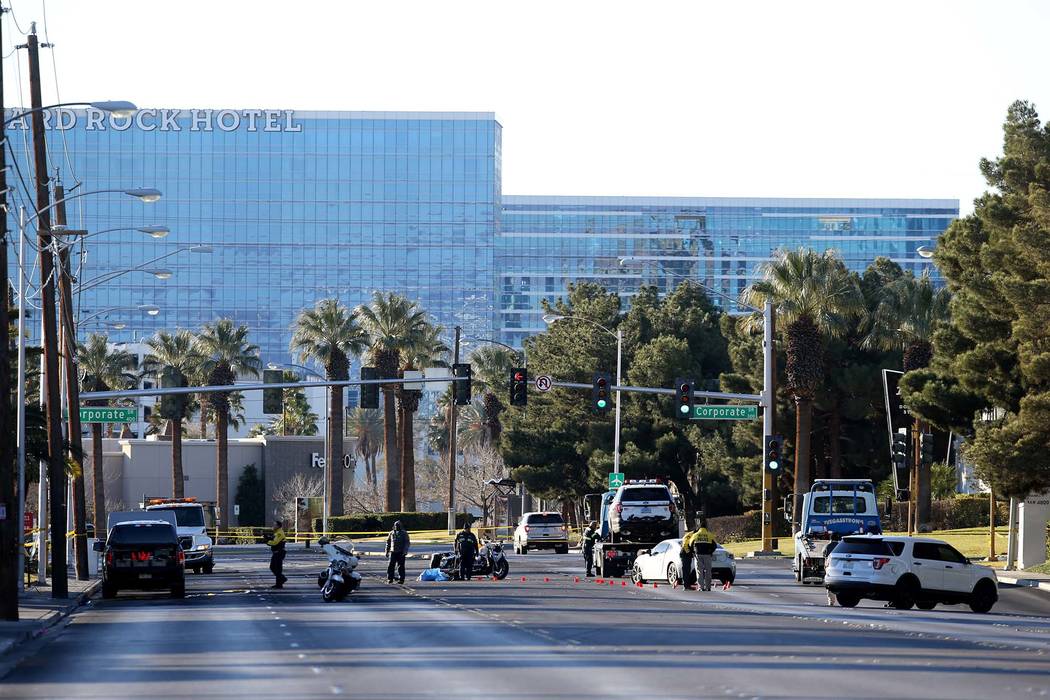 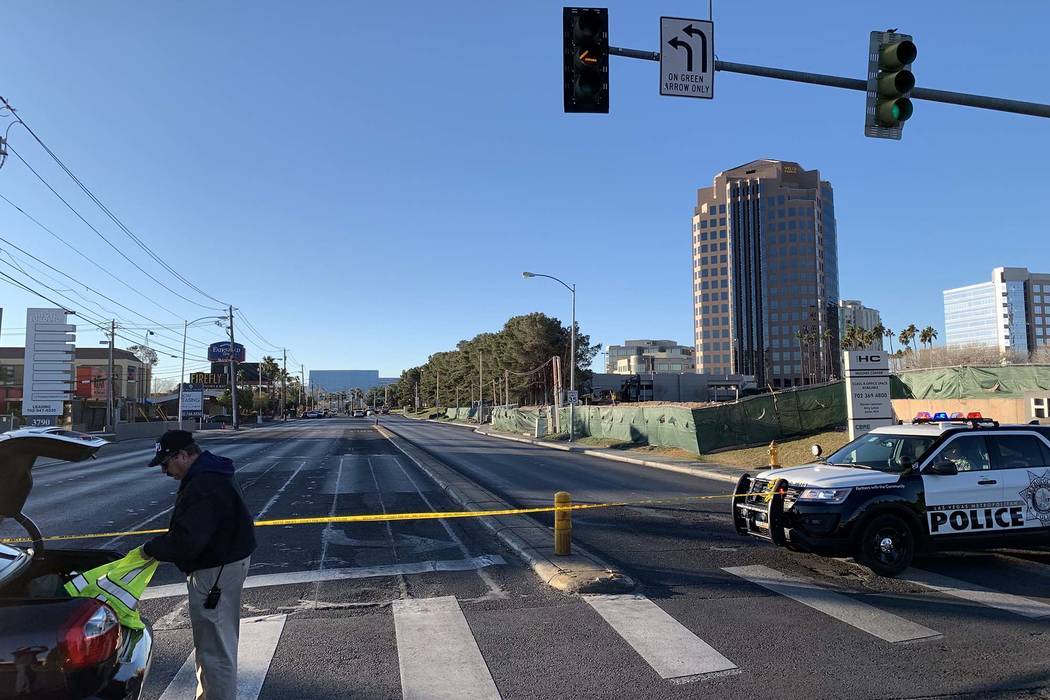 Jonathan Kim, 27, was arrested after he crashed into a police motorcycle, sending the bike barrelling toward two officers about 4:30 a.m., Metropolitan Police Department Lt. William Matchko said Tuesday. The two officers were investigating another crash on Paradise Road, near Corporate Drive, when the collision happened.

One officer was hospitalized with serious injuries, Matchko said. The other officer was not injured.