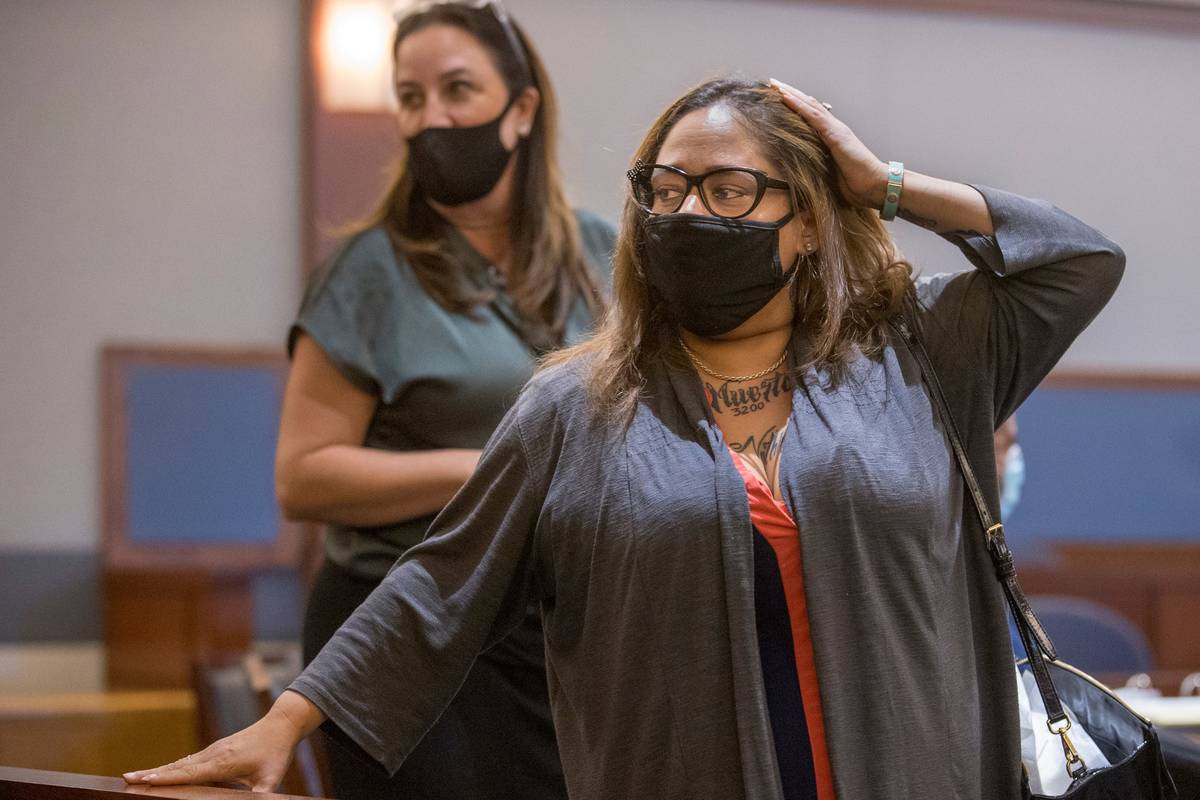 Malinda Mier, 40, was taken into custody late last week, according to court records, and she remained jailed as of Monday afternoon.

She and Adolfo Orozco, the owner of the apartment building where six people died in a December fire, face more than 20 felony charges.

Mier’s attorney, Kristina Wildeveld, said Mier had been placed on a low-level electronic monitoring, for which she was required to check in with jail officials.

She had otherwise communicated with authorities, Wildeveld said, but was arrested after she did not show up at the Clark County Detention Center last week.

Las Vegas Justice of the Peace Ann Zimmerman is expected to address Mier’s custody status Tuesday, before a preliminary hearing resumes for her and Orozco, who remains free on $50,000 bail.

Orozco and Mier were charged on July 30 with manslaughter — one count each for the six victims — and 15 counts of performance of an act or neglect of duty in disregard of safety resulting in substantial bodily harm or death.

Documents obtained by the Las Vegas Review-Journal from city officials in the weeks after the fire revealed that the Alpine had not been inspected by the Las Vegas Fire Department for nearly three years, between April 2013 and March 2016.

Since mid-August, Zimmerman has heard testimony from fire inspectors and residents of the apartment building, who detailed their encounters with Orozco and Mier and their efforts to escape the fire.

At the conclusion of testimony, which could extend through the month, Zimmerman is expected to decide whether prosecutors have enough evidence for Mier and Orozco to stand trial.