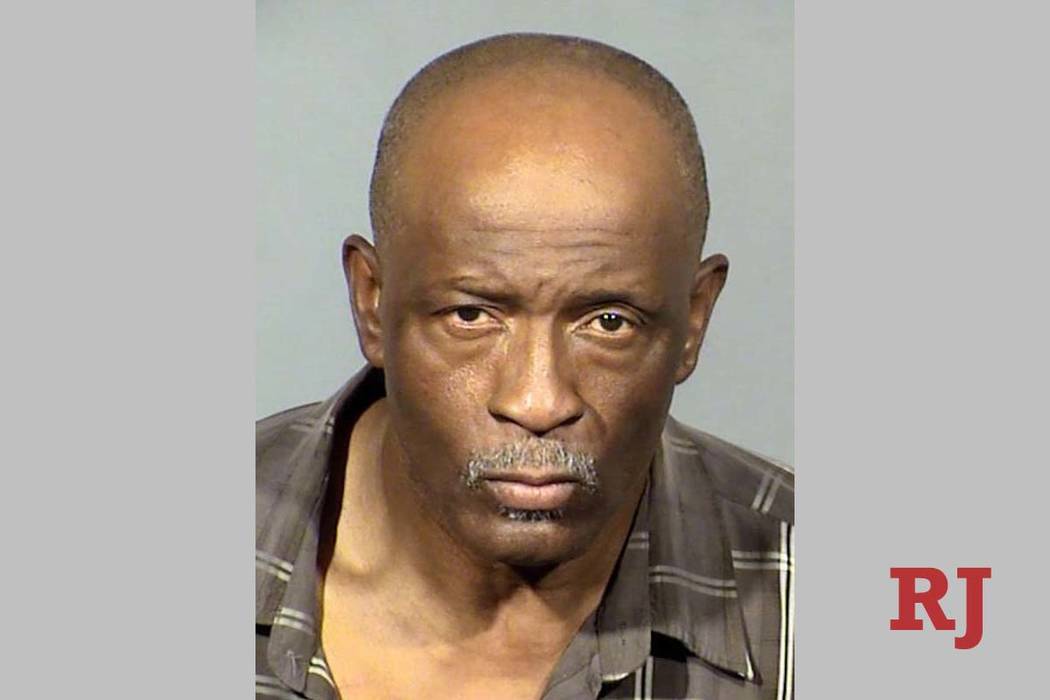 A repeat sex offender with a criminal history dating to 1982 is charged with kidnapping and sexually assaulting a 15-year-old Las Vegas girl, according to police reports and court records.

David Allen Hicks, 60, of Las Vegas, was arrested by Las Vegas police detectives on Jan. 26. Police said he approached a runaway teen at a bus stop on East Stewart Avenue the day prior, lured her to his apartment, forced her to do drugs, then attacked her.

The victim told police on Jan. 25 a “male adult grabbed her off the street, pulled her into his home and raped her,” police wrote in an arrest report for Hicks. “(The victim) elaborated and said the black male forced her to do crystal meth and had sex with her.”

Court records show Hicks has a long history of sex offenses that resulted in stints in both California and Nevada prisons. He also has repeatedly been accused of violating sex offender registration laws, yet he was out of custody, living in an apartment in the 2100 block of East Stewart, at the time of the alleged attack on the teen.

Clark County District Court records obtained by the Review-Journal show Hicks was first accused of sexual assault in November 1982, in Vallejo, California. Authorities there said he went on a date with a 19-year-old woman, then sexually battered her. He was convicted of sexual battery and false imprisonment and sentenced to three years in prison. He was paroled in 1985.

In 1986, also in Vallejo, Hicks sexually assaulted a 28-year-old Las Vegas woman. The woman knew Hicks prior to the assault, authorities said. He was convicted of forcible rape and sentenced to nine years in prison. He was paroled less than five years later, then returned to prison on a parole violation. He was released two more times then returned to prison two more times on parole violations, according to District Court records.

In Southern Nevada in 1997, court records indicate a woman who’d been dating Hicks broke off the relationship, then obtained a protective order against him after he allegedly threatened to kill her and her loved ones. In October 1997 the woman said Hicks showed up at her home uninvited, forced his way in and sexually assaulted her.

Clark County District Court records show Hicks entered an Alford plea in the Las Vegas case to charges of burglary and attempted rape. An Alford plea is not an admission of guilt but an acknowledgement that a conviction is likely at trial. Hicks was sentenced to 5 to 15 years in 1998. His release date was not immediately discernible on Nevada Department of Corrections records.

From 2009 to 2016 he was accused seven different times of violating sex offender lifetime supervision requirements in Southern Nevada, according to Las Vegas Justice Court records. In one of those cases the court records indicate he received 30 days in jail. In three of the cases the charge was dismissed. In the three remaining cases the matters were sent to District Court, where two of them were ultimately dismissed. The records indicate in the third case Hicks entered a no contest plea to misdemeanor failure to register as a convicted person and was sentenced to credit for time served.

In the attack on the teen, Hicks is facing five felony counts of sex assault against a child under 16, first-degree kidnapping, six counts of lewdness with a child and coercion with force or threat of force. A preliminary hearing is scheduled for March 4.