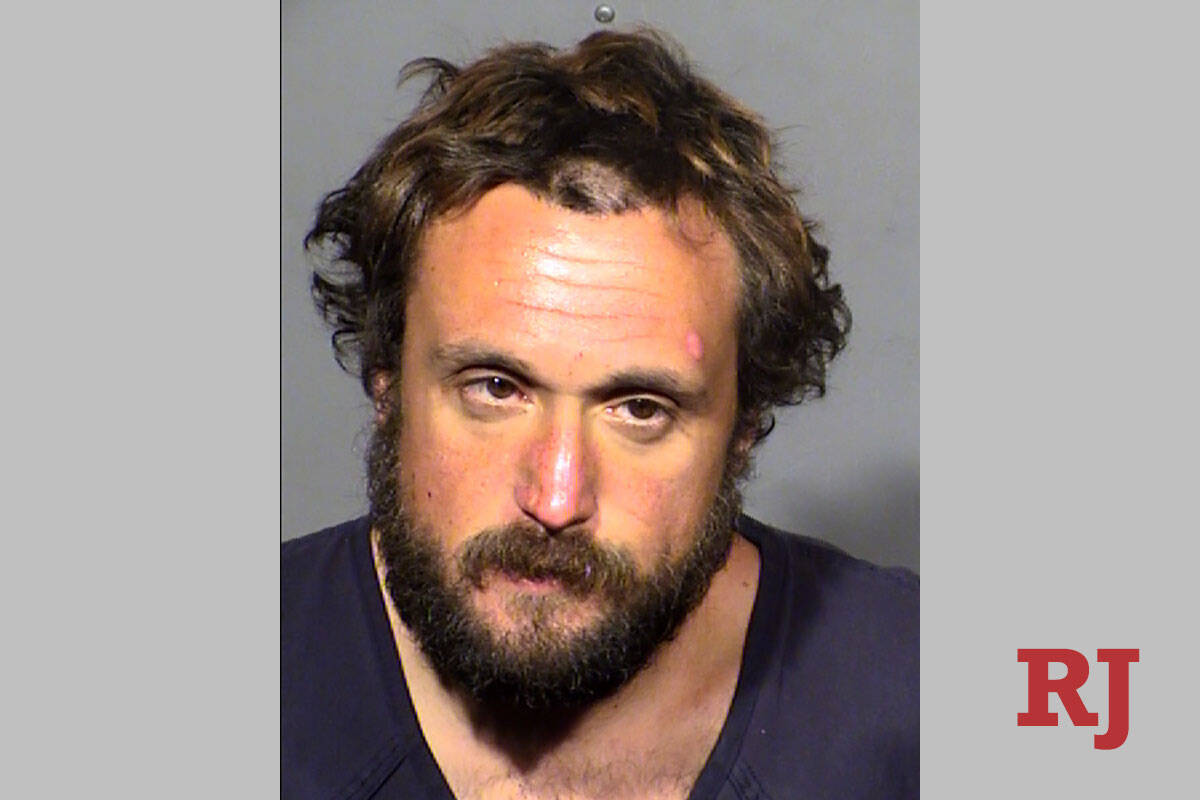 Byron Osborne has been charged with attempting to kidnap a child from an east Las Vegas park. (Las Vegas Metropolitan Police Department)

A Las Vegas man has been charged with attempting to kidnap a child from an east valley park and exposing himself to several others.

According to a Las Vegas police arrest report for Byron Osborne, 31, he was arrested on April 7 at 2850 Stewart Ave., near North Eastern Avenue.

Police did not name the park where Osborne was arrested, but the address is the same as the one listed for Rafael Rivera Park. The address is near an elementary school and a middle school.

According to Osborne’s arrest report, police were called to the area at 4:40 p.m. for a report of a man “chasing children around the park while exposing himself.”

“Upon my arrival I observed several female adults holding small juveniles running away from the park,” an officer wrote in the report.

The officer said witnesses pointed to Osborne as the man who was approaching children with his pants down and engaging in lewd behavior.

One witness said she saw a naked man chasing children and yelling, “I’m going to take one of these girls home,” while threatening to sexually assault the child. The witness said one small child ran and hid under a park table when the man attempted to grab her. Another witness reported seeing the man approach a child with his pants down and hearing him tell her, “I’m gonna rape you.”

A woman told police the naked man trailed her to her car.

“Byron attempted to open her door by pulling on the handle but when he couldn’t open the door he began to hit the hood of her car with his closed fists,” police said.

An officer arrested Osborne after a brief foot chase. When he was caught, Osborne said, “Those kids were being mean to me,” according to the report.

Osborne initially was arrested on suspicion of luring a child to engage in sex, and open and gross lewdness. A criminal complaint filed in Las Vegas Justice Court on Tuesday indicates that he now is charged with attempted first-degree kidnapping, luring a child for sex and two counts of indecent exposure.

He remained at the Clark County Detention Center on Thursday on $50,000 bail. A preliminary hearing in the case is scheduled for April 26.

The police report in the case initially identified Osborne by the last name of Osborn.