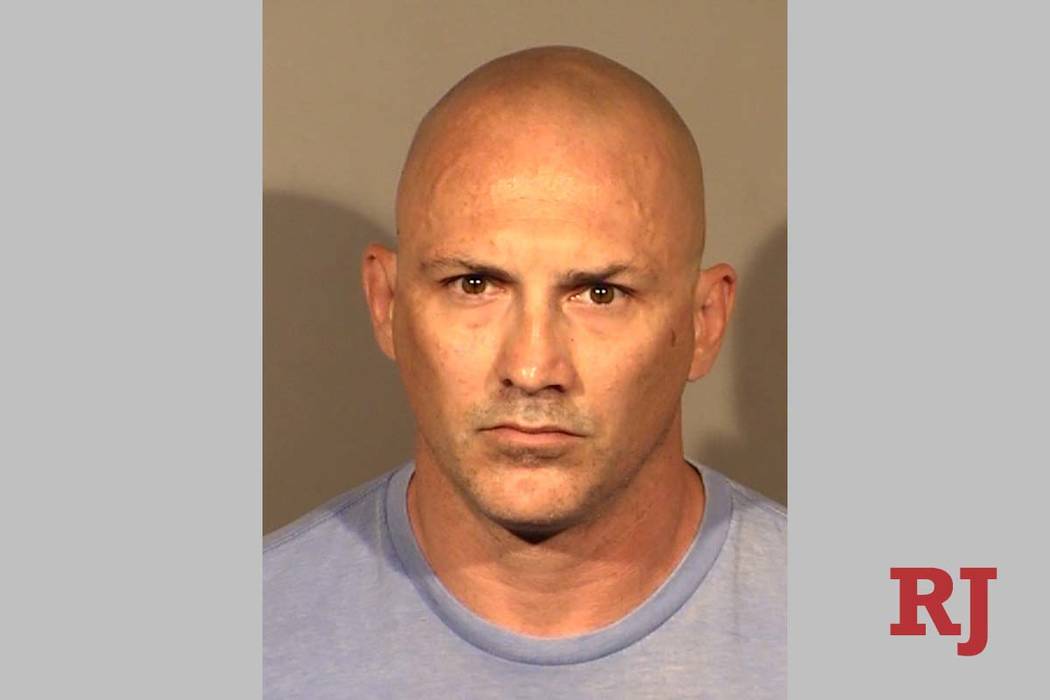 The owner of a northwest Las Vegas Valley juijitsu studio is accused of sexually assaulting an underage female student and sending her nude pictures.

According to an arrest report released Wednesday:

On Sept. 23, a girl told Las Vegas police that Justin Clahoun, her coach and the owner of Battle Born Jiu Jitsu studio, sent her a nude picture of himself that morning through Snapchat, a picture-sharing app. She also told officers that Calhoun inappropriately touched her.

Calhoun was arrested Sept. 25 and booked into the Clark County Detention Center. He has been charged with sexual assault of a child under 14, lewdness with a child under 14 and luring a child with a computer for a sex act, court records show.

During an interview with police, the girl said Calhoun had touched her under her clothes multiple times while “mat training” at the jiujitsu studio, at 4343 N. Rancho Drive. She said the assaults dated to around June.

Also according to the arrest report:

Calhoun told her to post a picture of herself on social media wearing her “volleyball shorts,” and he “threatened to send (redacted) a nude picture of himself if she didn’t post the photography.”

The girl said Calhoun gave her his personal Snapchat account, and one time she saw a nude picture of him “viewable for everyone” on the account.

Calhoun declined to speak with police before being arrested.

According to Calhoun’s LindkedIn page, he has owned Battle Born Jiu Jitsu, which teaches the Brazilian form of the Japanese martial art, since April 2017.

Calhoun was released from jail on Monday after posting bond on $50,000 bail. Conditions of his bail are medium-level electronic monitoring and having no contact with minors who are not his child, court records show.

A preliminary hearing is scheduled for Oct. 30.