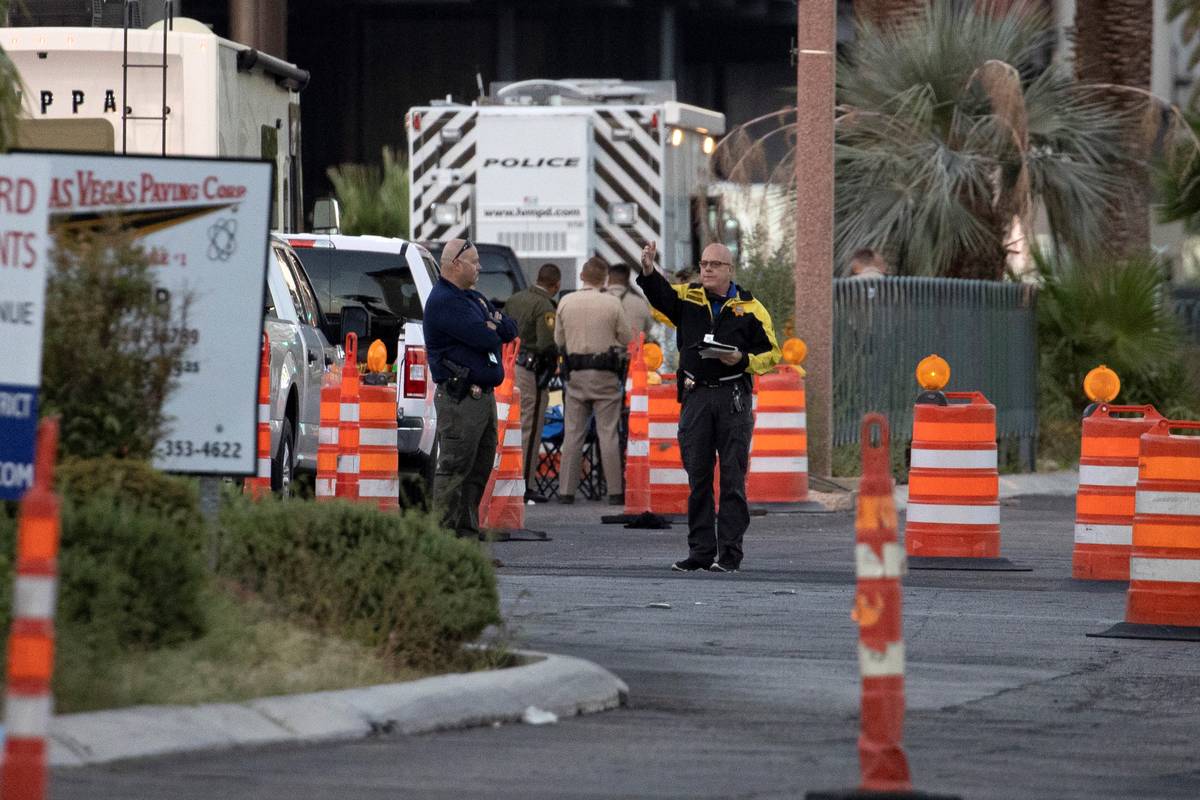 The Metropolitan Police Department investigates after police shot and killed a man who charged at them with a knife on the Las Vegas Strip, near Sahara Boulevard, on Wednesday, Sept. 9, 2020, in Las Vegas. (Bizuayehu Tesfaye/Las Vegas Review-Journal) @bizutesfaye

The officers are Gregory Hilton, 36, Francisco Mazon, 29, Shaun Ward, 34, and Nicholas Grazioso, 26, according to a statement from the Metropolitan Police Department.

During a news conference Friday, Assistant Sheriff Chris Jones identified the man killed as 37-year-old Matthew Patton. Police said Patton had been in Las Vegas for about three days when he was shot, but it was unclear why he was in town.

Police pulled Patton over about 11:10 p.m. Tuesday near Joe W. Brown Drive and Karen Avenue after officers saw Patton’s 2009 Pontiac G6 “leave the travel lane, nearly colliding with another vehicle,” Jones said. Patton refused to get out of the car, and when police checked his ID, they discovered a “full extradition warrant out of Utah for burglary,” he said.

The National Crime Information Center’s database, which is run by the FBI, listed Patton as “a violent sexual offender who was considered armed and dangerous, with violent tendencies,” Jones said. He was wanted for a parole violation after he hadn’t checked in with his Utah parole officer.

Officers requested additional police to help arrest Patton. When the other officers arrived, they tried negotiating with Patton for about 10 minutes, before Patton sped off, Jones said.

Metro released portions of the body-worn camera footage during Friday’s news conference, which included about two minutes of an officer speaking with Patton immediately after he was pulled over. The footage showed Patton refusing to leave the car.

Patton’s voice is unclear in most of the footage, but the officer appears to repeat what Patton says, and asks him, “If you get out you’re going to go to jail for a long time?”

Officers then briefly chased Patton’s car before he was followed by a police helicopter. During the chase, police “deploy sticks” that deflated two of Patton’s tires, Jones said.

Patton drove “through several area commands and around the valley,” Jones said, but it was unclear how long police followed him.

Footage from a Metro helicopter released Friday shows police cars again chasing Patton as he drove on his wheel rims, eventually bumping his car until he spun to the side of the road near Sahara Avenue and Las Vegas Boulevard South.

Patton then began to jog away from officers down Las Vegas Boulevard, at times walking backward, the footage showed.

Metro released body-camera footage from Hilton on Friday, which showed the officer yelling at Patton to “get on the ground.” Footage from the other officers showing the shooting was not released.

As Hilton continued telling Patton to “drop that knife,” he also says, “I will shoot you,” the body-camera footage shows.

Jones said Friday that Patton was holding a pocket knife and a “palm knife” with a handle.

About a minute after Hilton got out of his car, he pulls out his Taser. Within seconds, Patton is seen running toward police, and Hilton and another officer fire at him.

“Mr. Patton charged officer Hilton before he could successfully fire his Taser,” Jones said in the news conference.

A K-9 dog attempted to attack Patton, but he dodged the animal, Jones said. Footage showed him lunge behind palm trees in the median of Las Vegas Boulevard, before moving toward officers.

The four officers have been placed on routine paid administrative leave while the department investigates the shooting, police said.

If Patton had survived, he would have faced five counts of assault with a deadly weapon on a protected person, resisting arrest with a weapon and “felony evading,” Jones said.

Patton died at the scene, police said. The Clark County coroner’s office, which is closed on Fridays, had not officially identified Patton or released his cause and manner of death as of Thursday afternoon.

Patton’s death marked the 15th police shooting involving Metro officers this year. It was also the eighth time this year that a Metro officer has shot and killed someone, according to records maintained by the Las Vegas Review-Journal.

At this time last year, Metro officers had shot at people 14 times, but only four of the shootings were deadly.

On Sunday, Metro Sgt. Douglas King shot and killed Seth Holliday after the 40-year-old was found at his Summerlin home stabbing his wife, police have said. Less than 10 minutes before Holliday began stabbing himself and his wife, a psychiatrist called police with a warning that his client was “getting aggressive and was a danger to his spouse,” Assistant Sheriff Christopher Darcy said Wednesday. 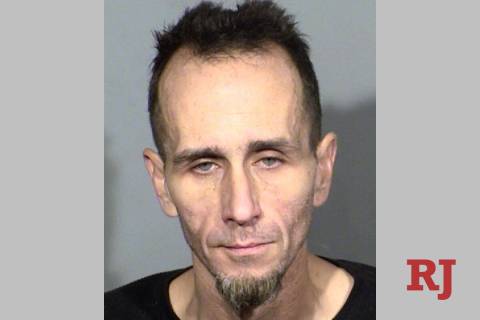