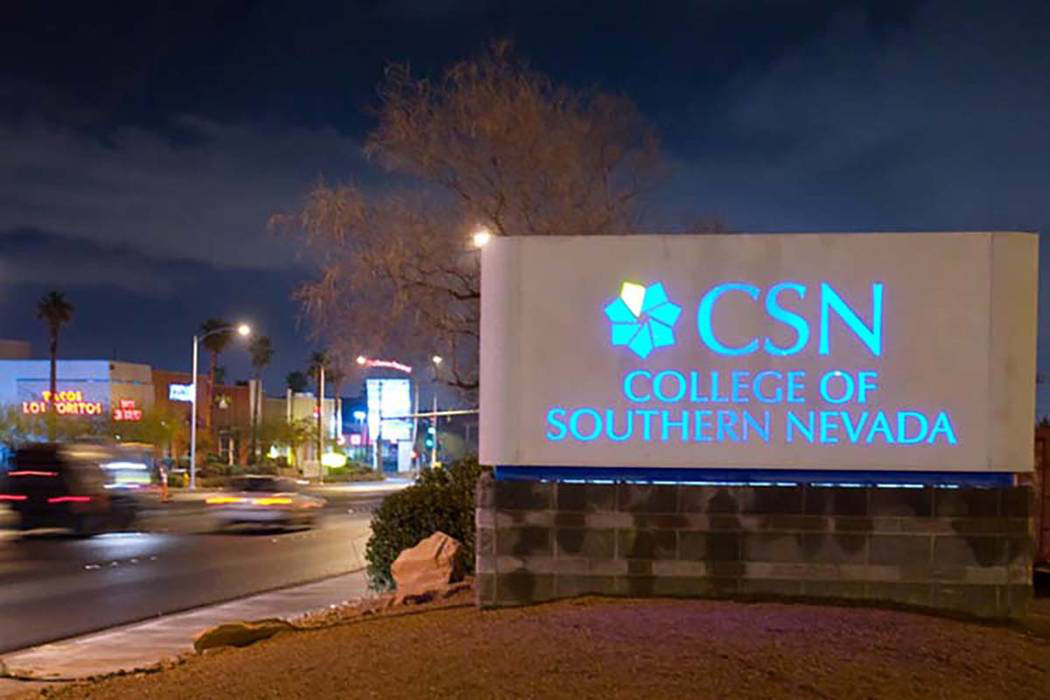 A longtime College of Southern Nevada sociology professor is facing felony gun charges in connection with an on-campus shooting on the second day of classes.

Mark J. Bird, 69, was charged last month with discharging a gun within a prohibited structure, carrying a concealed weapon without a permit and possessing a dangerous weapon on school property, court records show. He was found bleeding from a self-inflicted gunshot wound to his arm about 8:15 a.m. on Aug. 28 outside a bathroom in the Charleston campus K building.

Inside the bathroom, campus police found a $100 bill taped to a mirror along with a note that said, “For the janitor,” according to Bird’s arrest report. On the floor of the restroom was a black-and-white, .22-caliber pistol and one spent shell casing.

The sociology professor was hired Aug. 26, 1993, and was an emeritus faculty member at the time of the shooting, college spokesman Richard Lake said. Bird was not scheduled to teach any courses during the fall 2018 semester.

Bird was employed with the college as of Tuesday, although Lake said it was not clear what disciplinary actions, if any, would be taken against him.

A 911 call was made after several CSN employees and at least one student saw Bird stumble out of the bathroom, bleeding, before he collapsed, the report said. None of the witnesses — who later told police they only recalled hearing “a loud noise” — initially knew Bird was armed and had shot himself, according to the report.

One college employee told police that he held Bird’s hand to calm him down as others tried to stop the bleeding. While waiting for authorities to arrive, Bird said he had shot himself in protest of President Donald Trump, police noted in their report. The report did not elaborate.

A campuswide alert was sent about 9 a.m. the day of the shooting, deeming the scene safe and alerting students that the firearm had been recovered. Except for a short mention in the lengthy September edition of “The Chronicle,” the college president’s monthly newsletter emailed to staff, the college did not disclose any more details about the shooting.

The brief update was at the bottom of the newsletter and did not name Bird as the suspect. Federico Zaragoza, who in August was named the college’s ninth president, wrote at the end of his newsletter, “I appreciate all of the expressions of concern and interest, and I pledge to keep everyone updated should the situation change.”

On Tuesday, Robert Manis, president of the college’s faculty union, the Nevada Faculty Alliance, told the Las Vegas Review-Journal that he has heard a number of rumors about the shooting in the last two weeks. He expressed concerns about the way the college handled the shooting and about its lack of transparency afterward.

“They never really told the students much about it except that it was resolved on the actual day of the shooting,” he said. “When you don’t give the full details, then rumors go crazy. It’s unfortunate because it made the students and faculty very afraid and allowed rumors to proliferate.”

Lake declined to comment further Tuesday, but he noted that college officials met with faculty and staff immediately after the shooting to provide support and to take suggestions.