A 39-year-old woman posed as a child protective services employee in an attempt to kidnap a newborn, Las Vegas police said Wednesday.

The Metropolitan Police Department encountered Boyd about 12:25 p.m. Monday in the 4300 block of Las Vegas Boulevard North, after she had called 911 requesting that officers stand by “as she performed an emergency removal order of a newborn child,” Capt. Nichole Splinter said at a Wednesday morning news conference.

“She was actually brazen enough to place that call and have Metro with her, which would probably have made it look much simpler to the family to go there and attempt to remove this child,” Splinter said.

“She made an effort to make these efforts look legit, but again, it was through the solid police work from these officers that actually recognized that there’s something wrong here and went further to prevent this,” Splinter said.

Boyd had never met the parents, but they had spoken through Facebook about buying clothes for the three-week-old baby, Splinter said. Boyd had provided accurate dates of birth for the child and the parents, because the parents had posted that information on Facebook.

Despite the correct information, the two officers — who are in field training and were with a training officer — thought the documentation appeared fraudulent and called child protective services to verify her employment, Splinter said.

“They had no idea who she was,” she said.

Boyd told police she had planned to keep the baby, and that her own children had been taken away, Splinter said.

Boyd is a felon out of California, police said.

Splinter cautioned parents to be careful about sharing personal information on social media.

If there are any questions about the authenticity of credentials, the public may call the Clark County Department of Family Services at 702-399-0081 to verify.

In a statement Wednesday, Clark County said, “The safety of our children and youth in foster care is paramount. We urge all parents to ask questions if they have any doubt as to whether or not they are speaking to a family services employee.”

A bus station worker is expected to receive a $30,000 reward for identifying an escaped murderer attempting to flee the country. 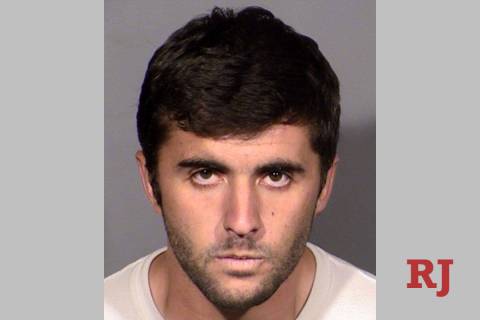 A California man was arrested Saturday after claims that he was making threats toward employees at a western Las Vegas Valley bank.