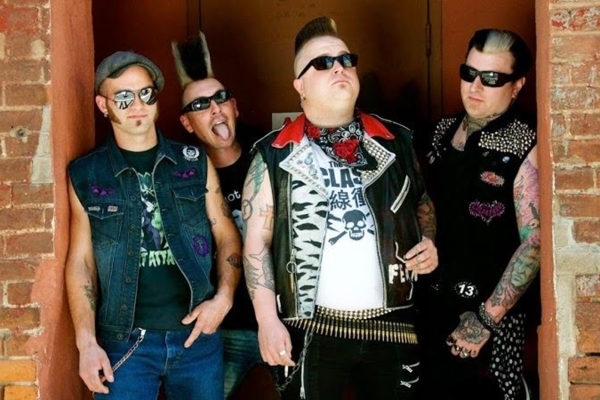 LOVE LOST: The Loveless, a scorching psychobilly act from Dayton, Ohio, is embarking on a cross-country tour starting this week, and Las Vegas is one of the lucky cities on its itinerary. Stop by the Dive to check out the band Sept. 3, and for $5, you’ll have one rocking good time.

WONDERFUL: The Wonder Years are releasing an outstanding new album next week, “No Closer to Heaven.” To celebrate, the Philadelphia act is stopping by Zia Records, 4503 W. Sahara Ave., on Sunday for a special in-store performance and signing. To receive a wristband for admittance, pre-order the record at ZiaRecords.com.

COWBOYS FOREVER: It’s hard to believe you don’t see more bands like Farr Beyond Driven paying tribute to Pantera, given how beloved and influential Dimebag, Phil, Vinnie and Rex remain. Stop by Count’s Vamp’d on Friday for a free show and celebrate one of metal’s greatest bands.

PUCKER UP: Saturday night at Count’s Vamp’d, an all-star group of locals will be performing the entire “Hotter Than Hell” album to raise money for Clark County schools’ music education, with a special appearance by Priss featuring Bob Kulick. The show is $10 and starts at 8 p.m.

MAINE EVENT: As a thank you to its fans, the Maine is kicking off a free tour. That’s right, all it will cost you to see these dudes is your time and some gas money — although, they’re also accepting donations if you feel so inclined. The Las Vegas stop, 6 p.m. Sunday at the District at Green Valley Ranch, is the second on a 28-date tour.