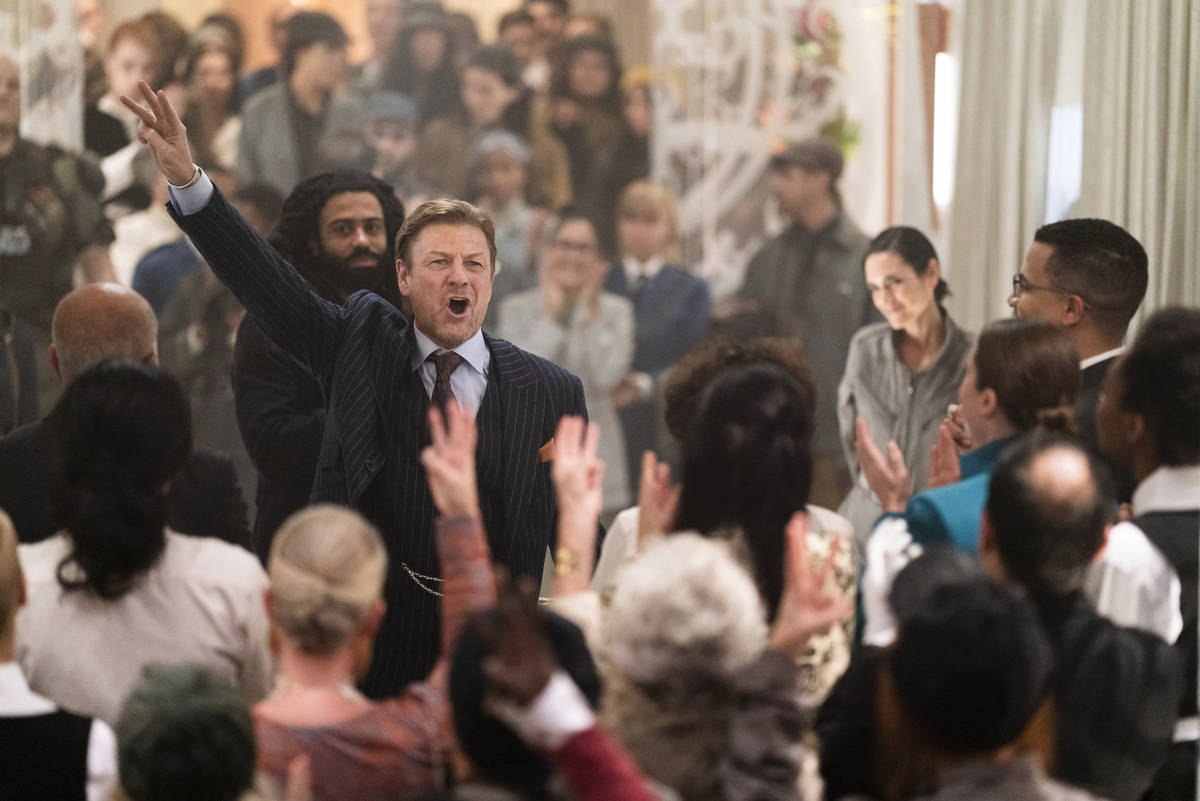 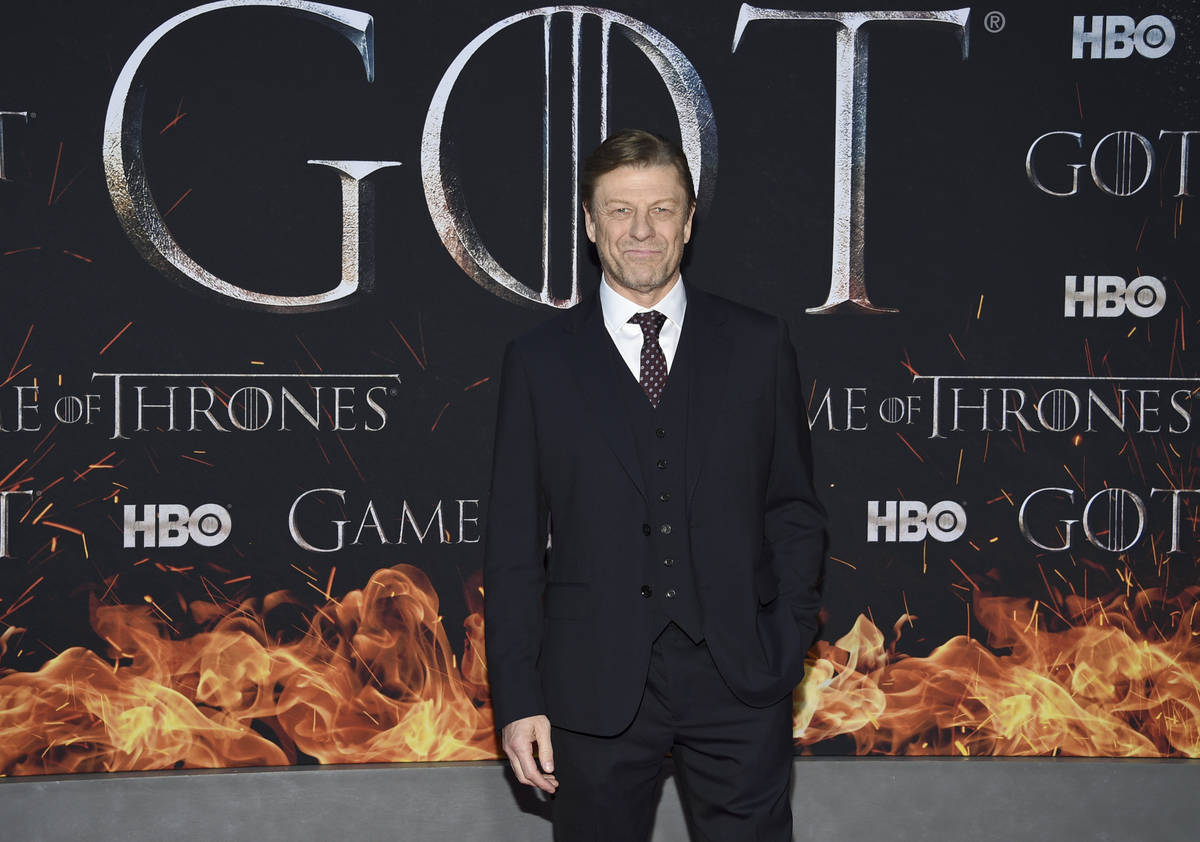 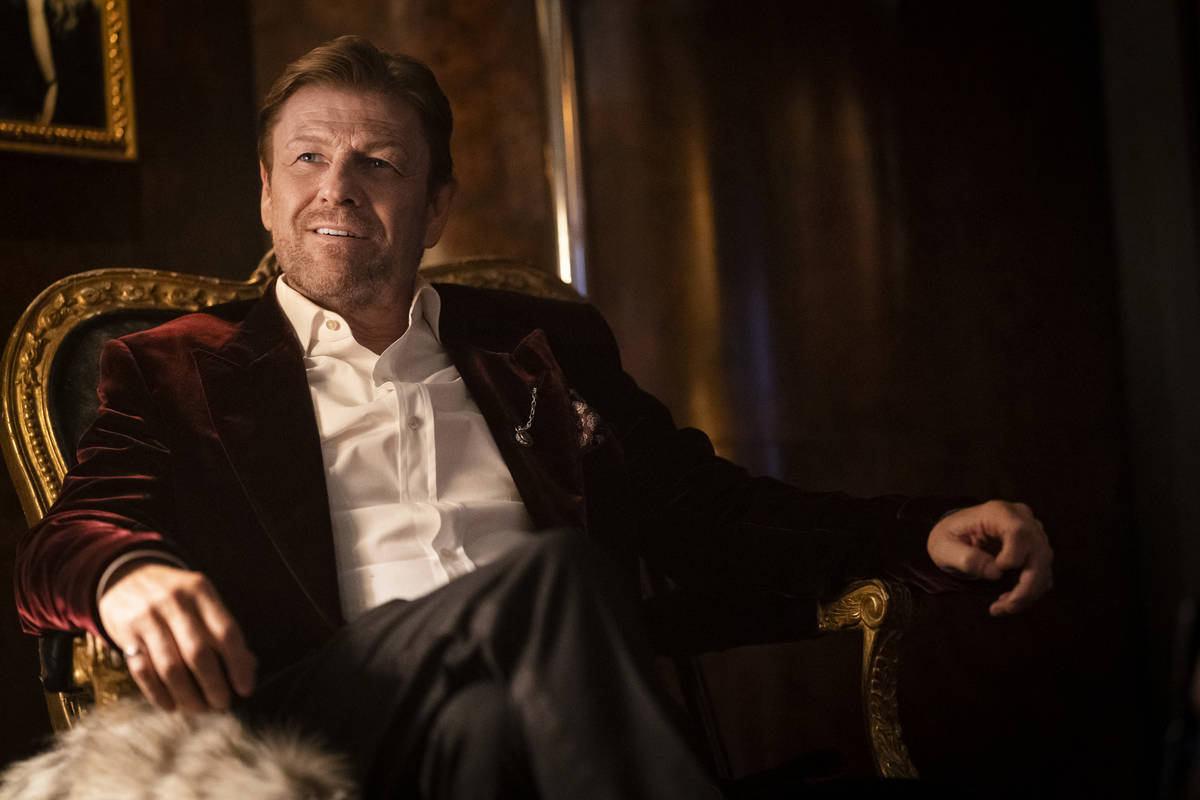 “I’ve had some wonderful deaths, but I would like to branch out into the land of the living,” said "Snowpiercer" star Sean Bean. The actor has died on screen more than 20 times. (David Bukach/TNT)

He just wants to live.

That might be impossible when you’re iconic fantasy actor Sean Bean, who has famously died in “The Lord of the Rings,” “GoldenEye” and “Patriot Games.”

Nothing is closer to his heart than his most famous death scene, in which his Lord Eddard Stark of Winterfell is beheaded on the steps of Baelor in “Game of Thrones.”

“I’ve died more than 20 times on screen, but never more violently,” says the 61-year-old British actor, who recalled his motivation in that historic TV moment. “I didn’t kneel thinking, ‘Oh God, I’m getting my head chopped off.’ It was more about the disbelief that I would never see my family again. The horror set in and then … the chop.”

Sitting in his Somerset, England, garden on a cold winter’s day, the actor, who is weathering the pandemic there, cheerily adds, “It was creative to behead me. I never really had any complaints — and never do. I’ve had some wonderful deaths, but I would like to branch out into the land of the living.”

Bean is very much alive on the new season of TNT’s “Snowpiercer,” a post-apocalyptic dystopian thriller about the passengers of the titular train that carries the remnants of humanity, seven years after the world freezes.

Review-Journal: How are you handling the pandemic?

Sean Bean: I lived in London for 25 years, but six years ago, we moved to the country in England. It’s rural in my new town of Somerset and a great place to really get away from the world. I’m very lucky in the respect that my wife and I can live a life that’s secluded yet very beautiful and peaceful. We’re surrounded by trees, countryside and nature.

What is an ideal Sunday in the country?

I’ve been doing a lot of gardening. I really like to get outside and plant trees and wildflowers. I enjoy nature, wildlife and natural history. On an average Sunday, I’ll be out there with bats and birds flying overhead. I like to sink my hands into the dirt of my garden. When I’m dragged inside, I like to play the piano and watch Netflix.

Tell us about the new season of “Snowpiercer.”

My character, Mr. Joseph Wilford, is in top form. What I love about the show is it is wild, wacky, weird and fun. And we keep pushing it further and further. The series has really benefited in being daring and revolutionary.

Describe filming on a train?

It’s really not too bad because I love trains. The thing is it’s winter and windy when we film, so to spend four to five months of your year inside a nice, cozy train isn’t bad. Yes, it’s quite claustrophobic, but the interiors are amazing. The production crew built amazing interiors for different classes of travel, plus there are bathrooms. I have beautiful quarters. And the claustrophobic feelings only help with the intensity of the situations.

Why is train travel so appealing?

You can’t do anything but read and look out the window. Plus, time passes slowly on a train, which is nice in our busy lives. If you’re driving in your car, you’re concentrating on the road. On a train, you can really observe things. It’s much more civilized. I’d love to jump on a train right now and see all the little towns in America.

Is it true that you worked as a welder before you became an actor? How do you bridge the gap between those two jobs?

I didn’t have any kind of thoughts about acting when I was a young man growing up in England. But, at age 11, I ended up in an acting competition. Maybe that was the start of my career because after that I can’t remember wanting to do anything else. The only problem was back then it was considered a bit sissy for a boy to become an actor. It was frowned upon. I came from an industrial city that was about mining and the steel industry. Since it was a bit whimsical, this idea of acting, I became a welder. My dad is a welder. I found I wasn’t really meant for it. I stumbled across acting again, and that was it.

Do you have a favorite memory of shooting “Lord of the Rings?”

I think about those films quite often. It was such a magnificent time for me. For all of us. I don’t think any of us knew what to expect when we first arrived in New Zealand. (Director) Peter Jackson turned it into something really special. Otherwise, it was great being on the other side of the world. We had more freedom. Then the studio received the daily rushes and gave us even more freedom. All I can say is that story is very stirring. I read it when I was about 14 or 15. I never thought I’d be playing Boromir.

After “Game of Thrones,” do people ask about losing your head on a daily basis?

I don’t mind, but it’s a bit predictable. I’m just glad I was part of “Game of Thrones” playing an interesting and complex character who people are still quite interested in the fact that my head was on a pole.

Help us break some news. Could Ned, head firmly in place, appear in any of the proposed HBO prequels to “Games of Thrones?”

It depends on how far they go back — and it depends on what form he is in. It’s difficult to imagine him alive again in some form, but it would be nice to see him again. Maybe I’ll be back.