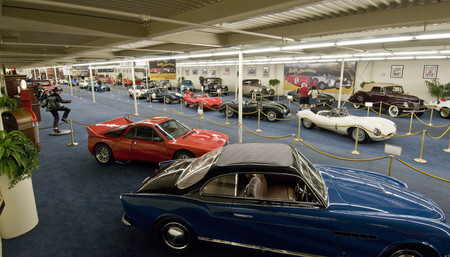 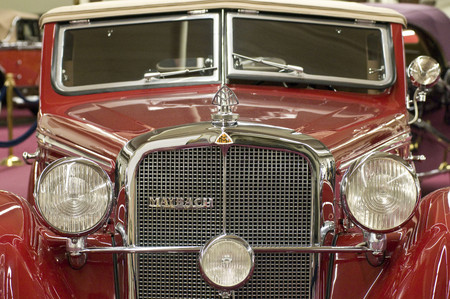 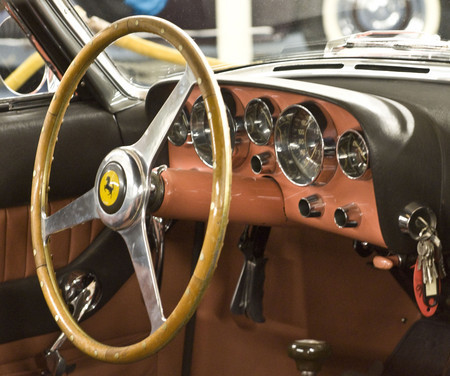 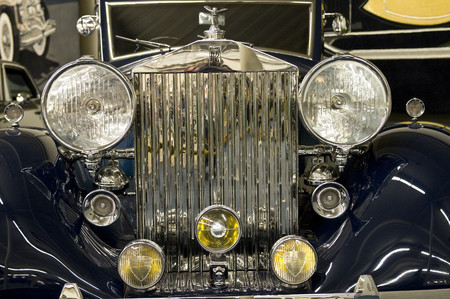 Don Williams always remembers where he parks at the Imperial Palace. His cars, nearly 300 of them, are on the fifth floor. They’re part of the Auto Collections showroom, and their price tags total $250 million.

"Cars are my passion," says Williams, 63, strolling around the 125,000-square-foot space he and his partner, Richie Clyne, have rented from the Imperial Palace since 1999. (The hotel charges them $1 per year, since the cars draw bodies to the casino.)

The row of a dozen Jaguars by the entrance is priced at $35 million alone.

"We take homes in trade," Williams jokes, adding that there is no recession on his end of the economy because "they don’t make more one-of-a-kind classics."

Williams — who also sells out of a private warehouse near his home in Danville, Calif. — procures his tail-finned jewels by auction-hopping and fielding calls from in-the-know friends.

"It’s not owning the cars that I love," he explains. "It’s the thrill of the chase." (Perhaps not coincidentally, Williams is on his third marriage. "Chasing cars is much cheaper," he says.)

The first Imperial Palace car display was founded, along with the hotel, in 1979 by Ralph Engelstad. It functioned as a museum for the controversial entrepreneur’s private collection, which included a 1939 Grosser Mercedes used by Adolf Hitler for parades. (Engelstad paid a $1.5 million fine to the Nevada Gaming Commission in 1989, for damaging the reputation of the gaming industry after throwing private Hitler birthday bashes in 1986 and 1988.)

Only one vehicle remains from Engelstad’s collection: a green 1939 Chrysler Royal Sedan that’s not for sale. It was once owned by Johnny Carson, who used it to learn to drive and, perhaps, more interesting things. (He picked up his high school prom date in it.) The king of late night sold it to Engelstad, his personal friend, for $1 in 1994. (Next to the car, Williams displays a blown-up copy of the bill of sale, along with a video of Carson reminiscing.)

When Engelstad found out he had lung cancer in the late ’90s, he asked Williams and Clyne to sell off his entire collection — minus the Carson car — so his family could have the cash instead. Engelstad then allowed his two friends to fill the space with their own classic rides and open what Williams refers to as "the world’s most expensive used-car dealership."

Two types of visitors come, Williams says: car buffs and tourists. And he can tell them apart, immediately, by their eyes. The buffs don’t bother reading the placards explaining what’s on display.

"They know," Williams says. (The buffs include celebrities such as Nicolas Cage and Sylvester Stallone — the latter of whom combed these rows just a few weeks ago.)

Once or twice a day, a buff will have enough money to back up the ogling. On this day, two vehicles will roll down the secured ramp and out to the parking lot: a 1948 Indian Chief motorcycle ($35,000) and a ’77 Chevy pickup truck ($12,500). (The latter is a rare consignment for a friend of Williams’ son, Rob, who manages the showroom. This explains its unusually low price.)

The tourists mostly follow signs from the casino on impulse. They always read the placards. A rare few will aim straight for the most expensive photo op they can find. This can cause problems.

"Sometimes, they’ll climb over the ropes and sit on the fender and have their girlfriend take a picture," Williams says.

One time, Rob Williams exited his office to find a man sardined into a $10 million Ford GT40 racecar.

"His legs were wrapped around the wheel," Don says.

As of three months ago, every car selling for more than $3 million has had its price replaced by a single word.

" ‘Inquire’ does not mean we’re embarrassed by our price," Williams says. "We just don’t want you sitting on the fender."