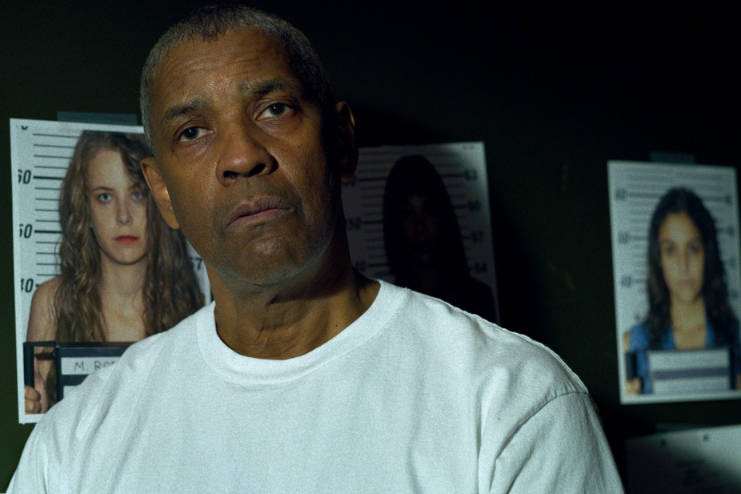 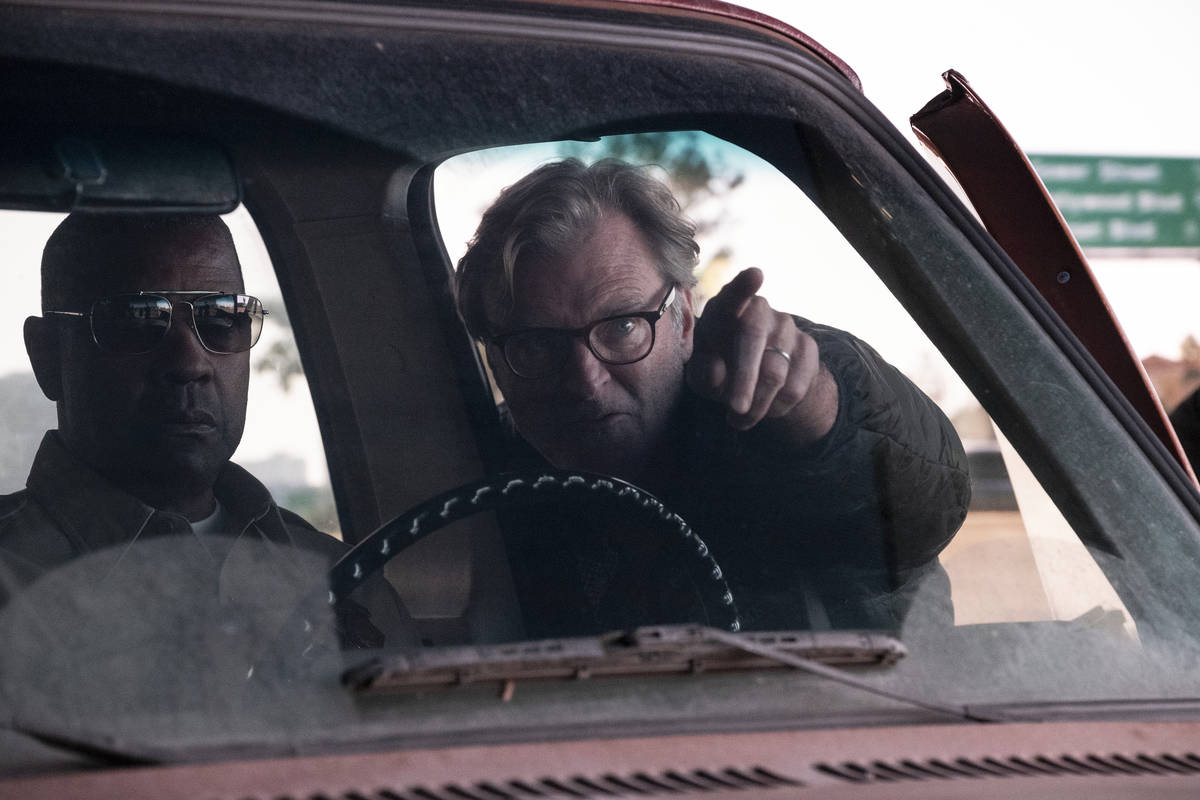 Denzel Washington, left, who portrays an officer with a guilt-ridden past, works with director/writer/producer John Lee Hancock on the set of "The Little Things." (Nicola Goode/Warner Bros. Pictures) 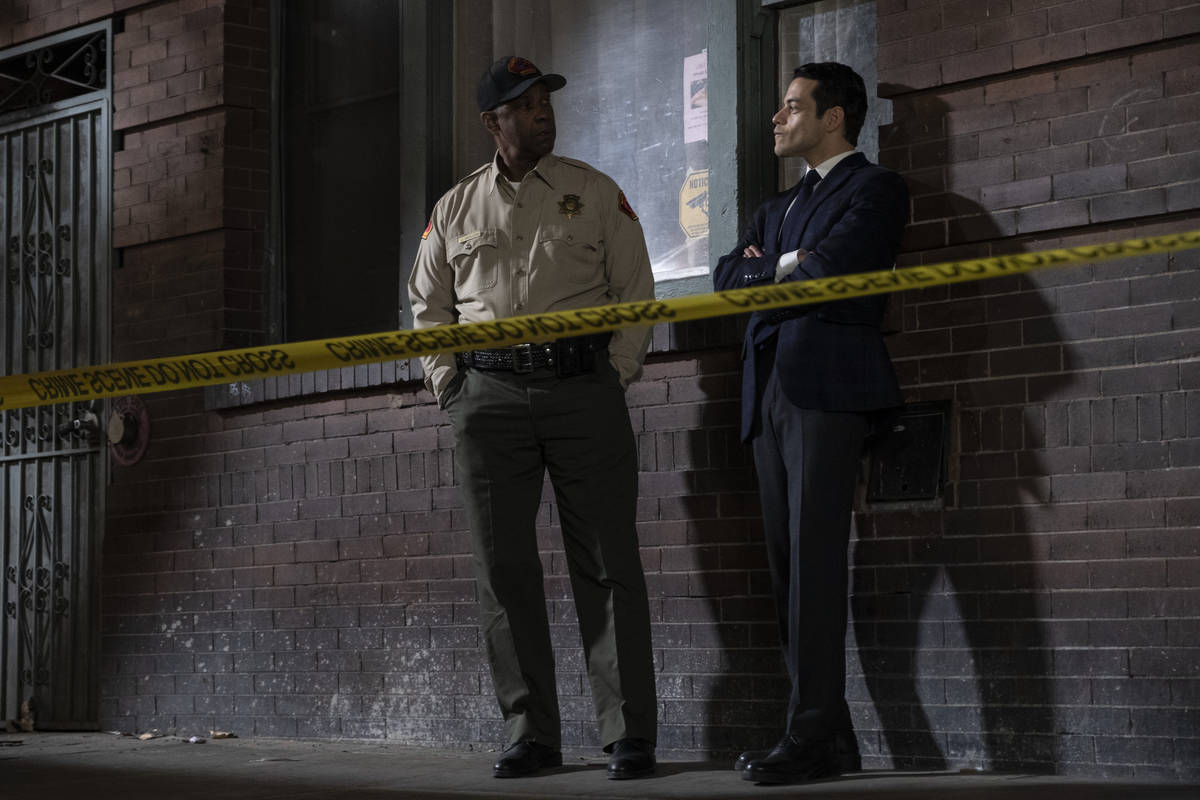 Denzel Washington stars as Joe “Deke” Deacon, left, with Rami Malek as Jim Baxter in the new film, which debuts on Jan. 29 on HBO Max and in theaters. (Nicola Goode/Warner Bros. Pictures) 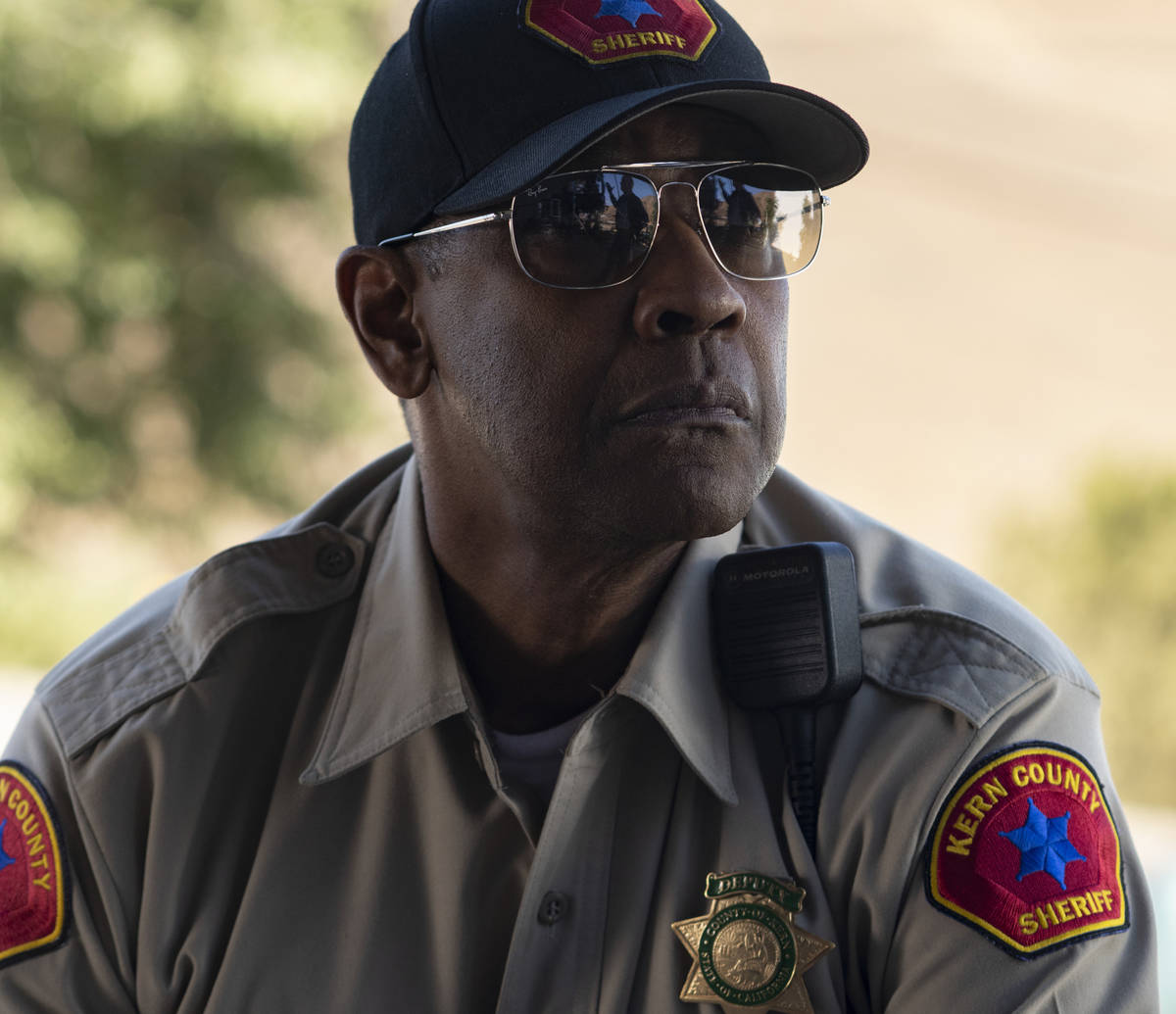 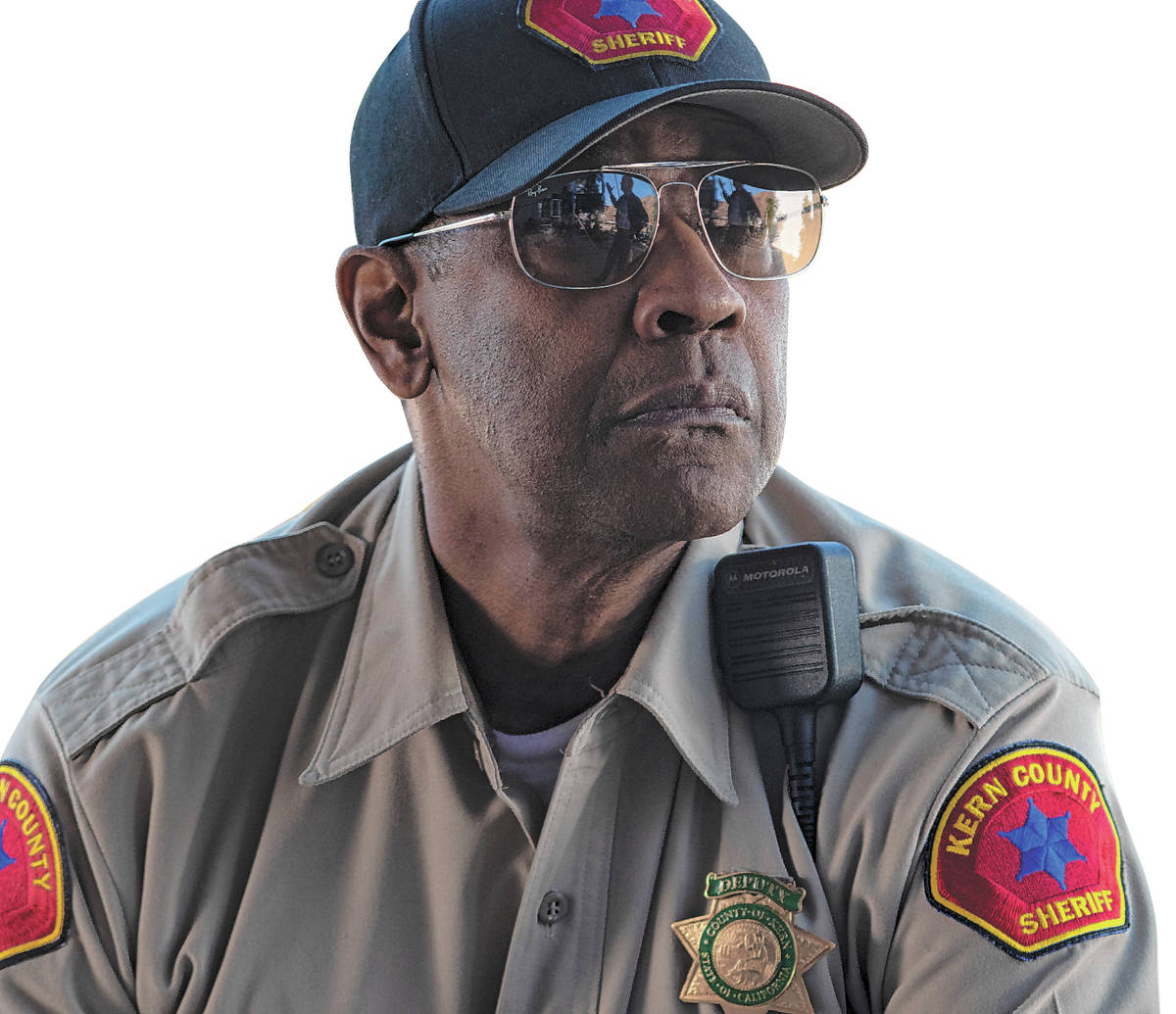 Denzel Washington does not mince words. Ask him a question and he will get to the bare-bones basics.

For instance: What is different about the police officer he plays in “The Little Things” and all of the other lawmen he has morphed into on the big screen?

“The difference is 35 pounds. The end,” says the Oscar winner, who gained the weight for the film, which opens Jan. 29 on HBO Max and in theaters.

Washington portrays Joe “Deke” Deacon, an officer with a murky, guilt-ridden past who teams up with an equally obsessive partner, Jim Baxter (Rami Malek), to track a potential serial killer (Jared Leto) in ’90s Los Angeles.

“The Denzel of it all was a no-brainer. Add these other actors and it ticks off all the boxes,” Leto says in a separate interview. “You watch Denzel in his movies and his entire body is alive. He’s the Holy Grail of acting.”

Washington, 66, Zoomed in from his Los Angeles home on a Saturday morning to talk about his celebrated career, the pandemic and taking chances at every age.

Review-Journal: What is a great Sunday for you?

Denzel Washington: Sunday is about church, family and just being together. It’s very easy to dedicate one day to just let it all go and slow down. By slow down, I don’t mean stop. I’m not good at just doing nothing, so I might go for a walk. When I have the time, I will watch football.

What drew you to this tense cop drama, “The Little Things.”

I’m an IMDbPro master. I looked up everyone involved in the project and this is just out of this world. You had director John Lee Hancock (“The Blind Side”). You had Jared Leto and Rami Malek. The pedigree of this one just spoke volumes to me.

What was the appeal of playing an obsessed cop?

Your character “Deke” is slowly revealed. What is the secret of slowly peeling the onion of your characters?

Deke brings great guilt to his new assignment, which is returning to L.A. to help the cops there figure out this serial killer case. But there is so much more going on in his head. I got there by having frequent meetings with the director where I asked a million questions. That’s how I get to my characters. I start by asking questions, which lead to other questions. Then you get specific. “What does he eat? Why does he eat it? Why is he heavy?” I ask everything. You ask why … and ask it again. It’s those details that peel the onion.

Do you watch a lot of cop shows before playing a cop?

There’s a show called “The First 48.” I was hooked on it! It’s about these detectives who are out there solving crimes. They solve the murders just by watching how these bad guys behave. Their tenacity solves it. I didn’t start there for this movie, but I went there.

When did you realize that you wanted to become an actor?

I was 20 years old when I started acting. In college, I did Eugene O’Neill’s “The Emperor Jones” play. I got good reviews, which didn’t mean much to me, because I never had a review before. People at the school started talking to me and about me. I remember being backstage and looking out the curtain one night before a performance … and thinking, “Wow, all these people have come to see this play. Maybe I’m good at this and I’ve found my calling.” I found it by doing it — and I get just as much joy doing it today.

Wasn’t the plan for you to become a journalist?

I studied journalism in college. I studied biology. I studied political science. But then I started taking acting classes and that was it. It was always about the love of acting.

There is no secret. Love and understanding, through good times and bad, helps. We’ve had our ups and downs. You deal with both. When we were first married, we lived in an apartment where the floor wasn’t actually level. There were times when we watched our furniture roll to the other side of the room. I looked at my wife and said, “There is nowhere to go but up.”

It’s been such a tough time with the pandemic. Have you discovered in this time the “little things” again?

I’m not a religious man. I’m a spiritual man. Religion, in my humble opinion, is when man gets ahold of spiritual issues and says, “Mine is right and yours is wrong.” Anyway, I read the Bible every day. It’s my fourth time through the Bible now in the last year or so, and looking at spiritual text. I’ve read about how God sent down a plague and sent every man back to his tent with his women and children. I think now we’ve been sent back to our tents to deal with ourselves and our loved ones.

What is the bottom line for you?

I believe God is saying, “Once you go back outside, if you don’t look out for your fellow man and woman, it cannot only kill your fellow man or woman, but it can kill you.” I really do look at this through a spiritual lens. I hope, through prayer, we can fully come out of this more united. We have to think in a united way. If we don’t look out, take care of and treat our fellow man and woman like we want to be treated, we can be destroyed. I think of the pandemic as a great opportunity for all of us to rethink our ways.